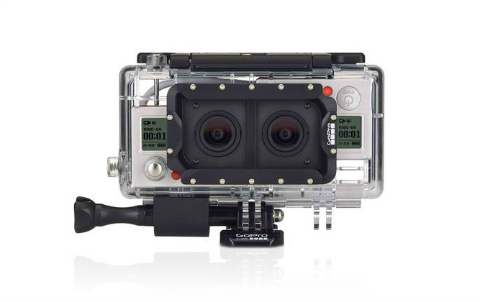 The Dual HERO System is a waterproof housing that can hold two GoPro Hero3+ Black Edition cameras and lets it capture videos and photos simultaneously, or record synchronized footage to convert to 3D. 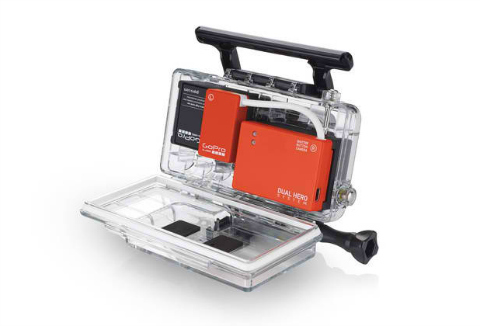 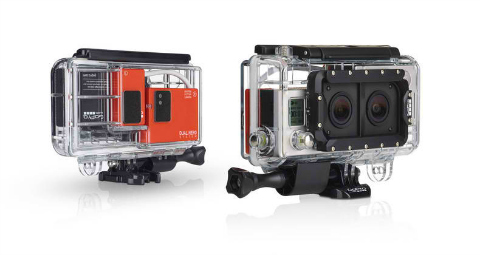 The Dual HERO System has a price tag of $200 and is available on GoPro’s website.