iON USA is a company specializing on point-of-view cameras ranging from home monitoring installations to action cameras for the adventurous. What we have in our hands is the Air Pro 3 that has a different look than the box-type shooters that we’re used to seeing.

Let’s take a closer look at what this sports camera can offer. 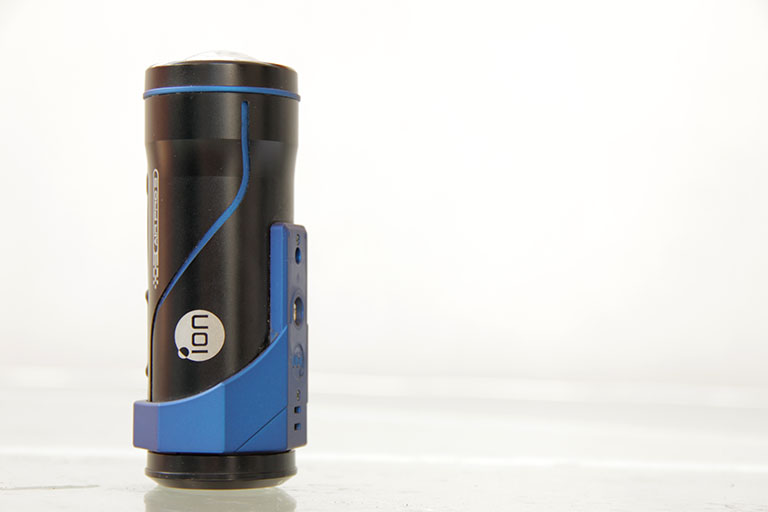 The Air Pro 3, just like the previous Air Pro 2, sports a barrel-like design that looks similar to a handy flashlight. The entirety of its exterior is built with tough aluminum so you know it could take some beating while used on different outdoor activities and adventures. It’s a bit hefty too at 142 grams, which for us gives it a more solid feel when you hold it.

Unlike the more popular action camera, GoPro, the Air Pro 3’s body is waterproof without having the need for another shell. It could dive down as deep as 49 feet from out of the box, according to the company. 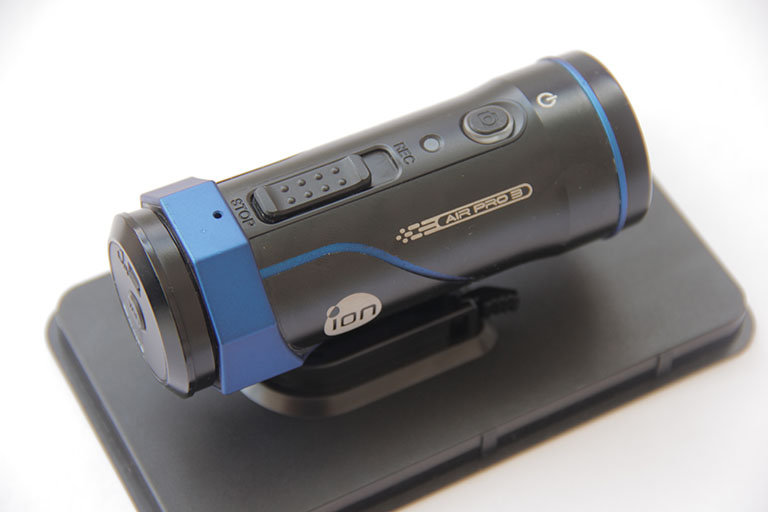 Up top is a slider for quick recording. This implementation makes it possible to record even without first turning on the device — perfect for those instances that you need to quickly record something and have no time to wait for the device to power up before recording. The main switch is also located here, just above the slider. 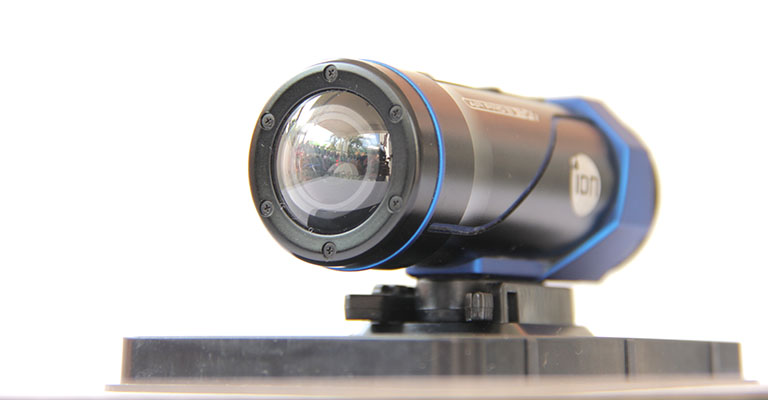 The Air Pro 3 touts a 12-megapixel CMOS sensor partnered an f/2.8 aperture. Focus is fixed, while the lens captures everything inside its 160-degree field of view. For comparison, GoPro’s HERO 4 has 170-degree FOV so it’s a bit wider than iON’s. 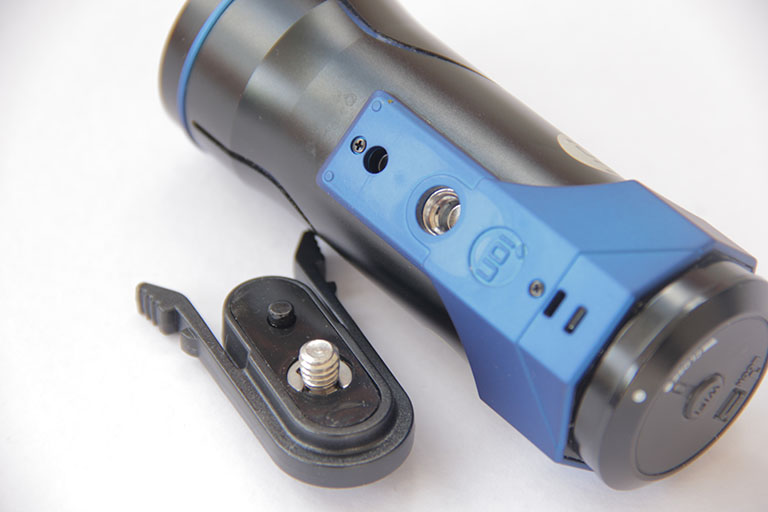 Turning it on its belly shows the standard 1/4”-20 attachment thread that allows it to be mounted on tripods and other third-party accessories, although the company has its own lineup of mounting kits that complement the Air Pro 3 including a rollbar mount, a chest mount, and a suction cup — all of which are not included in the package. 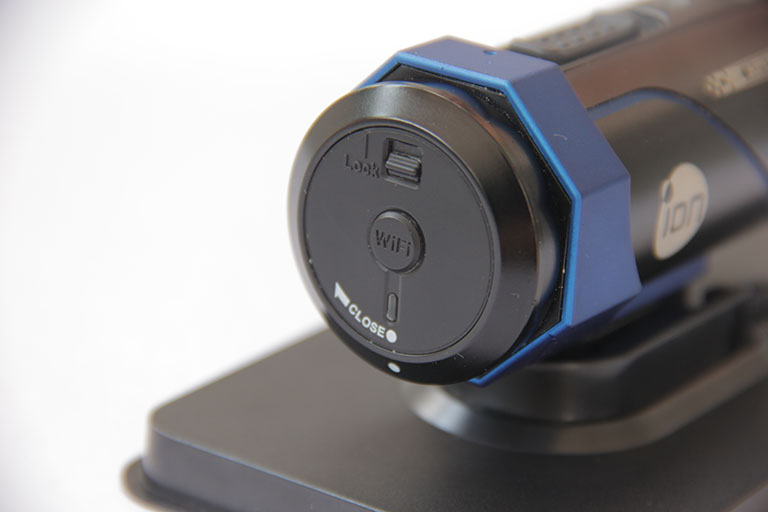 The back is where a protective cap protects the internals. iON calls them Podz and not all have the same features. Some are just normal caps to give cover to the connectivity ports, but the Air Pro 3 has the Wi-Fi Podz which, as you may have guessed, has Wi-Fi functionality. This makes it possible to connect Wi-Fi enabled devices such as tablets and smartphones to view and transfer files wirelessly. 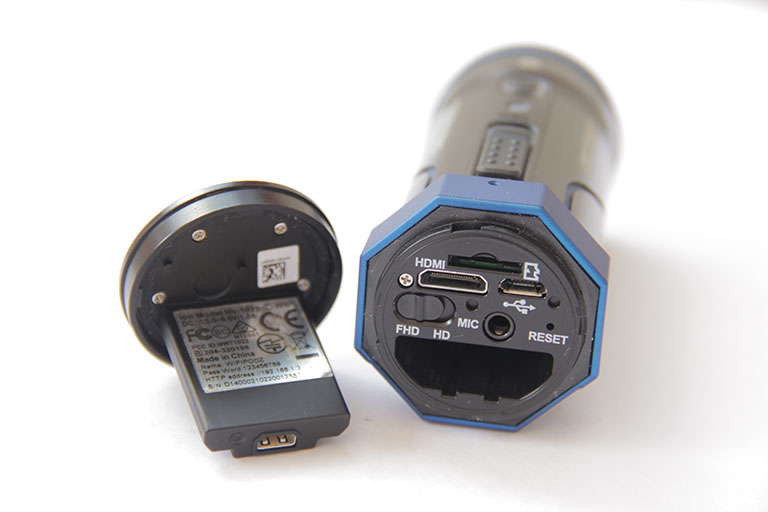 Removing the Podz will introduce you to the ports. Here we have the microSD slot that supports up to 64GB, a HDMI port for connecting to displays, microUSB port for charging its built-in battery, and a microphone jack. Keep in mind that you can still use the action cam even without covering the back-end. 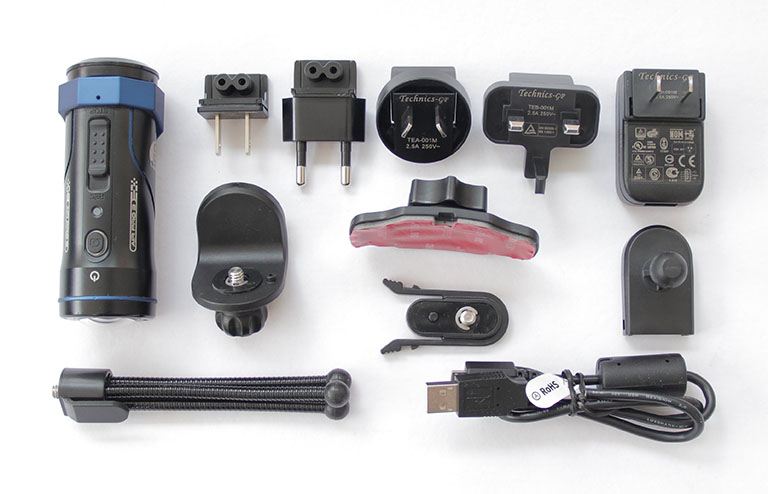 The package doesn’t come with an array of mounting kits like the Playground Cam100 that we reviewed. Basically you have different adaptors, a camlock, a helmet mount, a ball joint, a table top flexible tripod (which wasn’t so flexible at all), and a USB cable.

We’ve mentioned a few of what the Air Pro 3 could do, but they don’t stop there. Below is a quick rundown of its features:

Additionally, if GoPro uses unique beeps to signify the operations performed on it, the Air Pro 3 uses vibrations. The device vibrates once it starts recording and once again vibrates in a different pattern when recording stops, notifying its users of its actions.

As you may have noticed the Air Pro 3 isn’t as feature-packed than a GoPro since it doesn’t shoot at 4K resolution, has no picture quality enhancer, and other bells and whistles that its competitors boast. This is primarily due to the fact that this specific model has been released back in October of 2013. It had potential for its time but comparing it to recent releases, users might find themselves looking for an extra kicker in terms of features. Still, having a straightforward action cam that can do what it’s made for is pretty much useful to us.

Hit the next page to continue reading.