Headphones (or any audio-related equipment for that matter) aren’t exactly what comes in to mind when we speak of Kingston. Needless to say we were pretty hyped up when the HyperX Cloud stepped in to our HQ late last month. Full review coming up after the break. 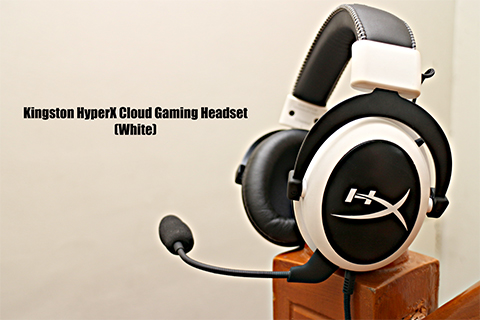 Although the HyperX Cloud is Kingston’s first venture in to the professional gaming headphone segment, the company isn’t a new player in the gaming industry. That being said, we were already kinda expecting to see a gaming headset from them sooner or later.

There are a total of three materials used in the HyperX Cloud’s surface. The flexible headband, as well as the soft memory foam on its underbelly, is covered in leather while the rest of the headset is either made of plastic or aluminum.

Each end of the black, leather-bound headband terminates in to a plastic piece that has smooth matte finish to it. Each of these plastic pieces holds one retractable aluminum arm with a brushed metal finish. 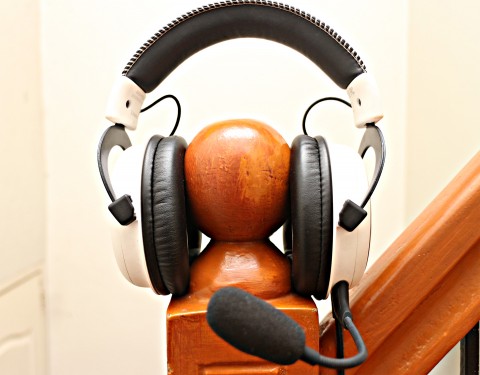 The external portion of the ear cups has a two-toned paintjob with the outer most section painted in black with white HyperX logo on it. Around it is a white plastic which has the similar texture with the plastic pieces mentioned earlier.

By default, the HyperX Cloud comes equipped with two cushy memory foams wrapped in leather. However, Kingston was kind enough to include a pair of microfiber foamies so you can swap the leather-bound foams if you’re not a fan of it.

On each of the HyperX Cloud’s cups are two exposed braided cables that connect the two together. A more robust braided cable can be found on the left ear cup which is neighbored by a 3.5mm audio port (for the detachable microphone) which is covered by a removable rubber piece with “Q-Pad” label on it. 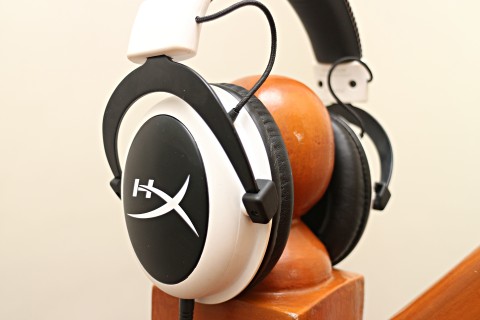 The included microphone and the standalone line-in controller have the same respectable build as the headset that it attaches to. The latter has a matte-rubber feel to it and comes complete with a sizeable mute button and volume dial.

One thing we like about the detachable microphone is that you can pretty much bend it any sort of direction without worrying that you might break it in the process. The malleable neck of the microphone terminates in to mouthpiece on one end and a male 3.5mm jack on the other that connects to a female audio port located at the left ear cup.

Despite its aluminum build, the HyperX Cloud is still very comfortable to wear even during long sessions. We can credit this to the well-padded surface that comes in contact with the user’s head, not to mention its headband that provides just the right amount of clamping force to keep the headphone in place, but not so much that it becomes cumbersome in the long run. Some people may find the HyperX Cloud’s braided cable a tad too short for comfortable use, especially if their PC tower isn’t that close to where they’re sitting. But in our opinion, it’s just the right length that one can still use even if their away from their gaming rig, and for those who find it a bit short, Kingston has included an extension cable with in-line remote control which extends the total cable length to 3 meters.

The HyperX Cloud is, in our opinion, probably the best gaming headset in the sub-$100 segment. The quality of sound, not to mention the wide soundstage, it has to offer is unrivalled by most of the similarly-priced headsets, even the more pricy ones, that we’ve tried in the past.

Our fondness of this gaming headset is mainly attributed to its 53mm driver that produces well-balanced sound output. It pays no specific attention to any of the portion of the sound spectrum making it not only an ideal gaming peripheral, but also a good music listening companion. The combination of the sizeable driver and roomy ear cups aided the HyperX Cloud to produce a spacious soundstage that feels really good to the ear, especially when we were playing FPS titles on our PC. Although we feel that it would’ve done a better job if it had an open back design instead of a closed one.

This headset also did pretty well in picking up even the faintest of sound and creating very good aural representation of the environment which, obviously resulted in to a truly immersive gaming experience. This is, of course, thanks in part to the great audio quality provided by the SupremeFX audio chip found even on the most wallet-friendly motherboard from ASUS, like the ASUS A88X-Gamer that we used during the course of this review.

As much as we’re impressed by the quality of the sound coming out of the HyperX Cloud’s 53mm driver, it was not the case with the detachable microphone that comes with it.

It was good for the most part and our voice was somewhat audible according to our friends. Although they were keen to point out that the microphone could use a little bump in the overall loudness and it was a tad too sensitive as it easily picked up background noise and wind during our conversations.

There are a lot of gaming headsets that you can buy for $100, but we can only think of a few candidates that can truly match the Kingston HyperX Cloud on performance and overall design. It’s one of those gaming headsets that sounds as good as it looks, which has become quite a rarity since the advent of gimmicky headsets that only offers one or the other. 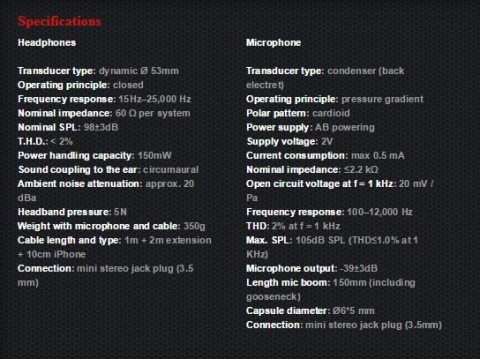 Yes, this is the first gaming headset that Kingston released (or rebranded which ever you prefer), and yes we can all say that they are fairly late to the game. But we’re happy to report that they did very well in choosing their first gaming headset and we’re excited to see what the company has in store for us with the release of the new HyperX II in this year’s CES.

Closest competitor is Logitech’s G35 and G430, both are good surround cans. 5k and 3.5k respectively.

Depends on what games you want to play.

This is actually a rebrand of the Qpad QH-90, which is a good gaming headset. Kingston added a microphone for their version.

Wow, great value! Thanks for the review!