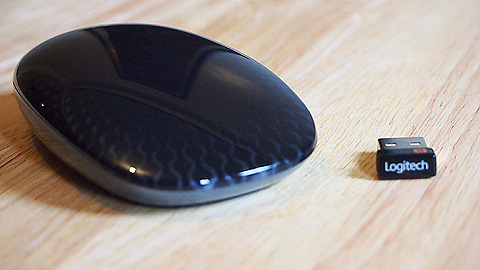 I’ve been a Logitech user for many years and have been a long-time fan of their line of mice. The Touch Mouse M600 is an attempt to create an all-touch mouse that’s similar to Apple’s Magic Mouse. I’ve also used the Magic Mouse for over a year now so I’ve got a pretty good experience of what Logitech is copying here.

It is hard not to compare the Touch Mouse M600 to the Magic Mouse because the idea initially came from Apple. However, this is not the first touch mouse that we’ve seen released for the Window platform. The Microsoft Touch Mouse was the first one we’ve used that came with this same feature and form-factor last year.

The M600 looks really sleek, has that glossy pebble feel, a marble finish with an odd pattern that reminded me of the whale sharks of Donsol. 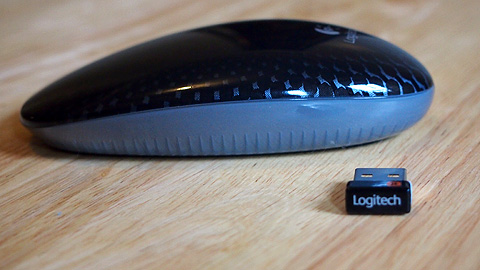 The smooth surface feels good on the palm of my hands but is a bit prone to be a little slippery if you have sweaty hands. Th pebble-like shape of the mouse makes it comfortable on the hands and the weight of the pointing device is just right (not too light nor too heavy when moving it around the mouse pad).

At the bottom of the device is where the battery compartment is situated along with the power switch for the integrated laser sensor.

I used to be a heavy mouse user until I moved to the Macbook Air and liked how the trackpad worked. When switching back to the mouse, I would always miss the gesture commands that the trackpad offers.

Touch mice like the M600 addressed this issue by offering a full touch-sensitive surface that accepts gesture commands. The response is pretty quick too and the rate of error on usability insignificant.

To get a better appreciation how the touch functions work, check out this YouTube clip:

The entire body of the M600 is also the button so making the left and right clicks will require you to press down a bit to fire up the action. Since it only has a singular button, the separation between the right and left click is somewhere in the middle. The positioning is pretty accurate that, when you rest your pointing and middle fingers on the surface of mouse, the click actions are just natural.

I’ve been used to a lot of gaming mice most of the time so switching to the Logitech M600 didn’t exactly spell any improvement. It’s good for regular use but not for very critical or super-accurate scenarios (like Starcraft or Counter Strike).

The fact that it has a singular button makes it harder for you to do the necessary right-click actions you would need in a split of a millisecond. 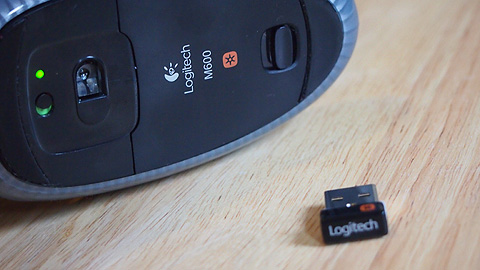 Where the M600 excels is when you are very dependent on a trackpad — the gesture commands are actually smooth and fluid.

The mouse uses two AA batteries but you can actually just use one battery and it will still work. This allows you control the gross weight of the mouse for a more comfortable use.

Update: It uses a proprietary Logitech Unifying device running at 2.4GHz frequency. It only supports Logitech devices as well.

The Logitech Touch Mouse is one of the very few full touch mice we’ve ever seen and used. It’s got a really good design, above-average performance and a nice feel to it. It’s got its share of shortcomings but that’s pretty much expected of any wireless touch mouse. Where we think it’s going to be very useful is when you are using a laptop with an awful trackpad (my Zenbook suffers from this fate). We haven’t seen any external trackpad for Windows PC (Apple has one for the Mac) so the next best thing is a full touch mouse — that is if you really prefer trackpads as pointing devices.

Announced way back in February, the Logitech M600 Touch Mouse is now available locally with a retail price of under Php2,800.

What we did not like:
â— Glossy surface can be slippery with sweaty/oily hands
â— A bit pricey, even compared to other Logitech mice

Where can I buy one?

where can you buy logitech products in manila? thanks.

Admiring the persistence you put into your site and in depth information you
offer. It’s awesome to come across a blog every once in a while that isn’t the
same outdated rehashed material. Fantastic read! I’ve bookmarked your site and I’m adding your RSS
feeds to my Google account.

“The USB Bluetooth transmitter also supports up to 6 BT devices so youâ€™ll never ran out of posts to hook up other wireless devices.”
By posts, you mean ports? It’s a bluetooth mouse? Not RF? If your laptop already has bluetooth, can you not use the dongle and just connect the mouse directly with the built-in bluetooth of the laptop? Thanks.