The MTRCB released a new statement yesterday that it is prioritizing the discussion on the regulation of online streaming services in the Philippines. These services will likely include Netflix, Amazon Prime, Hulu, Viu, Vivamax and similar sites/services that stream movies.

This is after it has repeatedly received complaints from various groups, especially parent groups about streaming content that should be regulated to protect kids watching them online. 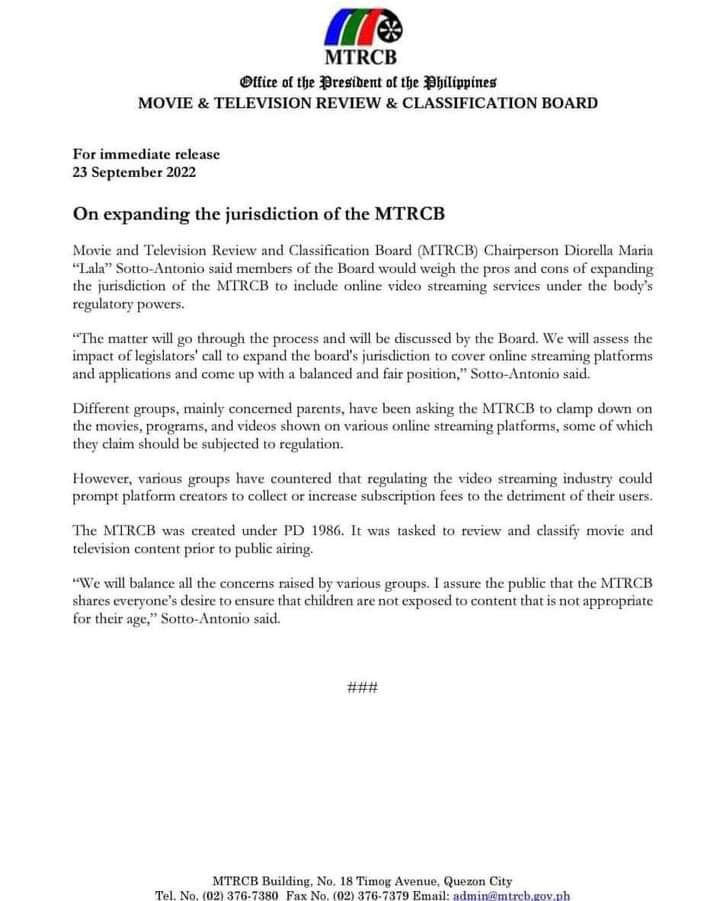 This is not the first time that MTRCB has been studying the regulation of online content. In 2017, the head of the Movie and Television Review and Classification Board (MTRCB), Rachel Arenas, wanted regulate the movies that are not yet available in cinemas but can be viewed on the internet.

Then again in 2020, MTRCB sought the content regulation of online streaming services, such as Netflix, in the Philippines. The government agency expresses its need to rate TV series and films available on the streaming services during the lockdown. This is to check the digital content platforms’ compliance with the MTRCB law.