There are a lot of wireless speakers available in the market today that function through the use of Bluetooth, but the selection narrows down when you look for a Bluetooth speaker that’s really easy to carry around. The SOL REPUBLIC Punk is a compact wireless speaker that promises to be able to tag along anywhere you go. The Punk, as we’ve already established, has a small form factor. It has a square body that easily fits inside the hand and at just 318 grams it’s also pretty light. Its design follows the company’s grid-like patterns across the entire face which we’ve seen with the DECK Bluetooth/NFC speaker that we reviewed before. 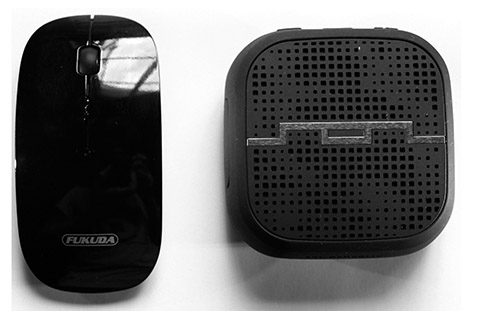 This compact speaker equally measures 5,1 inches in length and width, and is no bigger than an average computer mouse. It is surrounded with a rubber protection making it able to withstand accidental drops and liquid spills, while the top and bottom are made of hard plastic with matte finish. 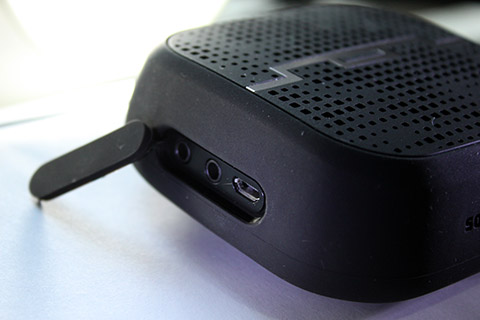 It has a rubber flap on the side that covers its microUSB port, Audio IN, and Audio OUT via 3.5mm jacks. The IN port connects a music player to the Punk using a cable, while the OUT port lets users connect the speaker to another (maybe bigger) speaker and use the Punk as a Bluetooth streamer. This flap also seals the opening from water or dirt — as the entire device is water, dust, and shock resistant. 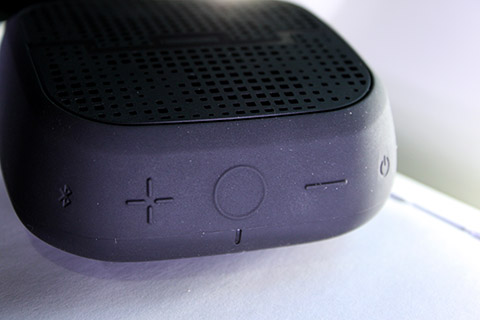 Navigational buttons for the Punk come embedded inside the rubber protection and can be accessed by pressing said rubber that are textured to represent the buttons. Referring to the above photo, we have the Bluetooth, volume up, play/pause, volume down, and power buttons. There is also an LED indicator below the play/pause button to indicate power, battery, and Bluetooth pairing.

Underneath, SOL REPUBLIC made a threaded mount so you can use it on more instances. For example, it can be attached to the handlebars of a bike using an additional bike mount so you can still listen to your music while going for a spin. It’s a nice touch and it shows that the company was thoughtful enough to include it and add more ruggedness to the device. As for sound quality, its drivers give out bigger sound than you’d expect. It can go loud and would fill a medium-sized room. We also took the time to mount it on a bike as mentioned earlier and it provided good volume for us — and those near us while on the street. Sound quality was overall clear, although turning it up to the maximum volume showed some slight distortions.

Highs and mids are pleasant, but the lows/bass are lacking. This is quite understandable since the Punk was made to be as portable as possible and not to sound perfect.

Through Bluetooth, the company boasts that it can go up to 60 feet which is around double the usual range of an ordinary Bluetooth speaker. So we left the speaker in one room and tried moving the wirelessly-connected device in different rooms to see where the connection would be cut off, and we had to go one floor down and into the room on the opposite side of the house until the signal was interrupted. We’ve never reached this far with the previous Bluetooth speakers while testing them, so that’s good news.

The company claims it can last 8 hours of continuous playback, but it only got us a few minutes past 2 hours. Keep in mind, though, that we streamed music via Bluetooth and set the volume to maximum. The stated battery life probably refers to playing music through wired connection and moderate volume. 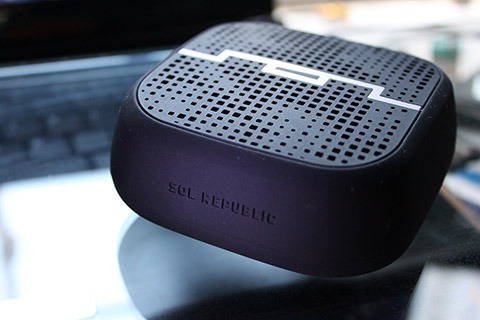 SOL REPUBLIC’s Punk is a handy speaker to have around. It not only functions well indoors, but also outdoors with its protection from water, dust, and accidental drops. The strength of Bluetooth connectivity was above average and it won our favor. If you’re out for an ultra-portable wireless speaker, make sure to put this lil’ Punk on your list.