Case makers usually have access to the design of upcoming devices ahead of time which gives them leeway to come up with cases for it. Case in point is Verus, a smartphone case maker headquartered in Korea, which recently posted a handful of press renders of the Samsung Galaxy Note 5 wearing different Verus cases. 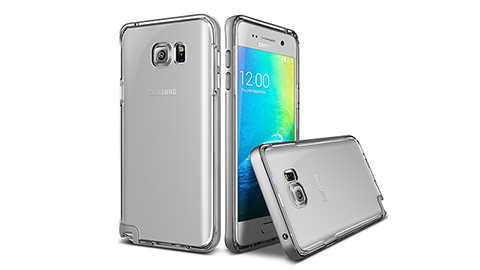 The set of pictures that Verus has uploaded shed some light on some of the minor changes on the SGN5’s design. From its previous location just below the rear camera, the LED flash unit is now moved to the right side of the rear snapper.

The placement of the two sensors above the display was also altered on the latest model, moving it to the left side of the handset’s earpiece. This adjustment allowed Samsung to move the front-facing camera closer to the center of the smartphone, on the right side of the earpiece, instead of its original location near the top-right corner of the phablet.

Lastly the audio jack at the top of the Galaxy Note 5 was moved to the spot where the IR blaster was previously situated.

So far the rumor mill has churned out bit of information about the upcoming handset’s specifications. These include USB Type-C, 4GB of RAM and a massive yet non-removable battery pack.

If past releases are anything to go by, Samsung is slated to unveil the fifth iteration of the Galaxy Note on September, in time for this year’s IFA in Berlin. However, there have been speculations that the Galaxy Note 5 may be unveiled next month along with the rumored Samsung Galaxy S6 Edge+.