We once again have a dashboard camera on our hands shortly after testing out the HP f310. This time around, it’s from Zumi so join us as we take a look at how this Php3.3K device performs on the road. If the HP f310 carries a square form factor, the Zumi dash cam has more of a rectangular shape with the main shooter situated at the middle. It is also very much protruding, unlike the f310 which has a more subtle sensor placement. Although in reality, it won’t actually matter since it’s going to be unnoticed once mounted in the car.

In addition, the Zumi dash cam boasts a 140-degree wide-angle lens with A+ grade resolution that could record Full HD videos. Connectivity ports are found up top, with HDMI, mini USB, and AV jack flanking the mounting system in the middle. 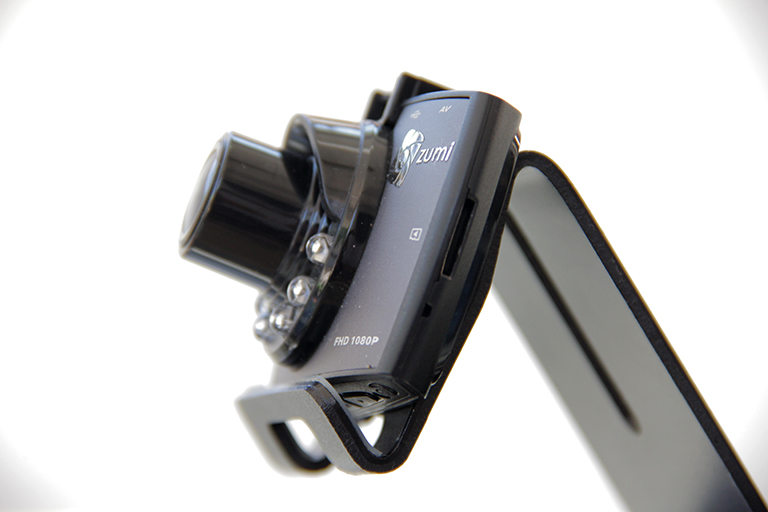 On the left we have the slot for a microSD card which can handle up to 32GB to store files in. It’s nice for the company to include an 8GB card (class 4) to go along with the bundle. It isn’t much but will surely suffice for the Zumi dash cam. 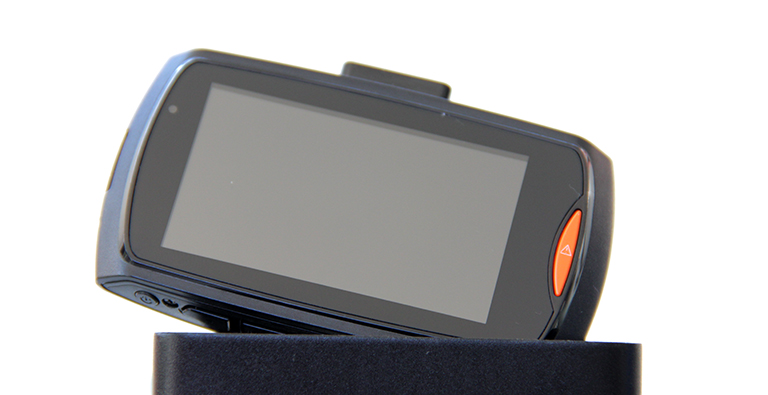 The 2.7-inch LCD display is at the back where you can view and playback images and video files. It also has an SOS button that manually saves and protects the files with just a press of a button. 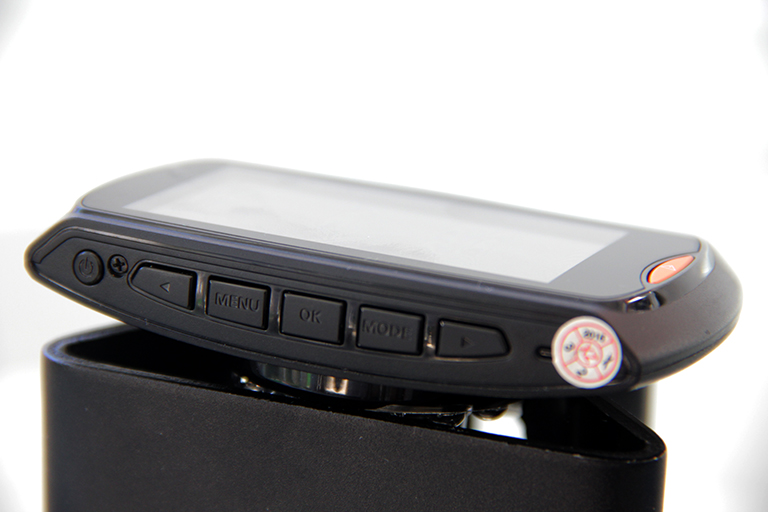 Navigation buttons are found under the device. 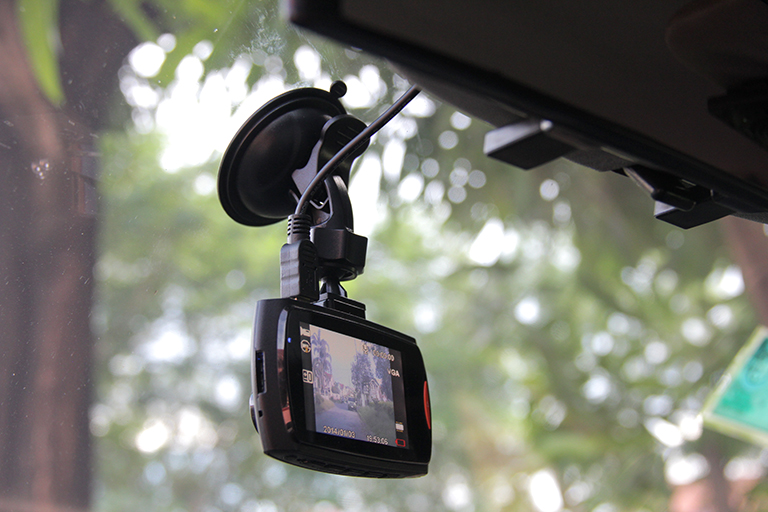 Setting up the device is fairly easy. Simply attach the dash cam to its suction mount, connect the power cable that goes straight to the lighter outlet of the car, and you’re good to start recording your drives. 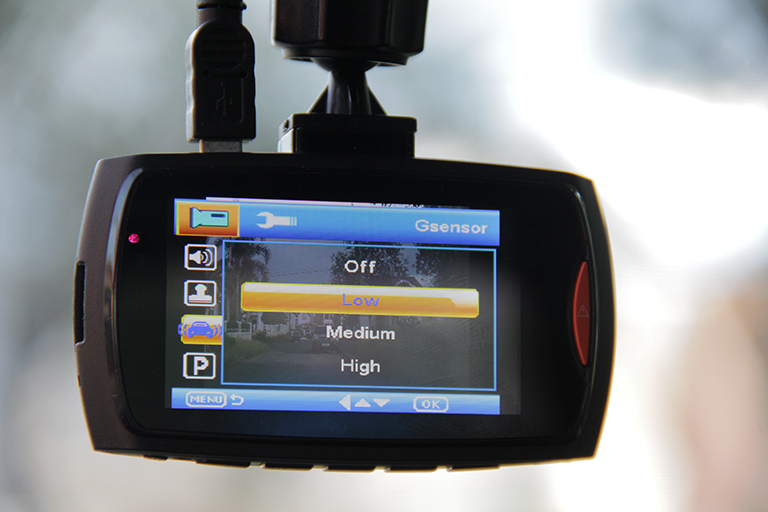 The Zumi dash cam has also been equipped with an array of features that should help in properly documenting your travels.

We liked its auto ON/OFF function particularly since it didn’t come as an automatically-applied feature with HP’s f310. Every time we started the car’s engine, we needed to press record right before we leave; this wasn’t the case for Zumi’s dash cam.

Its loop recording capability is also an essential when it comes to dashboard cameras in order to save storage space. What it does is take videos continuously and once it reaches its limit, it records over the old footage. When something special happens and you want to save that specific clip, just press the SOS button for the device to separate that video and not record over it.

Additionally, it also takes 5MP photos for shooting an aftermath of an accident, for example. 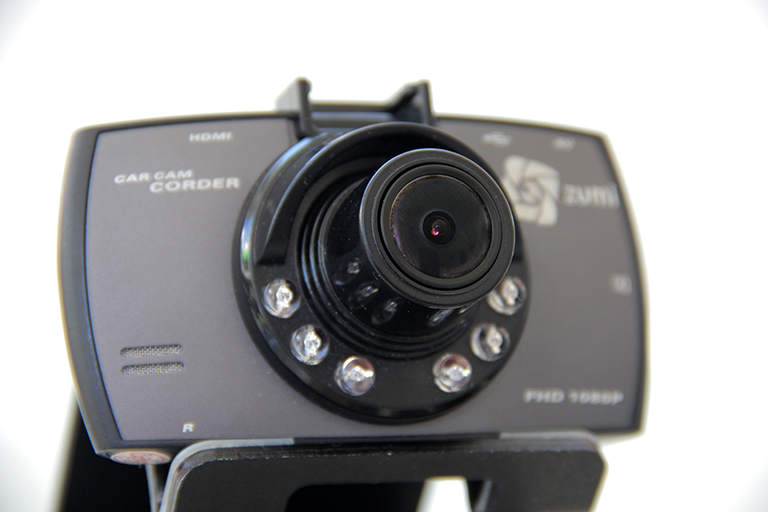 Sporting a 5-megapixel camera with CMOS sensor built-in, the Zumi dash cam performed decently throughout our entire time with it. Image quality is passable, but don’t expect super clear resolution on this thing. It’s important to keep in mind that you’ll be using this for documentation or proof when involved in an accident, and not really for shooting spectacular scenery.

At night, not much detail is seen except for the tail lights of vehicles in front of you. It could still serve its purpose, but once there are no tail lights are around, you’ll most likely be seeing pitch black footage as seen on the sample video. Needless to say, the 6-piece LED light didn’t help a lot. One more thing we noticed was that some of the footage we recorded had problems with playback. The image seemed to be cut up top and continued down at the bottom. It was randomly experienced and could be due to a bug within its software. It’s not much of a big deal and it could even be an isolated case, but it’s something that we think our dear readers should know before buying the device. 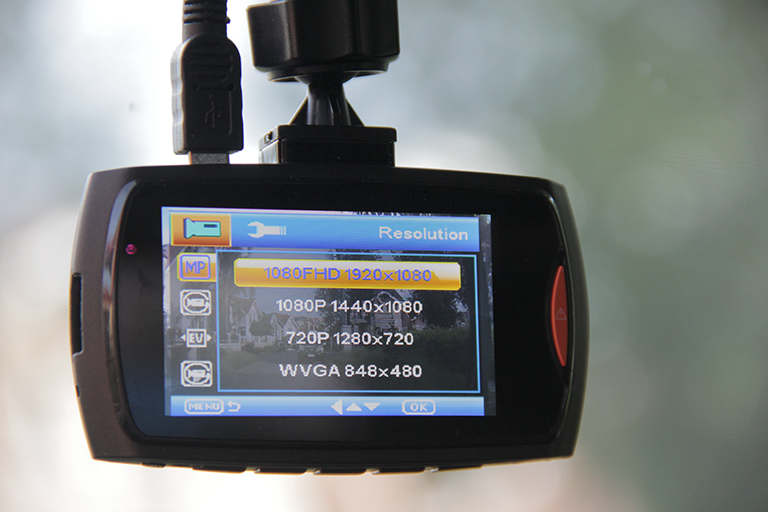 Zumi’s dash cam is capable of recording in a variety of resolutions:

Overall, we still prefer the HP f310 in terms of picture quality. Check out the sample video below showing the quality in the morning, at night, and a side-by-side comparison between the samples of HP f310 and Zumi dash cam.

During our time with the Zumi dashcam, we would say that it gets the job done of recording your travels decently. It’s also pretty straightforward to use and comes packed with handy features normally seen on more expensive models.

It has some drawback, though, at night where it proved hard to see and what could be a bug when it crops the video awkwardly. But other than that, we had no major gripes with this device and is actually more affordable than the Php8K HP f310. It also comes with its own microSD card so that’s one thing less to worry about.

The Zumi dash cam can be bought for Php3,300 and is now available at Lazada (Php3,500), Kimstore, and their website at www.zumi.ph.