Facebook’s dedicated messaging app, Messenger, has entered a new platform with the launch of Messenger for Web browsers.

The Web version of Messenger works similar to the Messenger app for Android and iOS. The only difference is that it works via web browser. All you need to do is go to Messenger.com and sign in with your Facebook account. 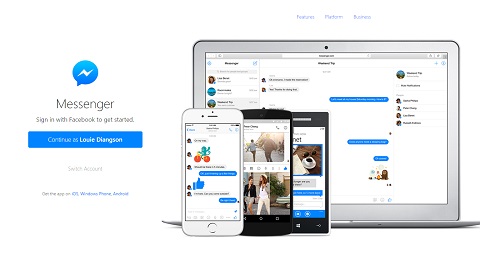 Like its app counterparts, Messenger for Web offers a distraction-free experience as it concentrates on messaging alone. However, you can still access your messages at Facebook’s main site if you prefer to do your messaging there.

Facebook’s Messenger for Web browsers is still being rolled out. We were able to test it out but became unavailable after a few minutes. If you’re interested just head to Messenger.com to give it a shot.