Taking place in San Francisco, Apple is gathering all developers once again for an event this upcoming mid 2014, June – their Worldwide Developers Conference, where they usually highlight and announce new Macs, MacBooks, operating systems such as OS X and iOS and of course, apps. 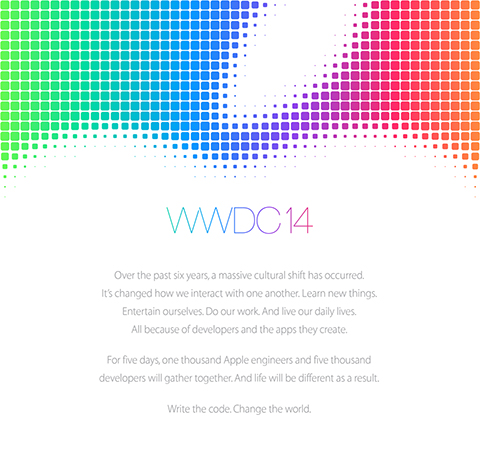 Observing the trend, we are guessing that this year, Apple could be announcing iOS 8, an update to OS X and if we’re lucky, slightly upgraded MacBook Pros & Airs. Recent news also suggest new apps are on the way – Healthbook, Preview & Text Edit. As for those waiting for the much rumored iPhone 6, you still have to wait sooner as no one thinks it’s launching this early.