Apple has sent out invites for a March 7 announcement and by the looks of it, the most likely product is the next-generation iPad (we still don’t know yet if it’s going to be called iPad HD, iPad 3, iPad 2HD or 2S).

Speculations point to a number of new features, including an HD resolution (something like Retina Display), a quad-core processor and possibly options for LTE modem. 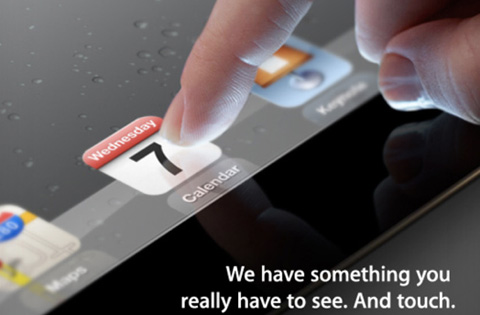 In any case, we anticipate that all these announcements at the Mobile World Congress about all sorts of Android tablets can be matched by Apple’s tablet come March 7.