iPhone 6 Plus in the flesh, first impressions

iPhone 6 Plus in the flesh, first impressions

Earlier this week, we posted our review of the iPhone 6. We eventually got its bigger sibling, the iPhone 6 Plus. And they shared a lot of things in common, there were a few upgrades that puts it at a better spot.

The biggest and most prominent feature of the iPhone 6 Plus is its size. We originally thought it would be just as big as the LG G3 which also has a 5.5 inch display but turns out it’s way bigger and more like the size of the Galaxy Note 3 or the figure of the Nokia Lumia 1520. 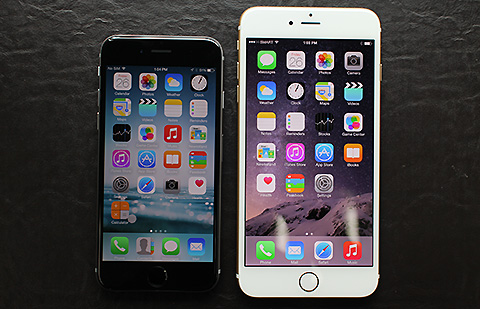 So yes, the iPhone 6 Plus is legitimately a phablet. That’s why there’s a lot of noise regarding this year’s release since Apple has resisted even going the way of major flagship device in the range of 4.7 to 5.0 inches, then suddenly they made a sizable shift to 5.5.

The general idea is that bigger is better but in the case of the iPhone 6 Plus we felt the small iPhone 6 has better feel and grip on the hands. It’s a bit heavy on the hands you’ll always end up using both hands when using it.

The iPhone 6 Plus that we got was the champagne gold with white front panel. The gold color is prominent at the back with band-aid like stripes of white. It did not strike us as a nice color combo so we’re more inclined to pick the space gray since the variations are more subtle. 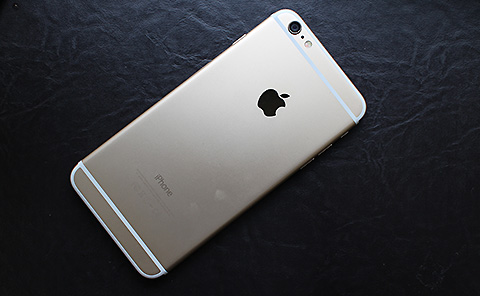 Apple has also finally gone full HD (1080p) after being stuck with sub-720p (Retina Display) for over 7 years. We were also expecting more additional rows for the icons but it runs out there’s only one extra row just like in the iPhone 6. That means bigger icons than what you’re used to with the previous iPhones. Apple has managed to maintain the aspect ratio at 16:9 so apps and games will scale just fine.

Just like the iPhone 6, the full HD display of the iPhone 6 Plus looks stunning, clear and crisp. We’re hoping the bigger 2,915mAh battery capacity would support the huge display and maintain an acceptable battery life (more on that during our standard battery bench). As for that #BendGate issue with the iPhone 6 Plus, we actually tried and failed. Perhaps with enough pressure and stress, it might buckle the same way any other phablet would at this size and form factor.

It just feels a bit weird that we’d see an iPhone this big. In any case, this is another experiment that Apple is testing to see if they’d be able to push some more numbers in their smartphone market share. Perhaps, this could finally be the time the iPhone 6 Plus can do what the iPhone 5C failed last year — attract more users.

The iPhone 6 and iPhone 6 Plus are not yet officially released in the Philippines but you can still get them thru online stores like Widget City.

More on this on our full review of the iPhone 6 Plus. For the meantime, check our iPhone 6 review here.