Why I'm not impressed with the iPhone 5

Why I’m not impressed with the iPhone 5

Apple is known for its brave innovation that lead to the existence of amazing products. These products are one of the reasons why there’s a sudden rush in the advancement of mobile technology that we are experiencing today. But with the iPhone 5, do you think Apple is still being innovative or just playing catch-up? 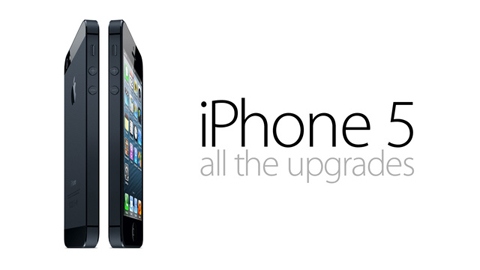 You’ve seen the specs of the iPhone 5. Compared to its predecessors, yes, it has improved a lot and is the best iPhone yet. But did it bring something new to the table? Has Apple’s focus drifted to just improving rather than innovating? Has innovation stopped after they introduced the iPhone 4’s Retina display or the iPhone 4S’s Siri?

“How do we improve on something that’s so extraordinary?” – Greg Joswiak (in creating the iPhone 4S)

Let me explain why I see the iPhone 5 as an indication that Apple starts playing catch-up. Let’s start with the display. When Apple’s competitors started manufacturing smartphones above the 3.5-inch range Apple defended that 3.5-inch is the most optimized display size for human hands. Yet here we are with the iPhone 5’s 4-inch screen. They threw the same argument for the iPad’s 10-inch display and now we’re getting reports of a 7-inch iPad in the works. See the new trend?

“Just give me something that works, and I don’t care how it does it.” – Steve Jobs

Next is iOS 6. Yes it is better but most of its new features are already on Android. Turn-by-turn navigation? Nokia Maps have been doing it for years. Panorama photo and Facebook integration? I’ve seen that before. Smarter Siri? Siri doesn’t WOW me anymore. To sum it up, they’re good upgrades and it all works for Apple. They will still sell millions of iPhones but it’s going to be in a decline. It won’t stand out much to consumers who are starting to love Android more and more every day.

Like I said, I’m not impressed with the iPhone 5. I would have been if I have the iPhone 4 and blacked out for the past two years. Will I get the iPhone 5? If I own an iPhone 3GS or 4, I would definitely consider the upgrade. But having a 4S, I’ll pass. The iPhone 4S will surely suffice. I’ll just wait for the next innovative thing.