On the latter part of my report, I mentioned that although the provisions under the House Bill 1180 are aimed at improving the work environment of BPO workers, there are some things that I feel like are a little bit over the top. In this segment, we’re gonna take a closer look at the bill’s key proposals and share with you my thoughts about it.

Just so everybody’s on the same page, here are the proposals under the HB 1180 that we’re taking a closer look at:

1. Regularization of all BPO workers upon the sixth month of employment as trainee or apprentice, or upon the completion of a maximum probationary training period of six months.
2. Standardized restroom breaks not shorter than five minutes each, with intervals of two hours during their working hours.
3. Entitlement to medical benefits upon entry in the BPO company and not merely upon regularization.
4. Right to Self-Association, to engage in Collective Bargaining, and to participate in Democratic Exercises.

Regularization of all BPO workers upon the sixth month of employment as trainee or apprentice, or upon the completion of a maximum probationary training period of six months.

To be honest, I was surprised to see the this on the list, because all the while I thought that by default an employee should be regularized on his/her 6th month of employment. That is, of course, if he/she met the goals set by the company stated on the employment contract and has not violated any grave offense during his/her stay in the company. 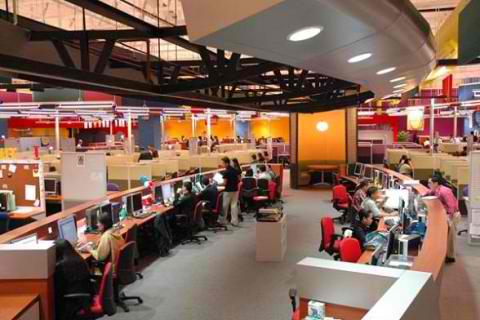 In all of the BPO companies that I’ve worked for, I am happy to report that all of them have this one in place. But the fact that it’s on the list gives me an impression that not all companies comply to this or the Party list just want to make it official. Either way, I think that it should be the protocol for all companies, not only for BPO companies.

Standardized restroom breaks not shorter than five minutes each, with intervals of two hours during their working hours.

If passed, the bill gives BPO employees another 20 minutes (minimum, might be even more) worth of off-the-phone time on top of the accumulated an hour and a half meant for lunch and two 15-minute breaks. That extra 20 minutes may not be that big of deal to some, but in an industry where every second counts, 20 minutes is huge.

I don’t know about you, but of the four, I think this one’s probably the least favorite of mine. Don’t get me wrong here, I know for a fact that break times are a crucial part of work and I’d be a hypocrite if I say that I didn’t enjoy extra time-offs when I was taking in calls. However, it was when I moved up the ranks that I realized that absences, lates and over-breaks (regardless of the length) have a huge impact on the overall productivity of the team and the account as a whole.

I guess what I’m trying to say here is that we also have to look at the business side of things and not limit ourselves with our personal needs. If I have a say in this bill, I’d suggest that instead of 5 minutes bathroom break every two hours, they can propose to extend the first and last break from 15 to 20 minutes. But even that is a bit of a stretch if you ask me, but certainly not as ridiculous as theirs.

Entitlement to medical benefits upon entry in the BPO company and not merely upon regularization.

Apart from the competitive salary, another thing that lured Pinoys (particularly those who have dependents) to jump aboard the BPO bandwagon is the medical benefits they get through a company-provided health card. Some companies provide their employees with a health card as soon as they start, while others prefer to wait until an employee becomes regularized.

And while I don’t have anything against this proposal, I’m afraid that some employees might misuse this privilege if and when the House Bill materializes. I’m not gonna go into the details ofthe act, but it has a bad effect on both the BPO company and health card provider.

Right to Self-Association, to engage in Collective Bargaining, and to participate in Democratic Exercises.

Just like in other industries, I think BPO workers should have the right to form a union and be able to participate in activities wherein they can voice out their concerns. Therefore, I think it’s great that Kabataan included this as one of the key proposals under the HB 1180.

As far as the four principal proposals of the House Bill 1180 is concerned, I personally think that it’ll significantly improve the working environment of BPO employees here in our country.

However, as I pointed out earlier, it’s also important to consider the impact of some of these proposals on the BPO industry. I fear that if we pushed things a bit too far, then these companies might be forced to take their business elsewhere, leaving more than quarter of a million Pinoys jobless.

As a previous BPO employee, I understand that there are concerns that need to be addressed and having such bill is the first step to resolving these issues. But honestly speaking, I think that most BPO workers are already enjoying benefits and amenities that employees from other line of work can only dream of. And the worse part, not only are they not getting even the most basic benefits such as SSS, PhilHeath and Pag-Ibig, most of them are even underpaid.