With the Samsung Galaxy Note8 coming at the end of September, the two big network providers, Globe and Smart, have released their postpaid plans for the device. 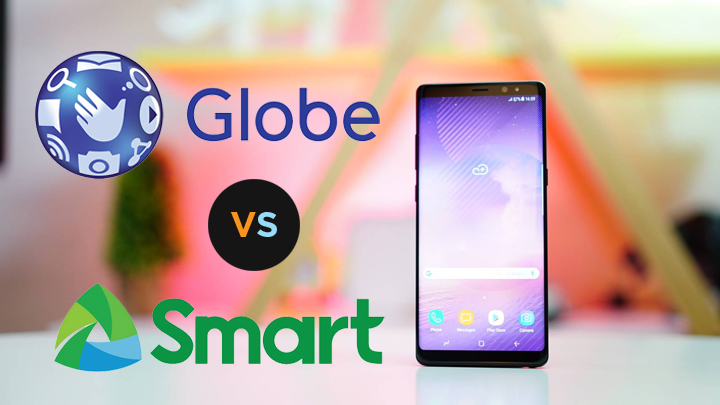 Consumers might have trouble choosing which plan to pick. Here is a comparison between Globe and Smart’s postpaid plans for the Samsung Galaxy Note8.

Smart’s Plan 999, has a fixed service package. It has 50 minutes of All-Net calls with Php4/minute discounted calls for Smart/TNT subscribers, unlimited all-net texts, and 10GB data allocation with 500MB data for Facebook, Messenger, Whatsapp, and Viber. It also has a free AKG speaker and a 1-month subscription for iFlix. Consumers will have to pay Php2,499 for 30 months with an initial cashout of Php3,499. The total contract cost for this plan is Php78,469.

Globe’s Plan 999 services on the other hand, have a default package that has unlimited calls and texts to Globe/TM subscribers only. It has a 4GB allocated data cap. It also has subscriptions for Netflix (6 months), Spotify (3 months), and Gadget Care (1 month). As for its freebies, the Samsung Galaxy Note8 will have a free AKG Speaker upon renewal of the contract. Consumers will have to pay a Php34,800 cashout and continuously pay Php2,449 for 24 months for the contract to be finished. The total contract cost for this plan is Php58,776. Take note that Globe’s ThePLAN is flexible with its service packages, so consumers may choose which one best suits them.

Upon checking both postpaid plans, Globe’s plan 999 is visibly cheaper in terms of total contract cost since consumers will only pay Php2,449 a month for 24 months. Service-wise, Smart’s plan 999 appears to have more to offer in its service, since it gives more data allocation for the consumers, even though they would need to pay Php 2,499 for an additional 6 months, comparing with Globe’s 24-month contract.

Which plan would you choose? The one that aims for a cheaper price, or the one with a better service?

Let us know your thoughts, leave your comments below.

Disclaimer: Comparisons are based on the MSF cost.