Smartphones are getting more and more powerful over the years, and the improvements can be seen not just in flagships but in budget-friendly devices as well. We now have PHP 10,000 phones with faster chipsets, better cameras, more security features, and better build quality. Three good examples are the Huawei Y6s, Samsung Galaxy A10s, and OPPO A5s, however, not all of them are made equal. For this article, we’ll break down the comparison into several categories to see which phone our budget-conscious users should get. 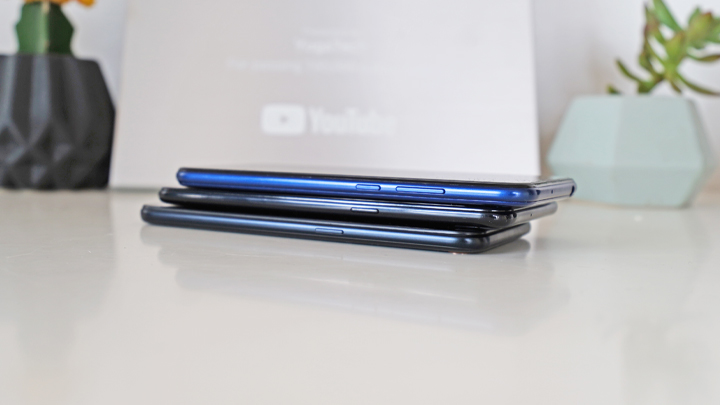 While the Huawei Y6s, OPPO A5s, and Samsung Galaxy A10s have plastic bodies, none of the three looks or feels cheap, as all of them feels solid and well-built. However, the Samsung Galaxy A10s feels more seamless due to its unibody design, which creates this nice, uninterrupted curve that feels right on my fingertips. 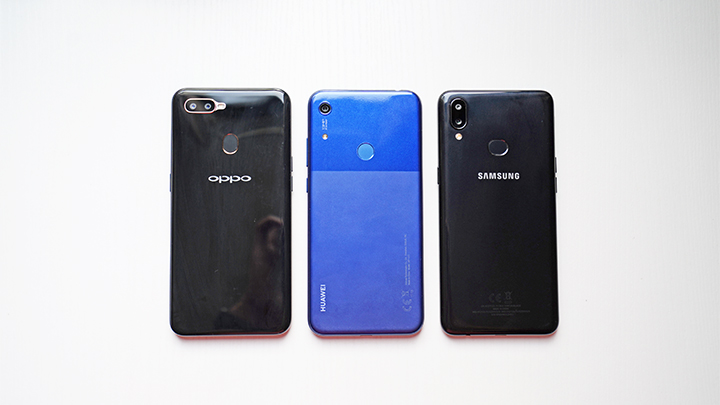 The two-texture finish on the Huawei Y6S stands out though, as the Samsung Galaxy A10s and OPPO A5s look almost similar if not for the branding, gold accents on the camera, and camera orientation. 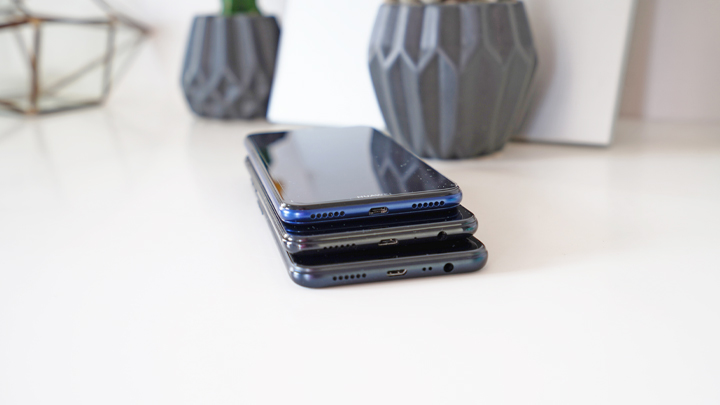 In terms of size, all three are within a couple of millimeters of each other. The thickest one of the bunch is the OPPO A5s, measuring 8.2mm while the thinnest is the Samsung Galaxy A10s, measuring 7.8mm. They also come with the same ports: a MicroUSB and a 3.5mm audio jack. 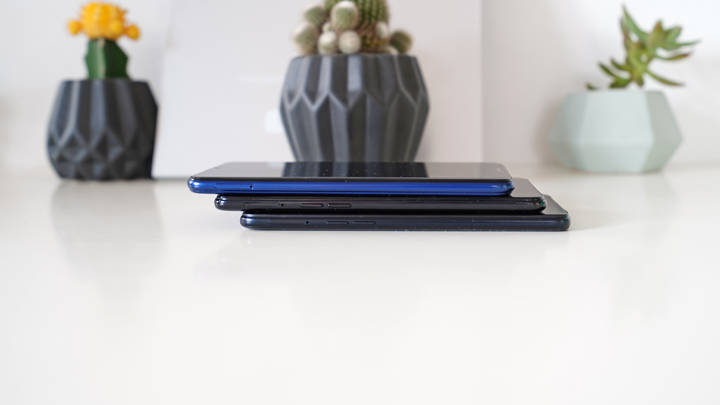 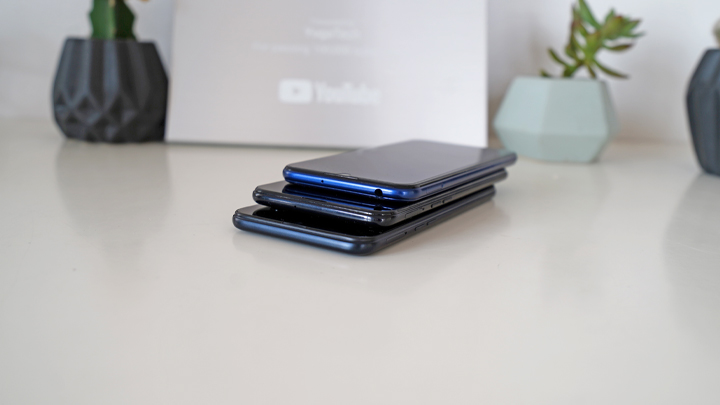 Overall, we liked the Huawei Y6s the most. It has quick and reliable biometrics, an eye-catching design, and a slightly thinner body that allows for one-handed operation. The Samsung Galaxy A10s is a close second due to how great it feels in hand, with the OPPO A5s not too far behind. 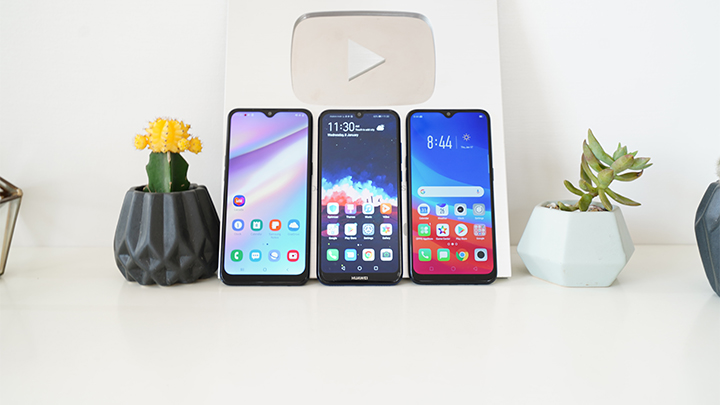 All three phones are using an IPS display, so you can expect great viewing angles from any of them. However, when it comes to brightness and vivid colors, the Samsung Galaxy A10s wins out of the three. Images are sharper on the Huawei Y6s thanks to its denser pixels, though the whites appear a bit warm even with the eye filter turned off. We did notice, however, that while we were streaming content on Youtube, the speakers on the Huawei Y6s was the loudest. Huawei’s SuperSound technology was able to give the Y6s an edge in audio. When it comes to protection, only the OPPO A5s is equipped with Corning Gorilla Glass 3, while the rest have no protection in place.

If I were to pick one, I’d choose the Samsung Galaxy A10s because I enjoyed viewing content on it the most, although the warmer colors on the Huawei Y6s was less eye-straining. 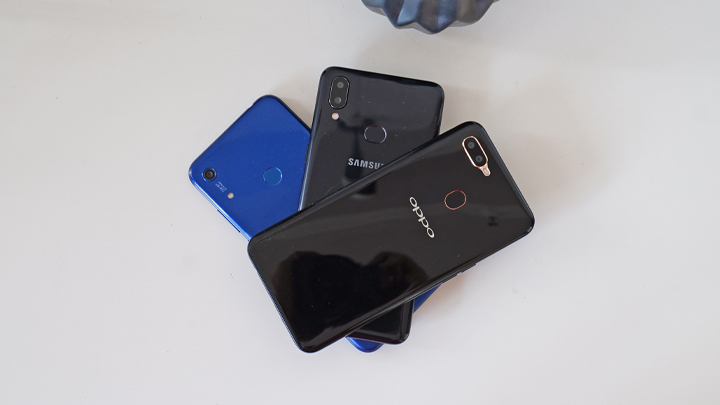 As most of you know, the number of pixels and cameras doesn’t always guarantee excellent image quality, so here are some sample shots for you to compare.

The Huawei Y6s’ rear cameras produce the best photos out of the three, able to capture more detail and contrast. However, some images appear overexposed, especially when shooting under direct sunlight. The trend continues for the front camera, as it was able to capture more light and less noise when taking selfies even at night.

Overall, the OPPO A5s performed the best in terms of benchmark scores. 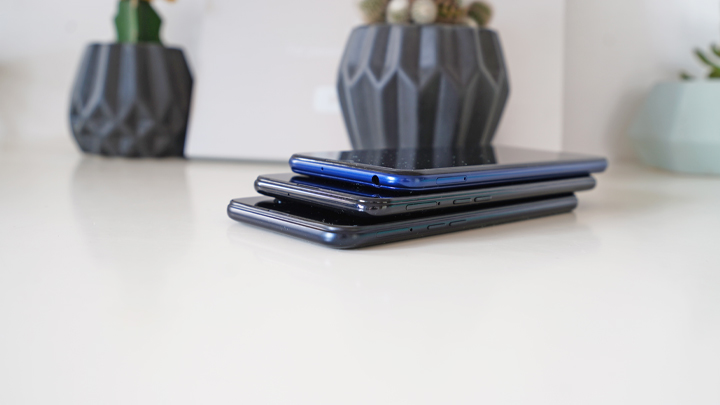 Aside from the processor, another critical component that affects performance is the phone’s RAM capacity. Both the Huawei Y6S and OPPO A5s have 3GB of RAM capacity, while the Samsung Galaxy A10s only has 2GB.

Before going over our usual battery test, let’s first take into consideration the battery capacities of the devices. The OPPO A5s has the largest battery capacity, with 4,230mAh followed by the Samsung Galaxy A10s with 4,000mAh, and lastly, the Huawei Y6s, which only has 3,020mAh. None of these budget phones feature fast charging. Moving over to our standard video loop test where we put the phones in airplane mode, play a 1080p video at 50% brightness and 50% volume, we got these results:

The OPPO A5s wins in the battery department, followed by the Samsung Galaxy A10s, with the Huawei Y6s coming in last. 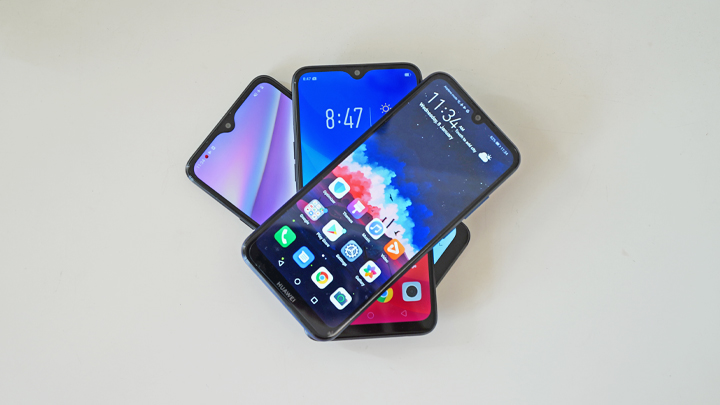 The Huawei Y6s comes with EMUI 9.1, and the Samsung Galaxy A10s comes with OneUI, which are both Android 9. The OPPO A5s comes with ColorOS 5.2 on Android 8.2. While there’s no word when OPPO will be releasing an Android 9 or 10 version for the A5s, they are, however, still giving it regular software updates.

When it comes to the different Android skins, each has its pros and cons, so it’s all user preference. We’re giving the Huawei Y6s and Samsung Galaxy A10s a tie.

Both the Huawei Y6s and OPPO A5s are equally priced at PHP 6999, while the Samsung Galaxy A10s is the cheapest, with a price tag of PHP 6,990. Since the difference between phones is under PHP 10, we’re giving this category another three-way tie. 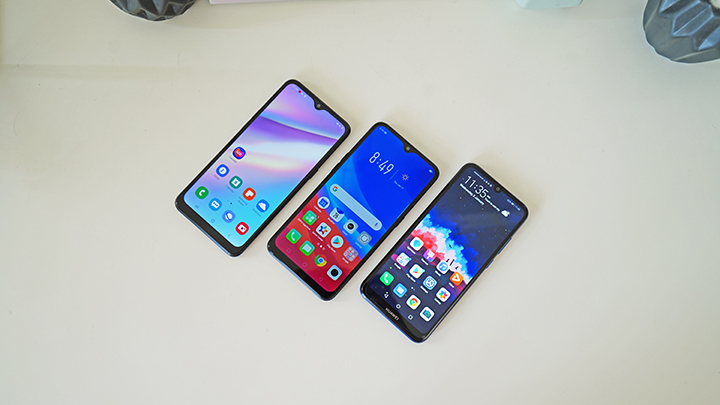 Now for the recap:

Looking at the final scores, the Huawei Y6s won 6 (including the ties) out of 9 categories, with the OPPO A5s following behind with a score of 4 out of 9. The Samsung Galaxy A10s could have been a great contender, had Samsung given it more RAM and Storage. 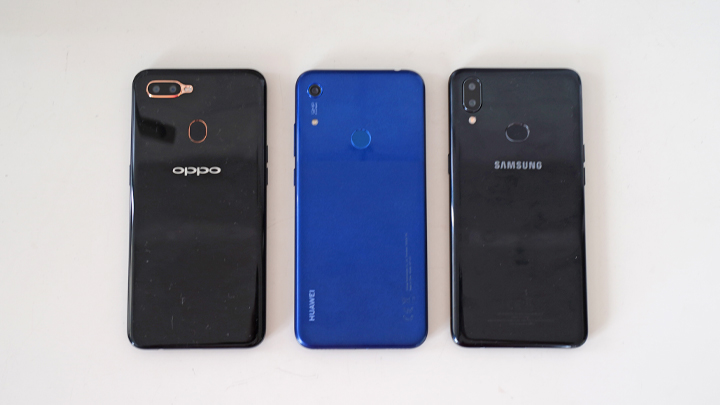 In conclusion, if you’re in the market for a new phone with only PHP 7,000 to spare, the Huawei Y6s is your best bet. It’s got a great design, decent cameras, with enough RAM to multitask, and enough storage to install most, if not all, of your apps and more.