Back in September last year, Samsung has released its Galaxy A’s series, which included the A10s, A20s, A30s, and the A50s. They’re an updated version of the original A-series released earlier in 2019 with several upgrades to the chipset, cameras, and battery depending on the model being compared. Today we’ll be taking a look at the cheapest variant, the Galaxy A10s, as well as running it through our usual benchmarks to see how well it performs. 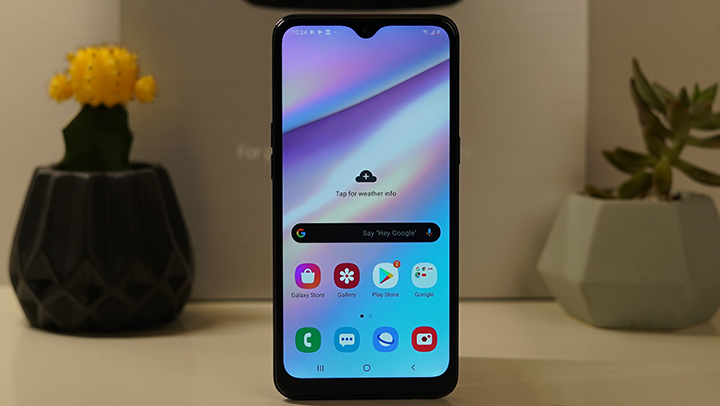 The Samsung A10s has a vibrant 6.2-inch display held back by its low HD+ 720 x 1520 resolution. The top and side bezels are measured around 3.5mm while the chin is thicker at 8mm. It offers excellent contrast and is generally pleasing to the eye. I couldn’t make out individual pixels when viewing the phone closely, and animations were smooth and consistent. 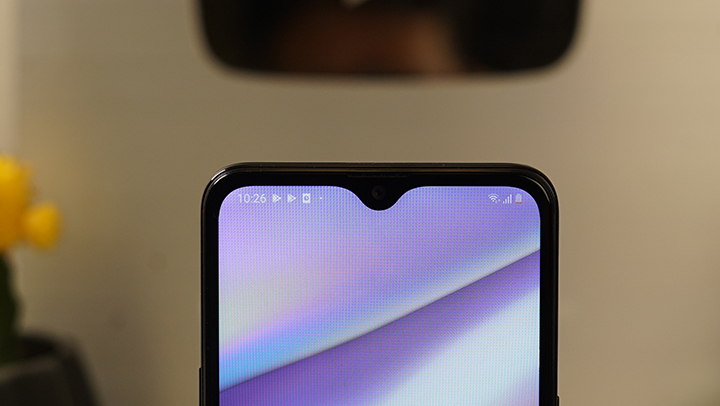 The 8MP front camera is housed in Samsung Infinity-U notch with a speaker grill right above it. The phone does have face-unlock, which works well, even in dark conditions. 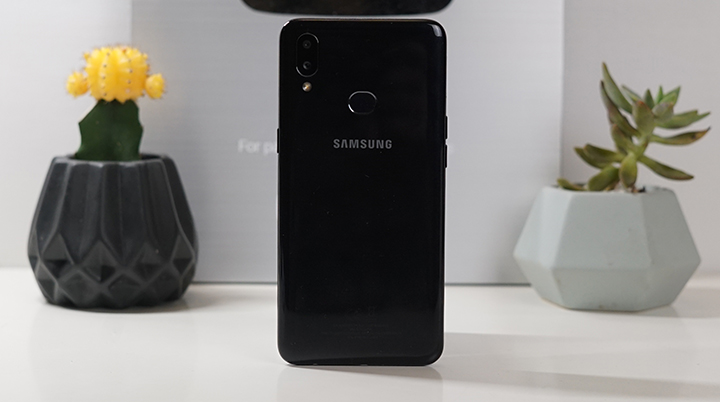 Our variant came in black, and the back is void of any design except for the fingerprint scanner, cameras, and Samsung branding. The shell is made of plastic with a glossy finish. It feels premium, and the curved edge gives it a good hand-feel. The finish also makes it nonslippery, though it does attract fingerprint and oil. 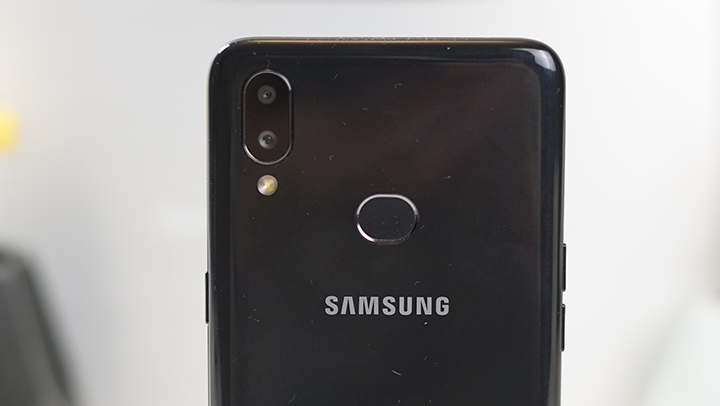 Located on the upper left corner are the 2MP depth camera and the 13MP F1.8 primary camera, with the flashlight right below it. At the middle sits the fingerprint scanner, which is both slow and picky when it comes to finger placement. 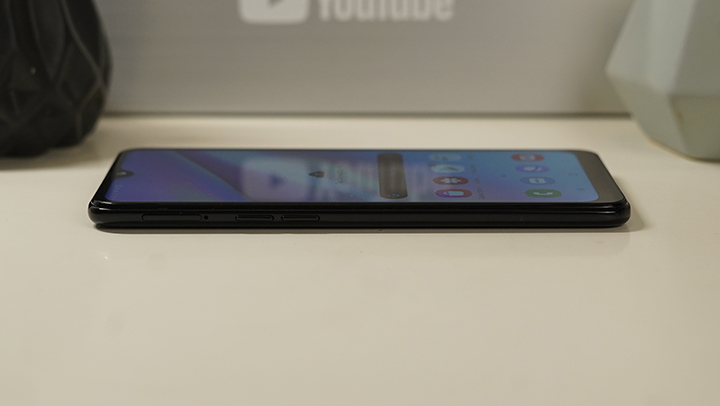 Located at the left are the sim tray and volume rockers. 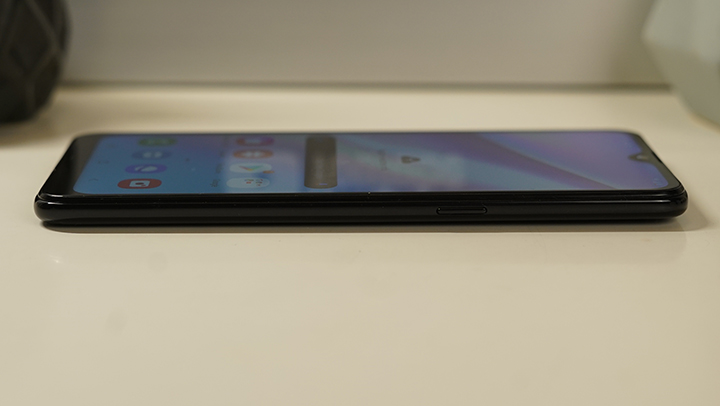 Only the power button is located on the right. At the bottom, there’s a single down-firing speaker, the MicroUSB port, mic, and 3.5mm audio jack.

The Samsung A10s comes with 2GB of RAM and 32GB of storage powered by an Helio P22 chipset paired with an IMG PowerVR GE8320 GPU. Despite the lower-end chipset, the device ran smoothly and was generally nice to use. There was minimal stuttering while browsing through Reddit and only lagged when the RAM was insufficient. We ran our typical benchmarks and here are the results: 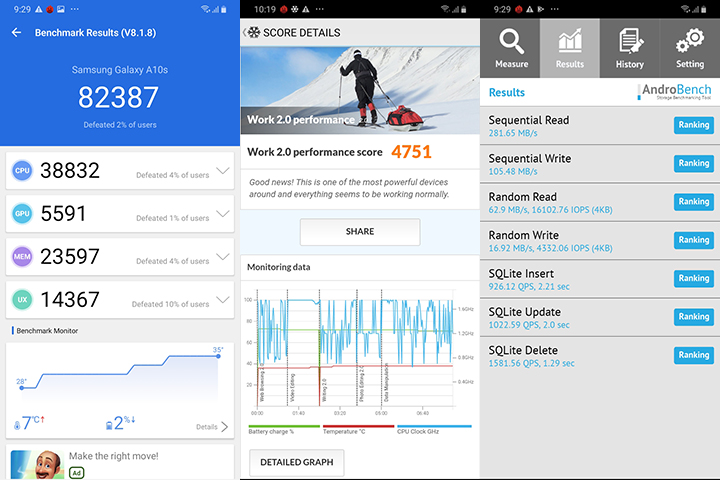 You won’t have any problems with day-to-day use, such as social media, browsing the web, or streaming on YouTube. While you could run simple games, heavier titles such as Mobile Legends and Call of Duty is too much for the phone to handle.

The 13MP primary shooter on the Samsung A10s can produce good shots under daylight. Photos have ample sharpness and good detail. The 2MP depth camera is also capable, creating a nice bokeh effect when shooting close subjects. The 8MP front camera takes okay shots under natural light, however not much detail is captured. There is, however, a lot of noise introduced when shooting at night, despite having a light source.

Out of the box, the phone comes with Android 9 Pie with Samsung’s One UI 1.1 on top. It only comes with one memory configuration: 2GB of RAM, 32GB of storage, and retails for PHP 6,990. 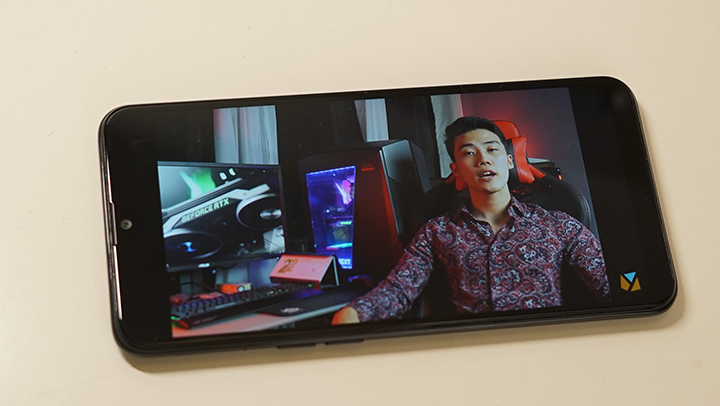