Recently, the OPPO A5s made its way to the Philippines. This budget-friendly device is a successor to last year’s OPPO A3s. We took this device for a full spin to see how well it performs. Read on!

The OPPO A5s is an entry-level phone housed in a plastic body. There’s a metallic finish around the sides of the device, while the rear’s plastic back attempts to imitate a glass back. Overall, the construction of the phone is solid and sturdy, despite it being a budget phone.

The device has a 6.2-inch screen, with a water drop notch that’s occupied by the selfie camera. A plus point for the A5s is that the display is fitted with Corning Gorilla Glass 3 and also has a pre-installed screen protector. When it comes to bezels, the A5s has a rather sizeable chin, but the surrounding sides and the top are not as hefty.

The left side houses the triple card tray, namely two SIM card slots and a dedicated microSD card slot. Below that are the volume buttons, while on the right side is the power button. All three buttons are easy to reach and are clicky as well.

There’s nothing at the top of the phone since the A5s squeezed in everything at the bottom. You’ll see the micro USB port, a loudspeaker, a 3.5mm audio port, and the microphone are all lined up together at the base.

As mentioned, the OPPO A5s sports a 6.2-inch screen. It’s pretty sizeable for watching videos and gaming although, it only has an HD+ resolution. That should be enough for its given price point. Colors produced are somewhat vibrant and have a slight saturation to them. Under the sunlight, I had to push the brightness at 95% to be able to view things properly.

The A5s has a lone speaker at the base of the device. Audio quality is loud, but having it at maximum volume, or even at 80%, will have your ears ringing as the highs overpower the lows.

Up front, the A5s has an 8MP selfie camera that resides in the water drop notch. Situated on the rear are a 13MP shooter, a 2MP shooter, and an LED Flash. We’ve taken a couple of sample photos and had an in-depth look at them.

The 8MP selfie camera delivers decent selfies, but I find the colors to be a little dull. Also, even without AI turned on, the selfies look like its smoothened out slightly. With the AI option on, selfies look a little unnatural and overly processed as you amp up the AI beauty mode level.

Here’s a small gallery of selfies taken with the A5s: 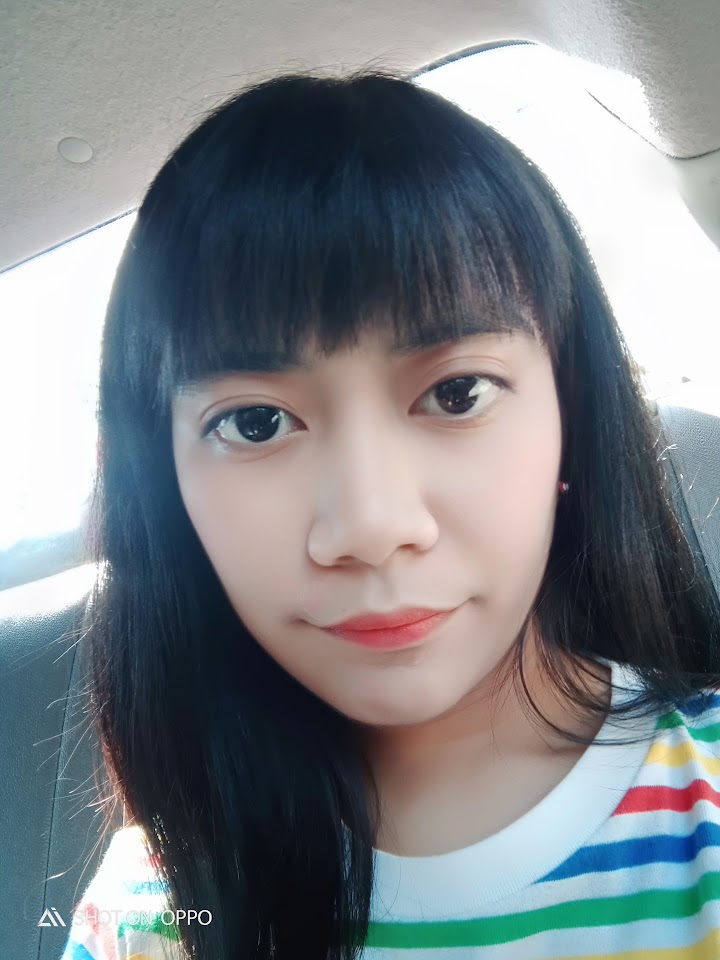 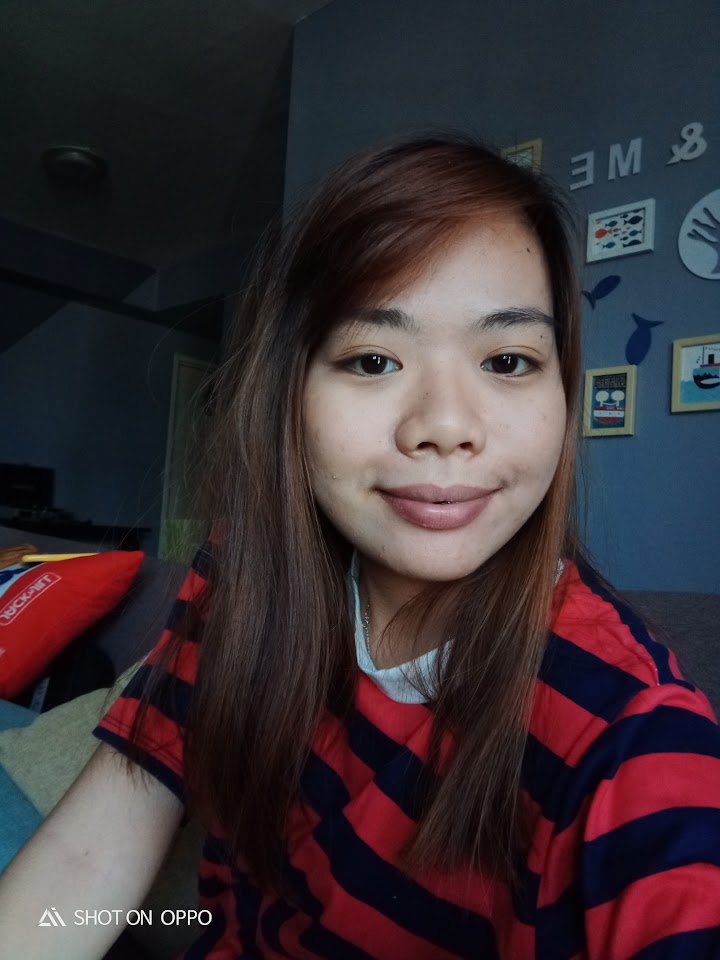 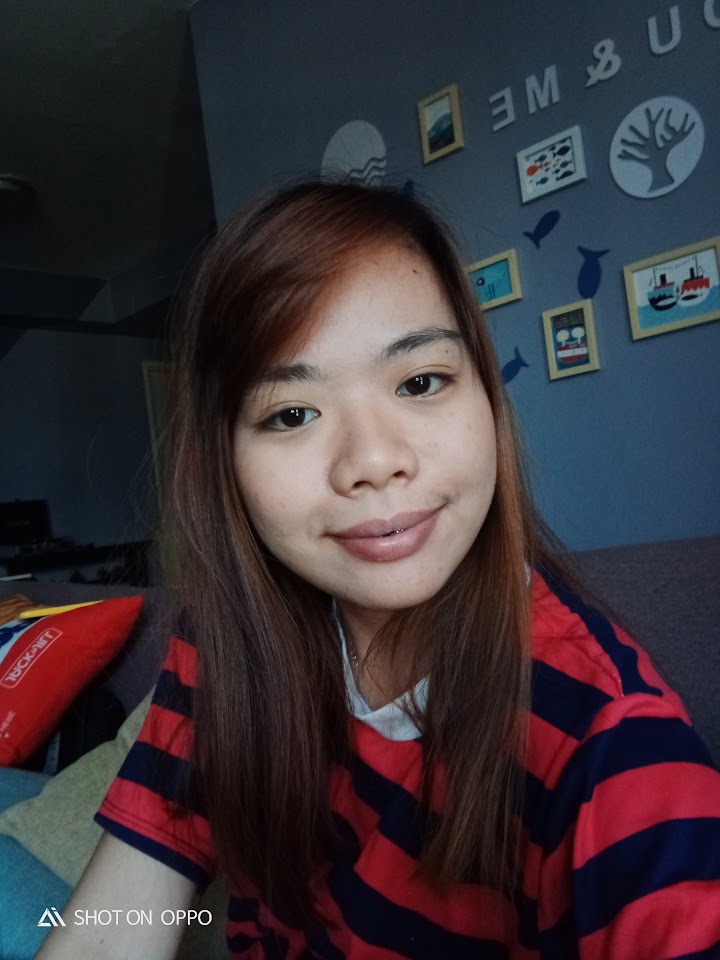 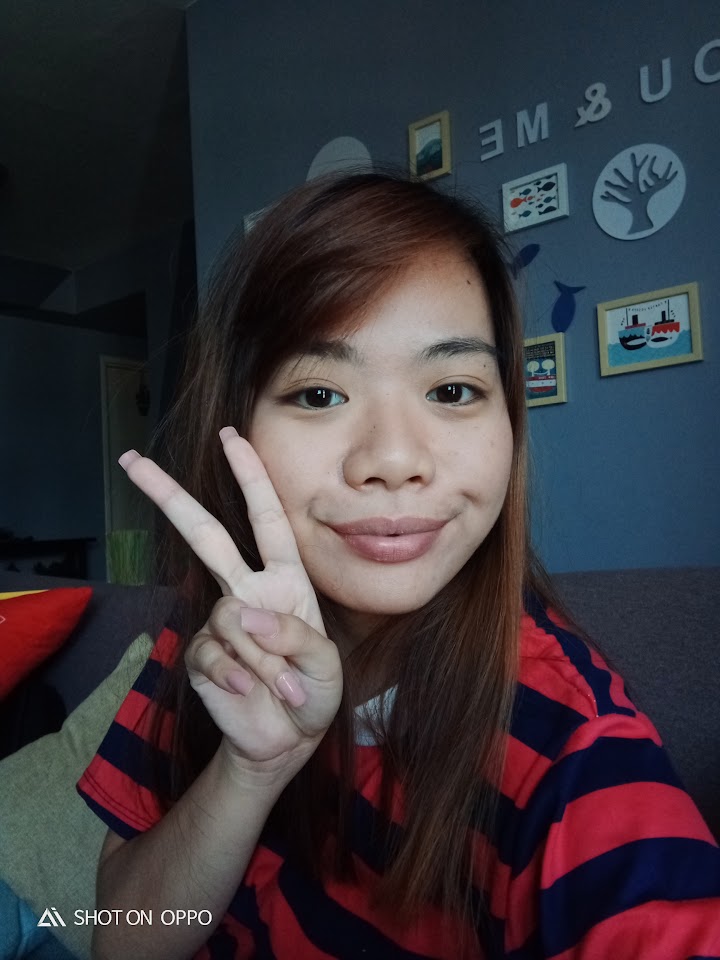 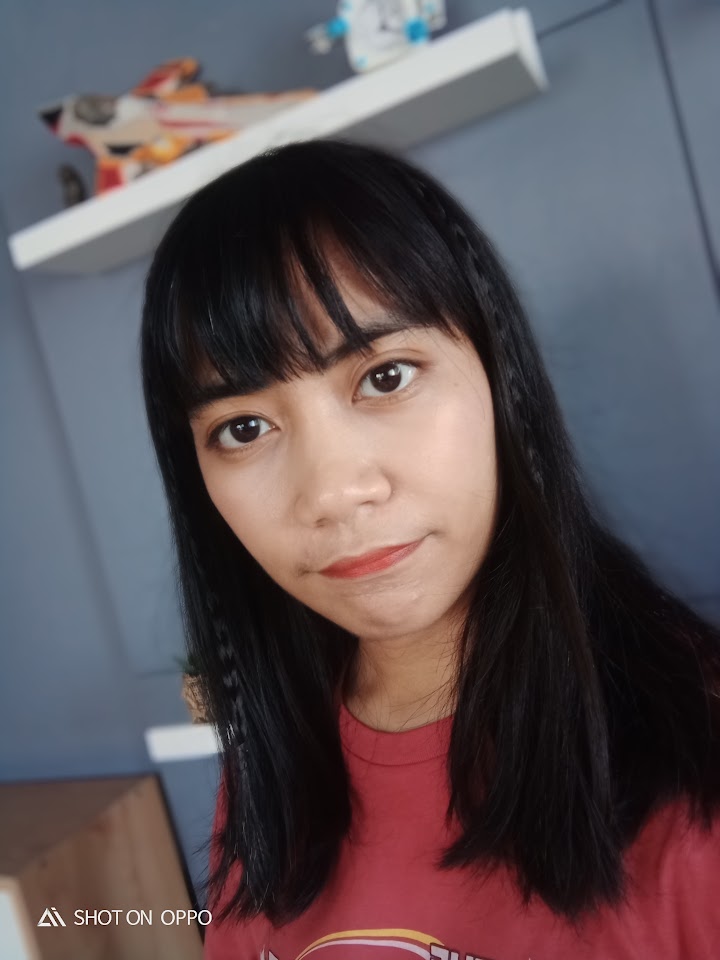 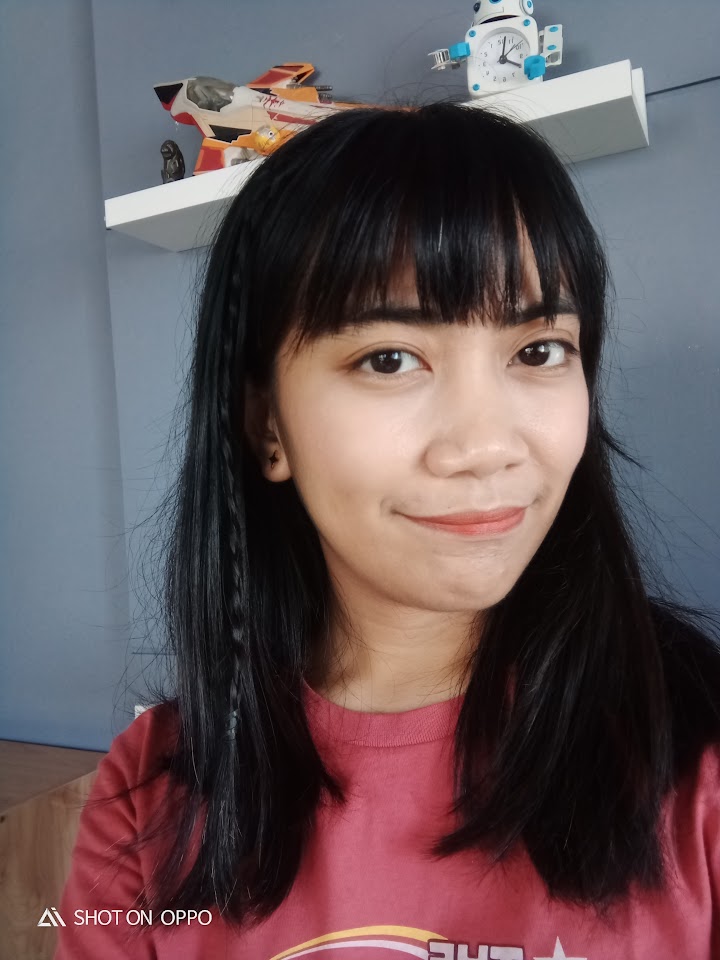 As for the rear cameras, the photos produced look good, but they also seem dull similar to the color reproduction with the selfies. The colors aren’t as vibrant and not as vivid as I’d like them to be. Edge detection in portrait shots needs a little more work as well, with the background blur seemingly selective with which parts to blur. When it comes to low light shots, there’s a lot of noticeable noise and loss of detail. The A5s doesn’t have a dedicated night mode, so users are stuck with the standard photo mode if they want low-light shots. 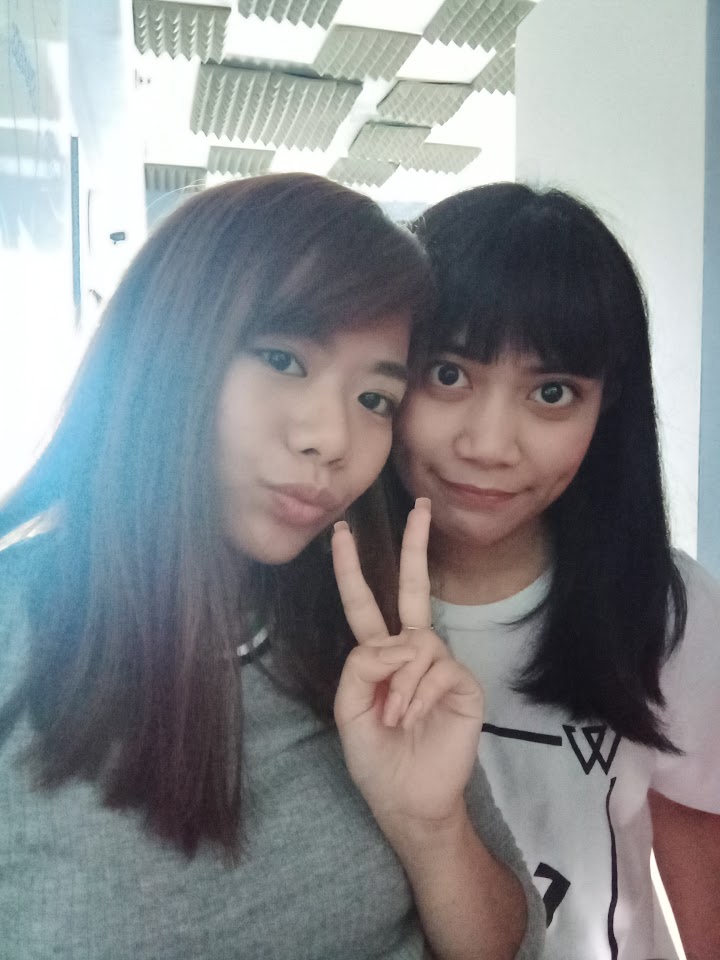 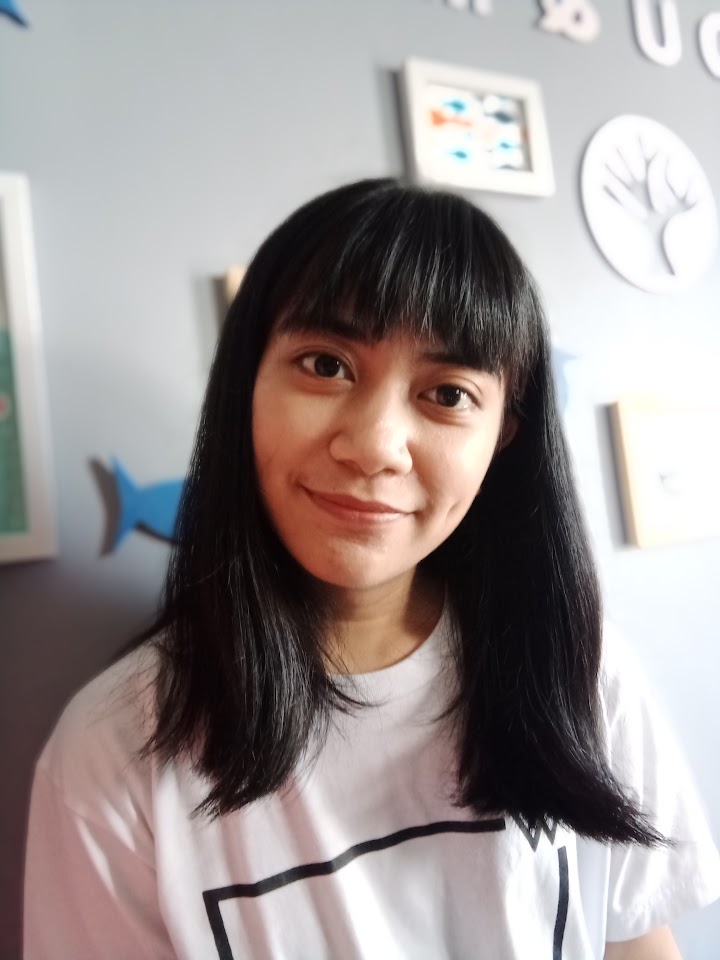 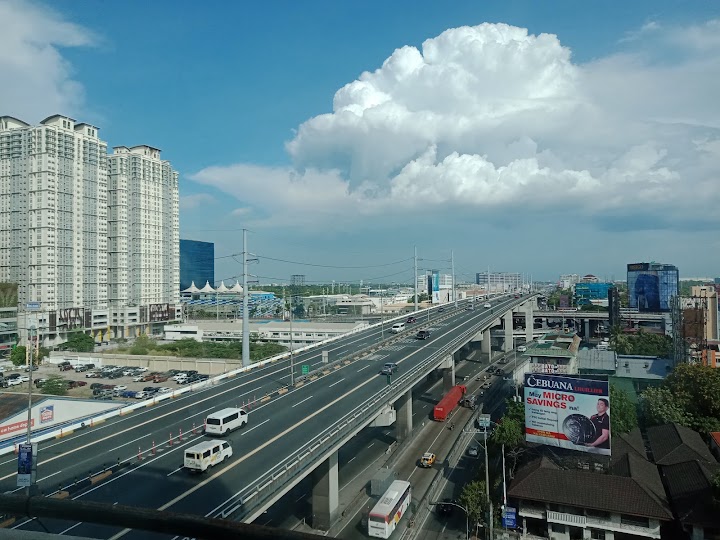 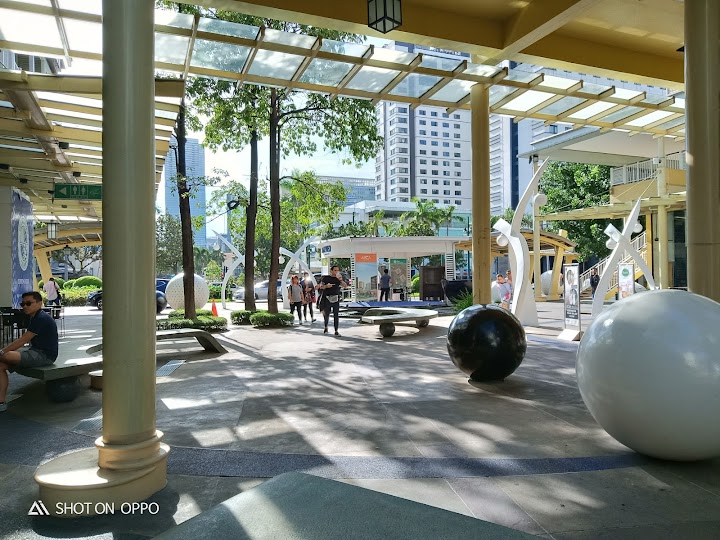 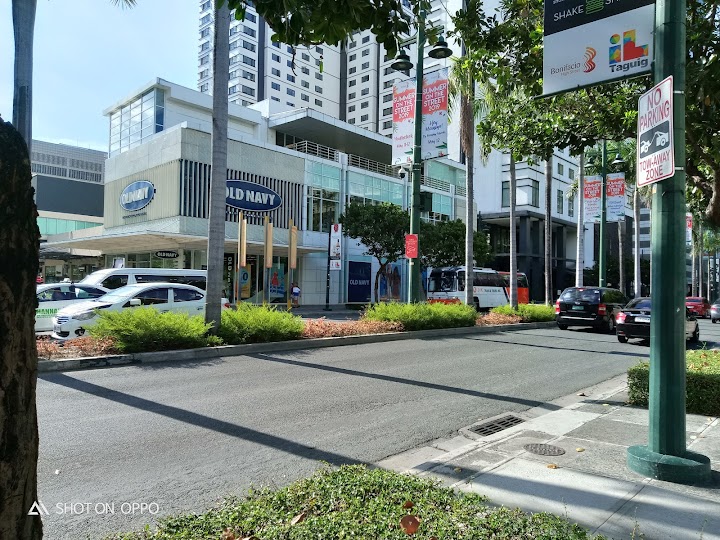 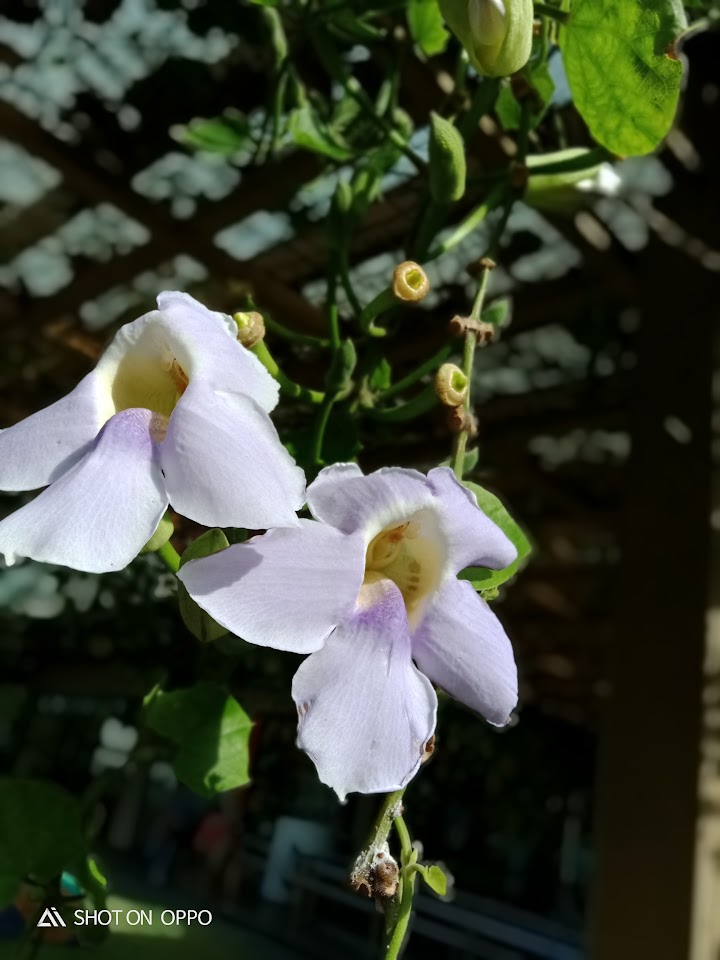 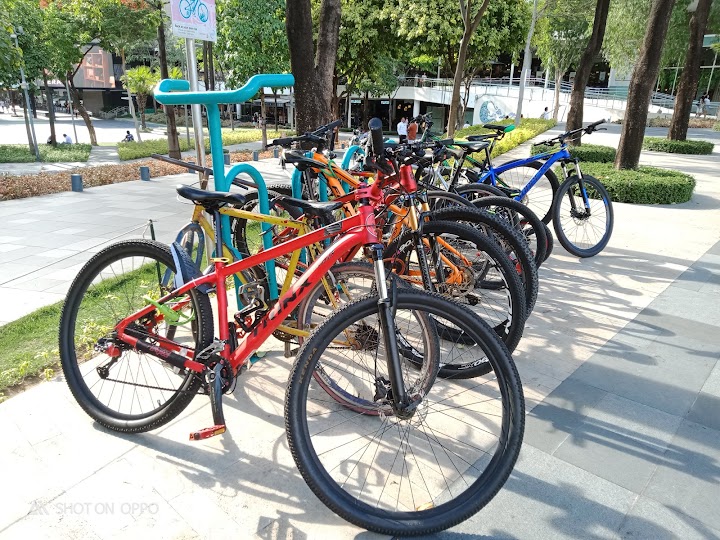 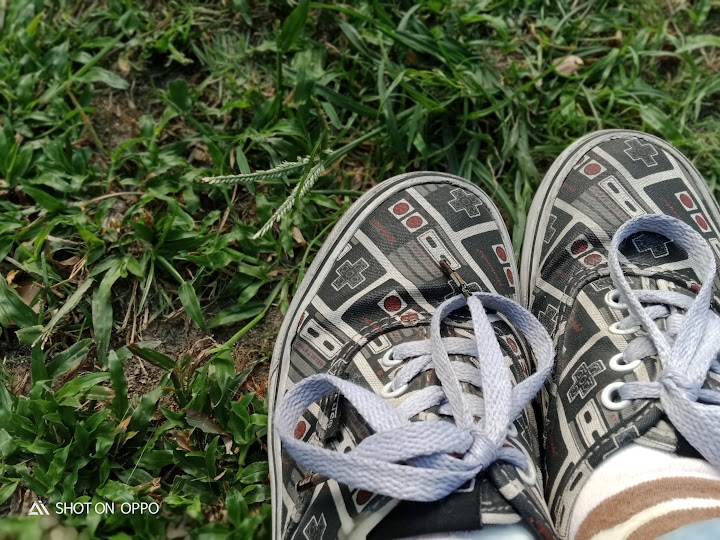 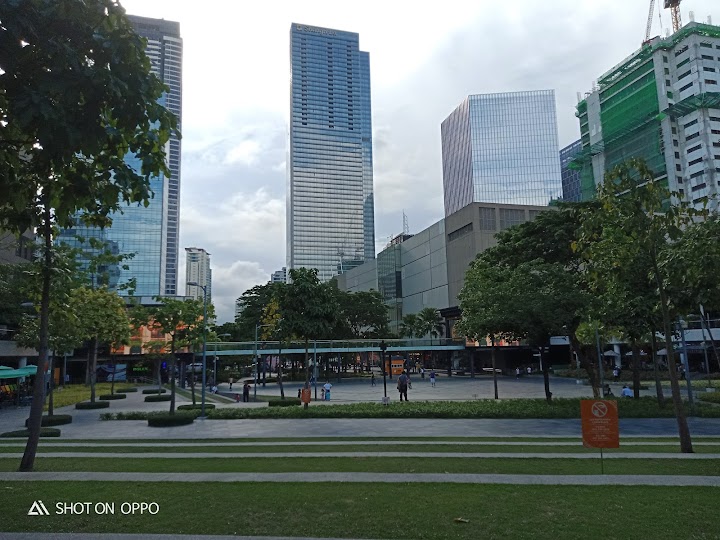 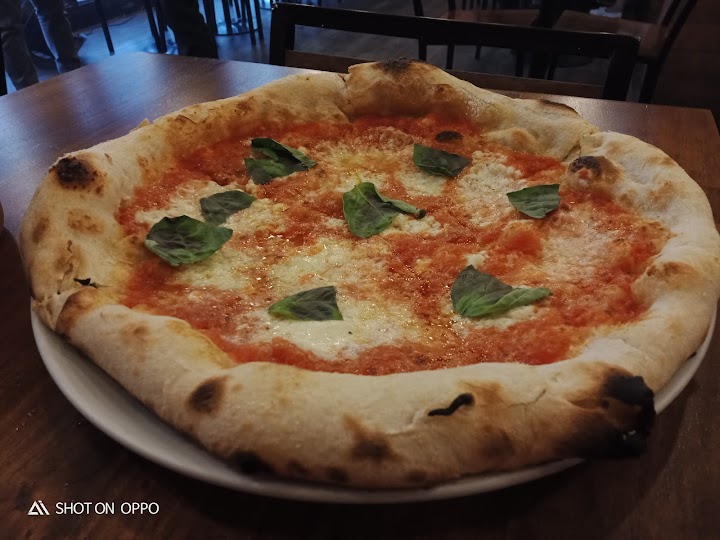 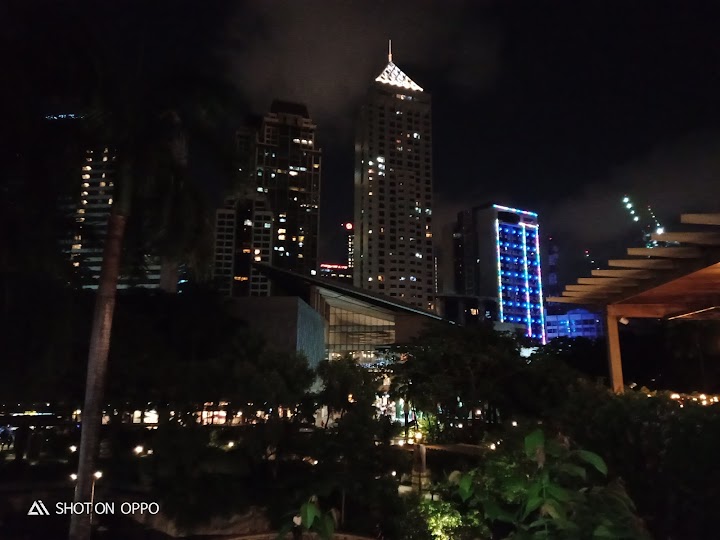 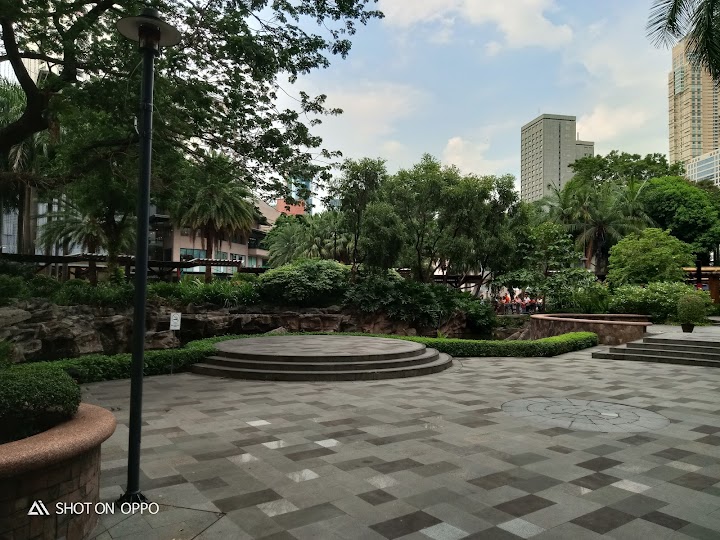 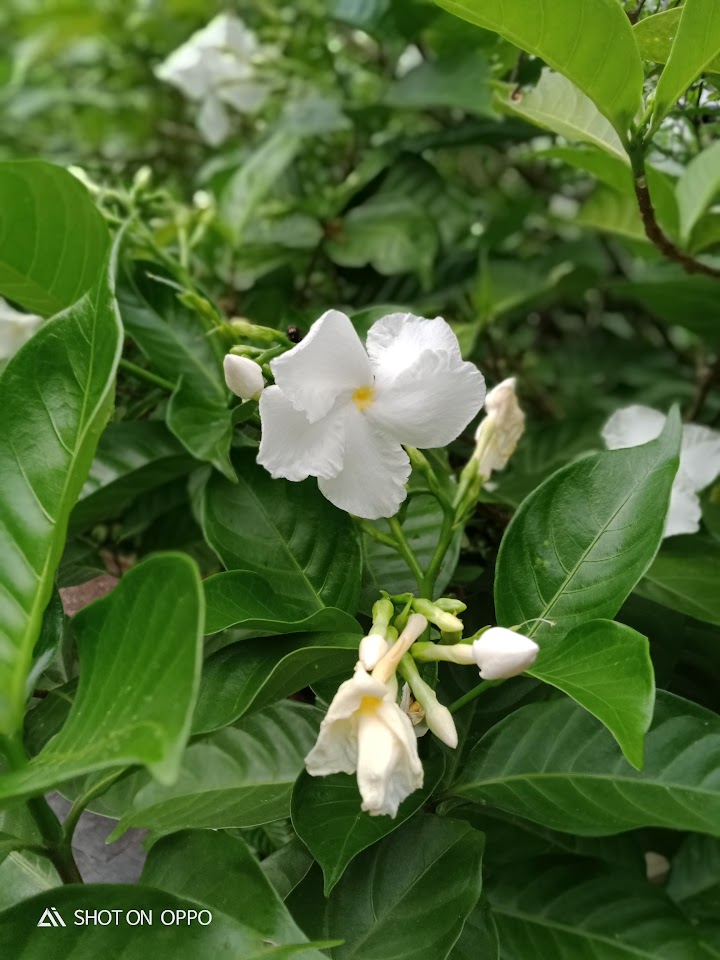 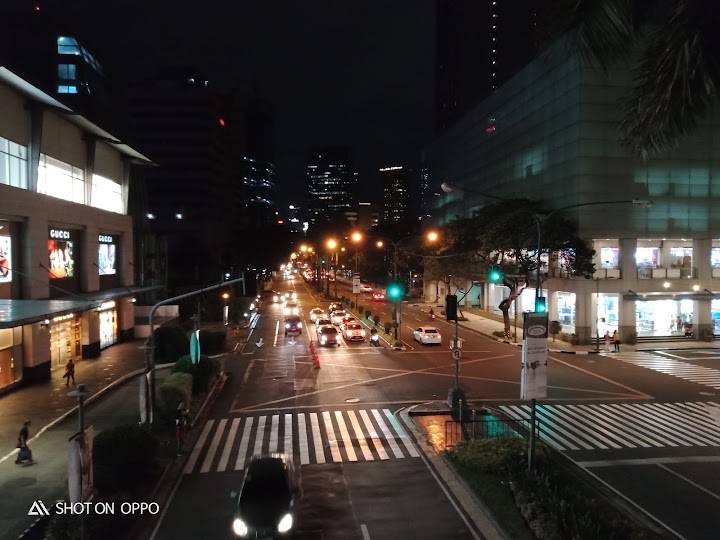 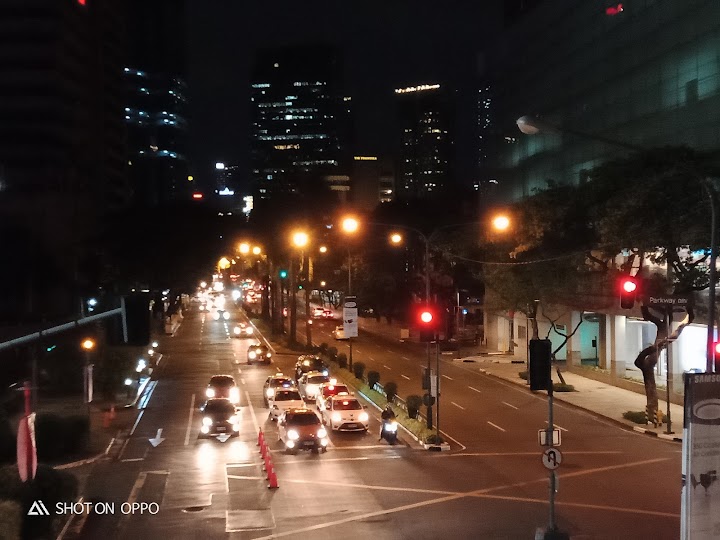 When it comes to video, the A5s can shoot up to 1080p Full HD videos. Videos are quite good but also, zooming in even just once results in muddy details.

ColorOS 5.2, based on Android 8.1 Oreo, acts as the A5s’s operating system. It’s an entry-level smartphone and a refreshed version of the OPPO A5, after all, but I feel like OPPO could’ve given this device Android 9 Pie since there are some entry-level phones released in 2019 that already have the latest Android OS. The home screen’s layout size is 4×6 by default, but you can change it to 5×6 to have smaller app icons.

The A5s has 32GB of storage, with an option to expand it to 256GB via a dedicated microSD card slot.

The A5s carries a MediaTek Helio P35 chipset, paired with PowerVR GE8320 GPU and 3GB of RAM. There’s no bigger RAM option but that’s expected as this is an entry-level smartphone. We did a couple of benchmarks, and the numbers yielded are pretty much typical for an entry-level device. It’s good to use for basic tasks but to take caution in not running too many apps in the background as lags could happen. As for gameplay, the device has Game Space which optimizes the A5s to run at the best possible performance while gaming. However, even with Game Space, graphics-intensive games lag heavily.

Here are the benchmark results:

The A5s has all the usual connectivity features such as 4G LTE, WiFi, Bluetooth, and GPS. It also has dual SIM capabilities so switching from network to network isn’t an issue. It comes with a gyroscope sensor as well so playing AR games is possible.

A 4,230mAh battery capacity keeps the A5s juiced up. PC Mark’s battery test scored the A5s with 12 hours and 53 minutes. As for our standard battery loop test which involves playing a 1080p movie on loop at 50% brightness, 50% volume, and on airplane mode, the A5s gave us 16 hours and 15 minutes. Charging the device to a full 100% took around 2 hours.

Overall, he OPPO A5s delivers a sizeable screen, pretty great battery life, expandable storage, and a decent enough performance. A couple of downsides though are that the display is only HD+, it’s still running Android 8.1 Oreo, and that the photo quality could be a bit better.

For a price of PHP 6,990, it’s good enough to get if you don’t mind the drawbacks. We do feel that there are other entry-level smartphones out there in the same price range which offer more than what OPPO A5s does.