ASUS has unveiled today their top-of-the-line flagship smartphone for 2018, the ZenFone 5Z, sporting a 6.2-inch display and powered by Qualcomm’s Snapdragon 845 chipset. We’re going to put it against the Sony Xperia XZ2 to see which one looks better on paper. 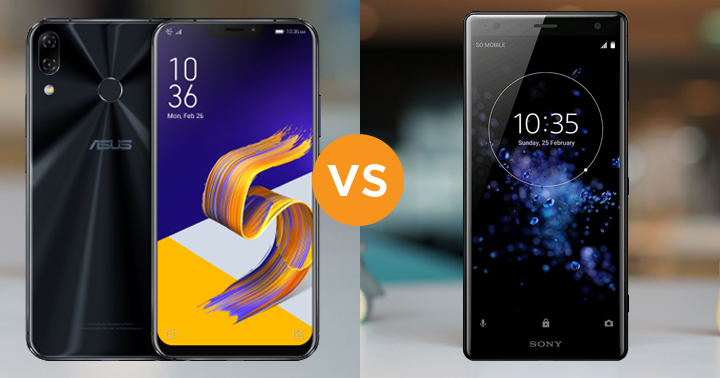 Looks like the ZenFone 5Z takes most of the points in this comparison. It has a larger screen which is good for watching movies and playing games. The Xperia XZ2’s display is smaller but has a higher pixel density count.

The two have different camera configurations. The 5Z has a 12MP IMX363 sensor coupled with an 8MP wide-angle secondary. The XZ2, however, has a single, but higher resolution 19MP Motion Eye camera which is capable of shooting 960fps slow-motion videos and 4K HDR video recording. As for selfies, the 5Z has a higher resolution camera than the XZ2.

As for other features, the 5Z has Face Recognition, but the XZ2 has NFC and water and dust resistance.

Both smartphones are powered by a Snapdragon 845 chipset and Android 8.0 Oreo, but the 5Z has a bigger RAM and storage options compared to the XZ2. The 5Z also has a slightly larger battery at 3,300mAh compared to the XZ2’s 3,180mAh. The latter, however, supports wireless charging.

If you want a good all-rounder, the ZenFone 5Z is a good choice, but if you demand a more powerful camera with water and dust resistance, you can’t go wrong with the Xperia XZ2.

Hi, may we know what’s your basis for your ranking here?

Please make your comment fair. This is not a review. It’s a comparison based on specs on paper.

Thanks for spotting this. We have corrected the table.