Two smartphones have recently launched in the Philippines, carrying capable specs at a reasonable price. One one hand, we have the Honor 10 Lite with Kirin 710 chipset, while on the other, is the ASUS ZenFone Max M2 (ZB633KL) with a Snapdragon 632. So which one offers more based on specs? Let’s find out below. 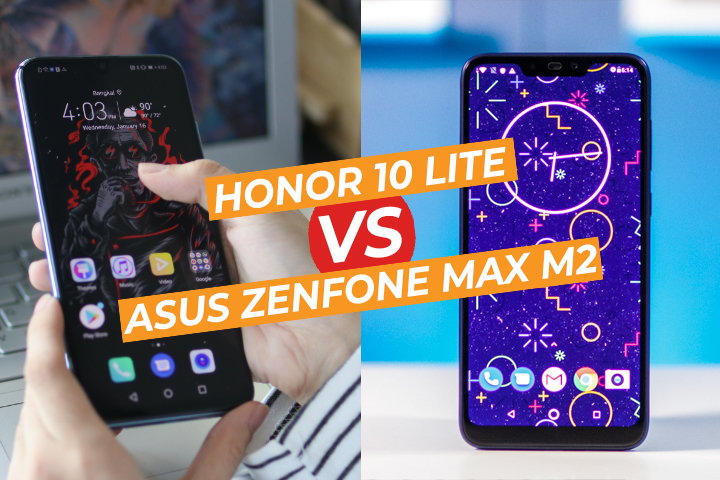 Looking at the summary, both phones have their own strengths that make them attractive offerings to budget-conscious consumers. Those who prefer a high-resolution screen for watching videos, viewing photos, or gaming, would feel at home with the Honor 10 Lite.

Storage-wise, the Honor 10 Lite has a 64GB model for those who need more space for files. However, the ZenFone Max (M2) has a dedicated microSD card slot with support for up to 2TB. If you want a phone with easy-to-expand storage, go with the M2. Otherwise, might as well get the 64GB Honor 10 Lite.

Camera-wise, both devices have the same rear camera specs. However, the Honor 10 Lite caters more to selfie lovers for having a 24MP front shooter. That’s a lot of resolution over the 8MP of the M2. As for its quality, we’ll know which one is better once we’ve compared both devices.

The two phones sport almost the same connectivity features, but the Honor 10 Lite has the advantage of having an NFC and support for the newer and faster WiFi 802.11ac. The M2 doesn’t have those features but it’s not a deal-breaker unless you really need those features.

When it comes to software, the Honor 10 Lite already has Android 9 Pie with EMUI 9. The M2, however, is running Android 8 Oreo but of stock UI. So if you want the latest Android experience, better get the former, but if you want something more vanilla, get the latter.

Now let’s look at the engines under those hoods, the Honor 10 Lite is running a Kirin 710 chipset fabricated using the 12nm process, while the M2 has a Snapdragon 632 fabricated using the 14nm process. Theoretically, the Kirin 710 should provide more power. Unfortunately, we can’t compare numbers as of the moment as we can’t benchmark the Honor 10 Lite unit we have on hand.

Then we have the battery. Obviously, the M2 wins for having a larger battery capacity with fast charging. So if you want longer battery life, better choose this one.

So if you want the performance, better selfie camera, higher display resolution, Android Pie, and have the extra budget, get the Honor 10 Lite. But for memory expansion, larger battery, and affordability, get the ZenFone Max (M2).