Xiaomi is releasing a Lite version of the world’s first 108MP smartphone, the Mi Note 10. When it was announced, we noticed that it shared a lot of similarities with the Redmi Note 9 Pro. It’s equipped with a 7-series Snapdragon chipset, LPDDR4X RAM, UFS 2.1, identical cameras, and connectivity features. Is the more expensive Mi Note 10 Lite worth the extra cost? Find out here! 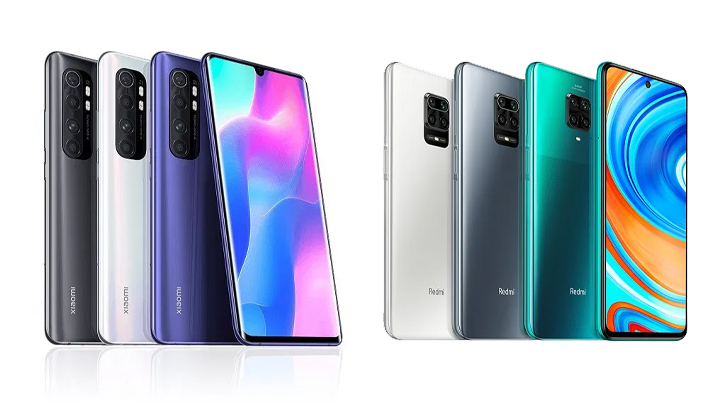 When it comes to the chipset, the Mi Note 10 Lite comes with the newer Snapdragon 730G, while the Note 9 Pro is equipped with a Snapdragon 720G. While we doubt you’d see any difference in performance between the two in real-world scenarios, the 720G is slightly better thanks to its additional 100MHz clock speed.

Both phones sport a quad-rear camera setup with a 64MP primary, 8MP ultra-wide, and a 16MP front shooter. The difference lies in the depth and macro cameras. The Mi Note 10 Lite comes with a 5MP depth sensor and 2MP macro shooter, while the Note 9 Pro comes with a 5MP macro shooter and a 2MP depth sensor. We’re giving both devices another tie in this department, as it is up to the user which type of photos they like taking more.

Furthermore, do remember that the image processing software plays a significant role in the outcome of photos. This means that these two devices could produce pictures of varying quality despite having the same resolution.

Connectivity-wise, both devices are similar, with support for 4G LTE, WiFi 5, Bluetooth 5.0, NFC, IR Blaster, and GPS features. Both devices also come with a 3.5mm audio jack; however, the Mi Note 10 Lite is HiFi and Hi-Res certified.

As for biometrics, the Note 10 Lite employs an in-display fingerprint scanner thanks to its use of an AMOLED panel, while the Note 9 Pro comes with a side-mounted fingerprint reader.

In terms of its OS, both devices ship out with MIUI 11 based on Android 10 out of the box.

Xiaomi Philippines has confirmed that both devices will be launching on May 26, and its local pricing is yet to be revealed. For reference, here are the phones’ international prices:

As you can tell, the Mi Note 10 Lite will be more expensive than the Redmi Note 9 Pro. As we’ve seen, the only real upgrade it offers is in the display, RAM size, and battery. If you’re an avid media consumer or prefer AMOLED displays, then the Note 10 Lite would be the better choice.

That being said, if you’re on a budget, you’re not really missing out on a lot of features when you purchase the Note 9 Pro. You still get a smartphone that’s capable of any task you throw at it, with decent cameras, a large display, and enough battery to last you more than a day.