A bird was found with a camera, GPS, and bombs

A bird was found with a camera, GPS, and bombs

A recent report from Afghanistan police states that they have discovered a large bird wearing a vest filled with bombs. A closer look after the explosion revealed what could be a camera and GPS in addition to other metal parts. With these components easily seen in smartphones, it’s possible that these are homemade and detonated remotely as an act of terrorism. 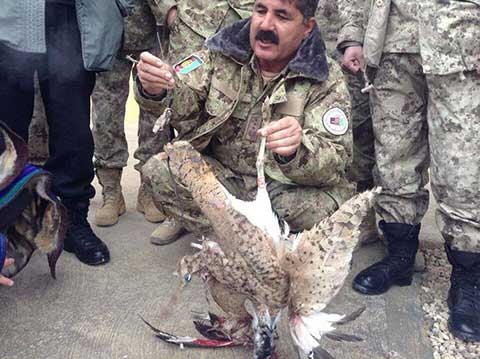 Faryab, a province in Afghanistan oppressed heavily by the Taliban, is where the eagle-looking foreign bird with a suicide vest was found. The local police found it suspicious since attached to it was an antenna. They decided to shoot it which then exploded afterwards. Thankfully no one was reported to be hurt, but what they saw after could mean that it was there for a purpose.

“We are gathering all the stuff, but found parts of what looks to be GPS and a small camera,” said a provincial police chief. He added the possibility of the bird being deployed on a surveillance mission. Is combining today’s technology with animals the next form of terrorism?

Below is the video of the bird with the suicide gadgets still attached. We hope he already got his 72 virgins in bird heaven.