Local PC retail chain store Villman is actually selling the Transformer Pad 300 since June 5. That’s more 2 weeks ahead of the schedule. However, it looks like they only have limited stocks so only a handful of their stores are carrying it. 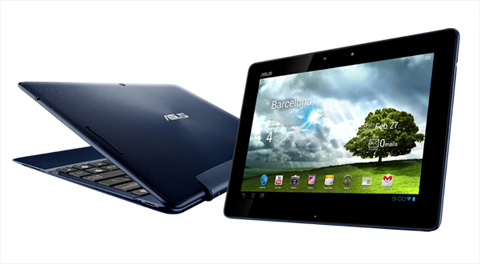 Here’s the exact specification of what is available right now. We got some hands on time with it a couple of months ago (click here).

Asus is positioning the Transformer Pad 300 as an affordable alternative to the flagship Transformer Prime and Transformer Pad Infinity. I am also told by a rep from Asus Philippines that the suggested retail price of the Pad 300 will be Php24,995 which will include the keyboard dock.

It is possible that Villman is selling the early units at a premium because if the limited availability and will revert back t the SRP once the units becomes widely available (Law of Supply and Demand working here).

Updated: I am told by a source that Villman directly imported their own stocks of the Pad 300 that’s why it’s in limited number and the mark-up is pretty high. It’s a nice marketing strategy though so they’d get the attention of early adopters and possibly get pre-orders too just in time for the official release in two weeks.