The Huawei MateBook D14 launched in the Philippines last month. Packing specs of up to Ryzen 7 3700U CPU, up to Radeon RX Vega 10 Graphics, up to 512GB of storage, and 14-inch FullView display, many would consider this a good option for those who are working from home. But aside from the specs mentioned, the Huawei MateBook D14 also has some features that can enhance your productivity during these trying times. Check them out below. 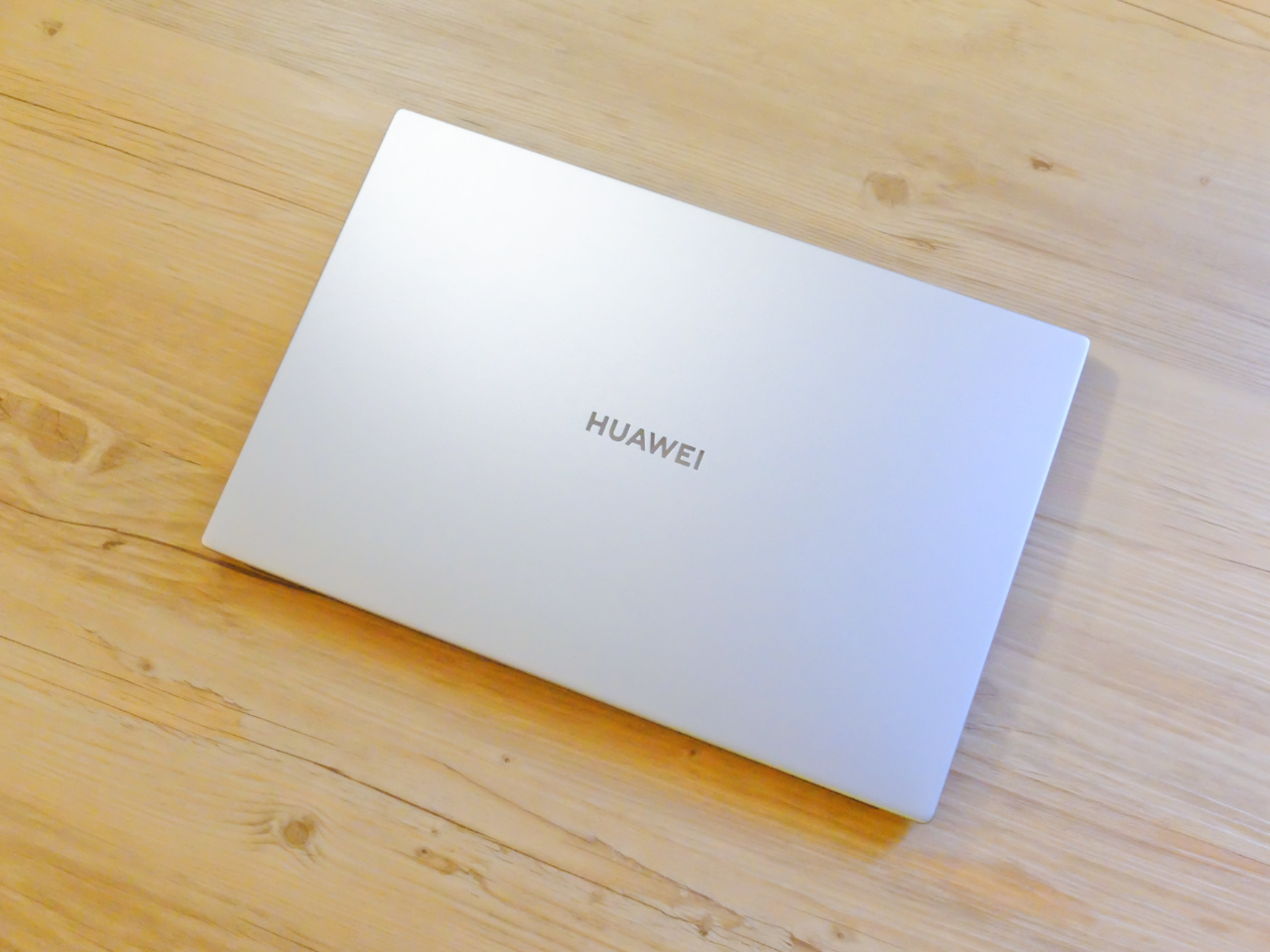 A good display is important if you want to boost productivity. Good thing the Huawei MateBook D14 has a 14-inch FullView IPS display with Full HD resolution and accurate colors. It also boasts a wide 178-degree viewing angle and thin bezels measuring 4.8mm. Also, the display can be tilted up to 180-degrees thanks to its special hinge. 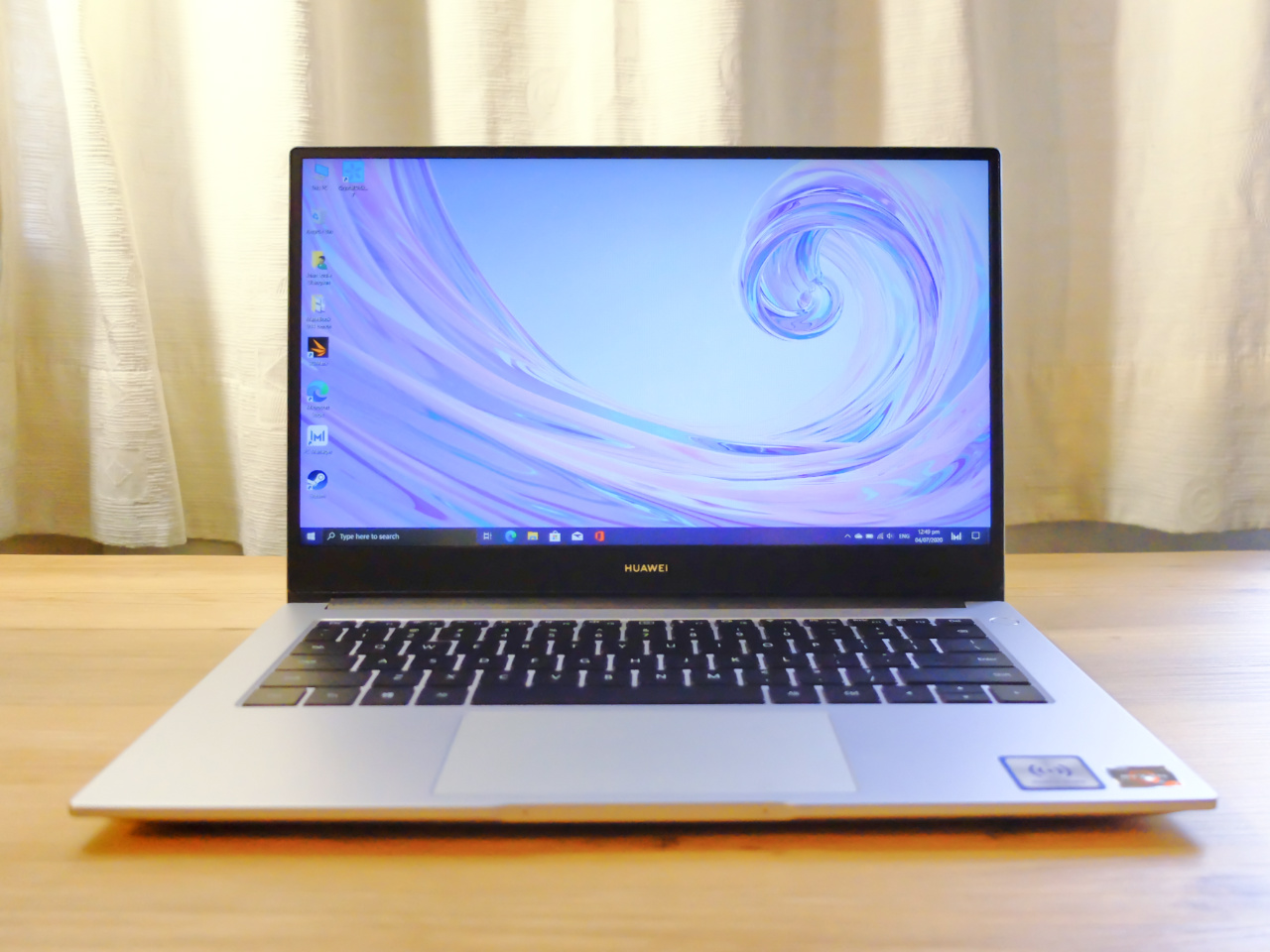 With this kind of display, you can easily take care of online meetings, work on documents, and browse websites. And when work is done, the display is immersive, while the stereo speakers are loud and clear enough to handle your entertainment needs, whether it’s Netflix or YouTube.

Online meetings is popular nowadays due to the pandemic and webcams is one of the requirements. In the case of the MateBook D14, Huawei was able to install a recessed camera on the keyboard. It’s placed right at the center between the F6 and F7 keys, and when it’s time to use it, just press it and it will pop-up. When you’re done, just press it back down. 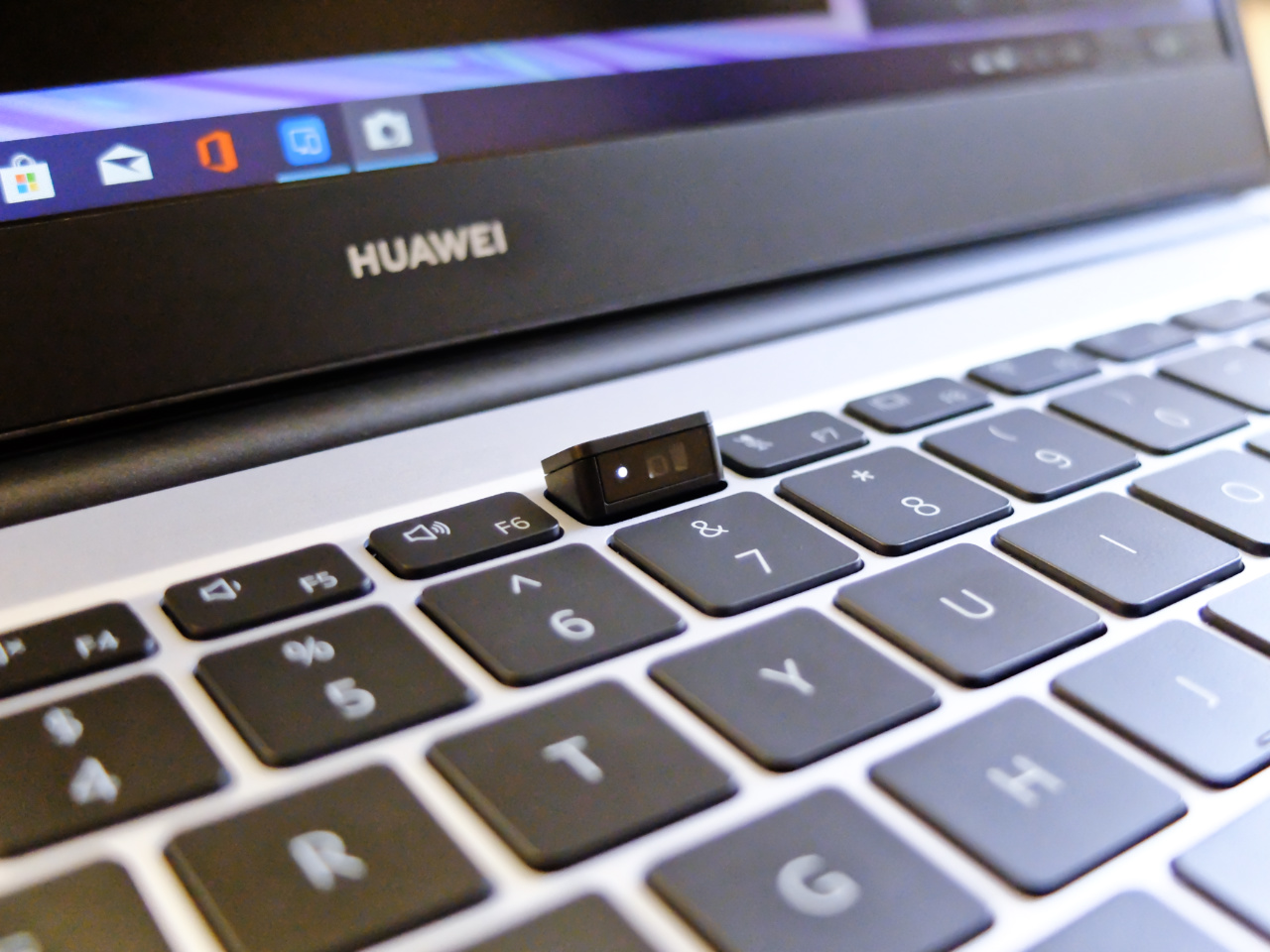 This kind of mechanism is also handy for those who are concerned with their privacy and security as there are incidents where hackers take control of a laptop’s webcam to spy on users. Being able to physically close the webcam can help you enhance your security.

And speaking of security, the Huawei MateBook D14 comes with a built-in fingerprint scanner in the power button, which is uncommon in laptops in this price range. When you’re ready to work, just open the lid, press the power button, and it will log you into Windows right away.

Powering the MateBook D14 is the AMD Ryzen 7 3700U CPU, Radeon RX Vega 10 Graphics, and 8GB of RAM. The configuration was able to breeze through productivity tasks, including heavy browsing, MS Office, and photo editing. The fast 512GB PCIe SSD, on the other hand, allows the MateBook D14 to boot your Windows and launch your applications quickly. 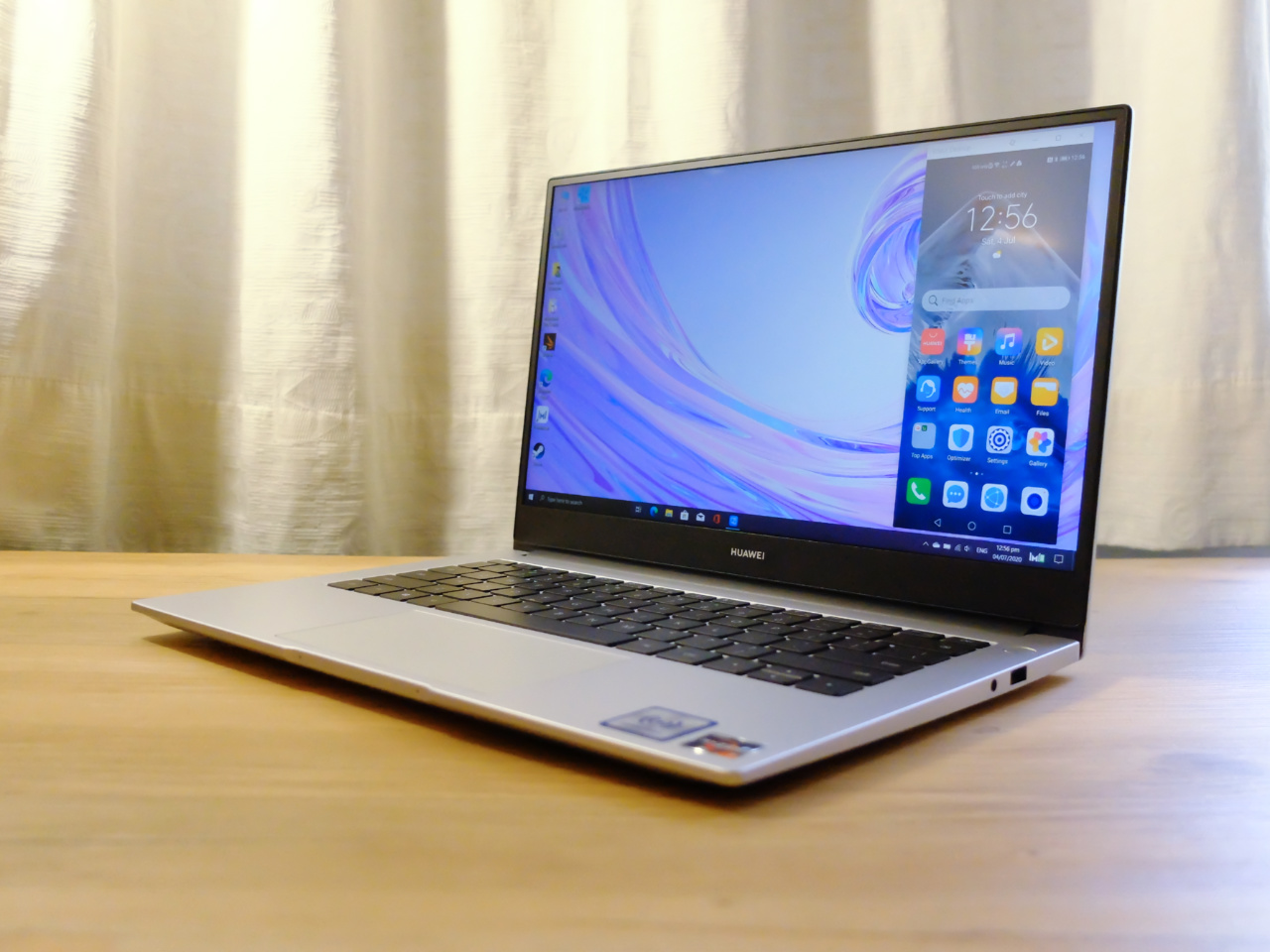 And while you’re doing those tasks, the MateBook D14 will remain silent and cool thanks to Huawei’s Shark Fin 2.0 fan design that effectively airflow and dissipates heat, cooling the laptop rapidly and quietly. All of that is housed in a body with premium metallic finish, and measures 15.9mm thick and weighs in at just 1.38kg. Meaning, it will easily fit in your bag and carry it around. 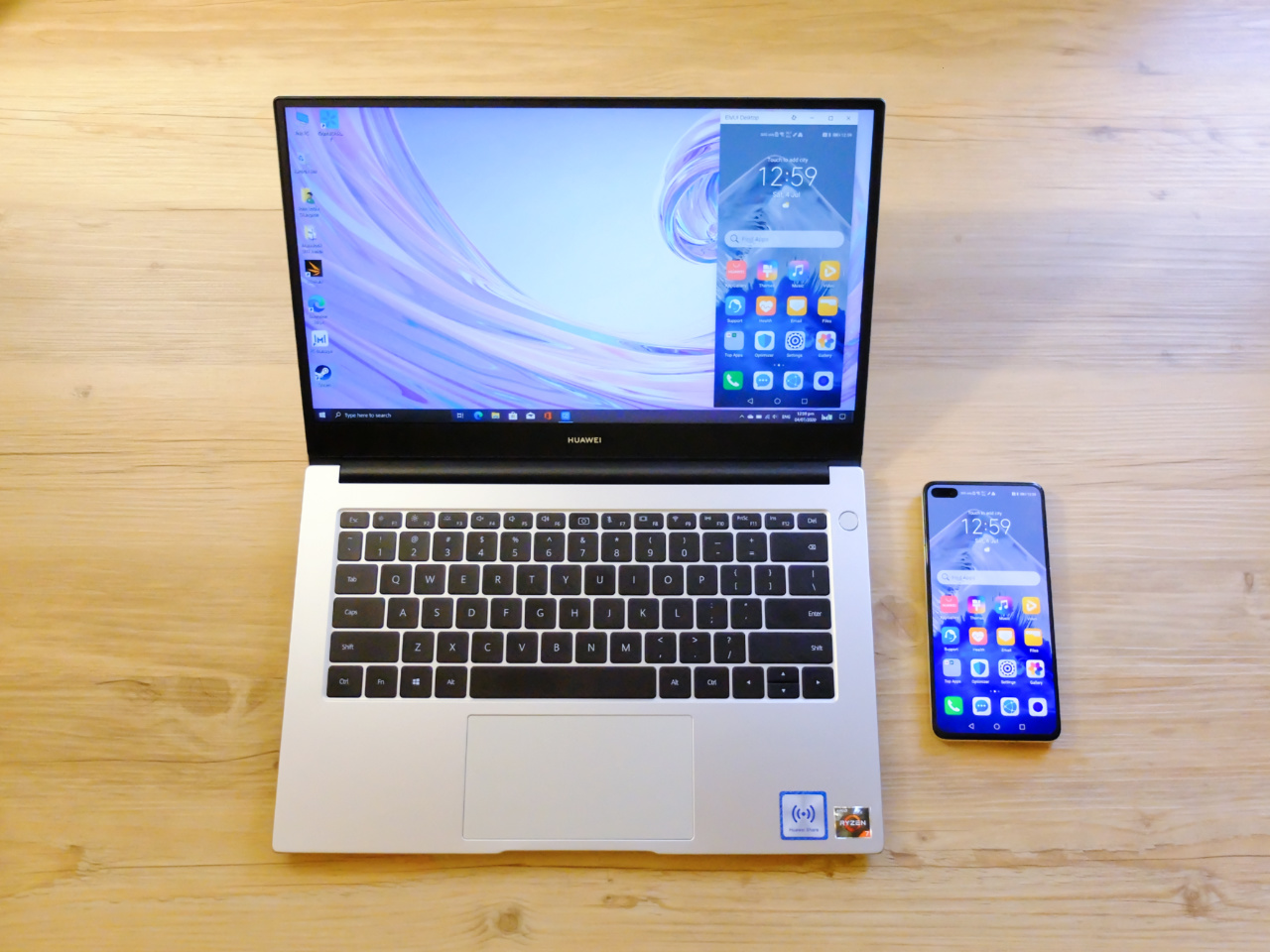 The Huawei MateBook D14 solves that using features called Huawei Share and Huawei OneHop, which allows you to control your Huawei smartphone straight from the laptop. 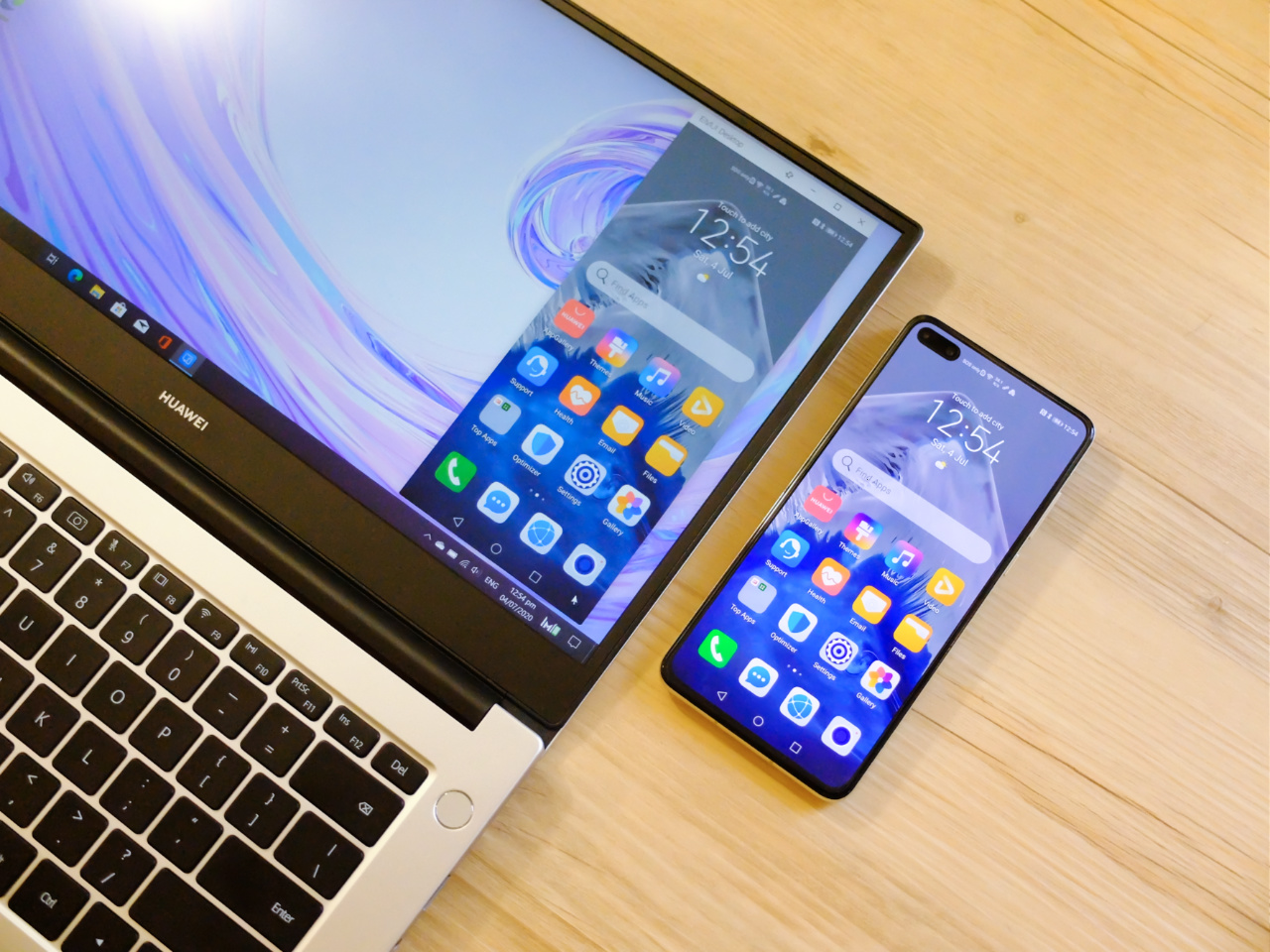 If you have a Huawei smartphone running EMUI 10, you can also connect it to the MateBook D14 by tapping the phone’s NFC to the Huawei Share badge at the lower right corner. It will then launch a mirror of your smartphone to the desktop so that you can control it from there. This is handy as you don’t need to pick up your phone to respond to messages. 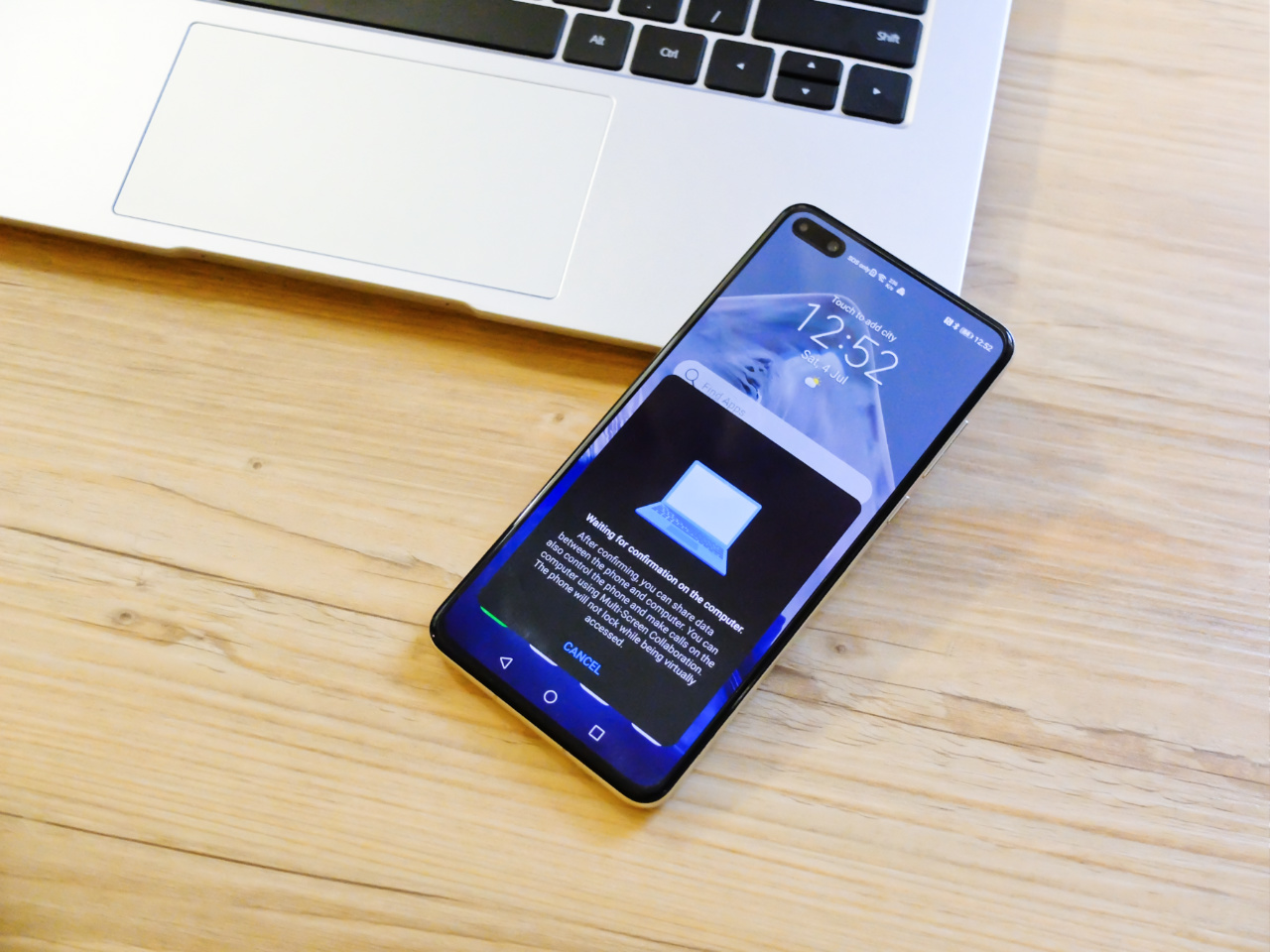 This is also your window to Huawei’s Multi-screen collaboration so you can easily drag and drop files like photos and videos, and copy text to and fro the laptop and smartphone. Multitasking should be a breeze with the help of App Multiplier so you can maximize your Windows desktop space and work with multiple apps.

The MateBook D14 has a 56Wh battery, which is larger than the 42Wh we saw on the MateBook D15. In our video loop test, which involves putting it in Airplane mode while playing a 1080p video on loop at 50% brightness and volume with a headset in at Better Battery mode, got us over 14 hours of playback which is good. In other words, this laptop is capable of keeping with your productivity demands. 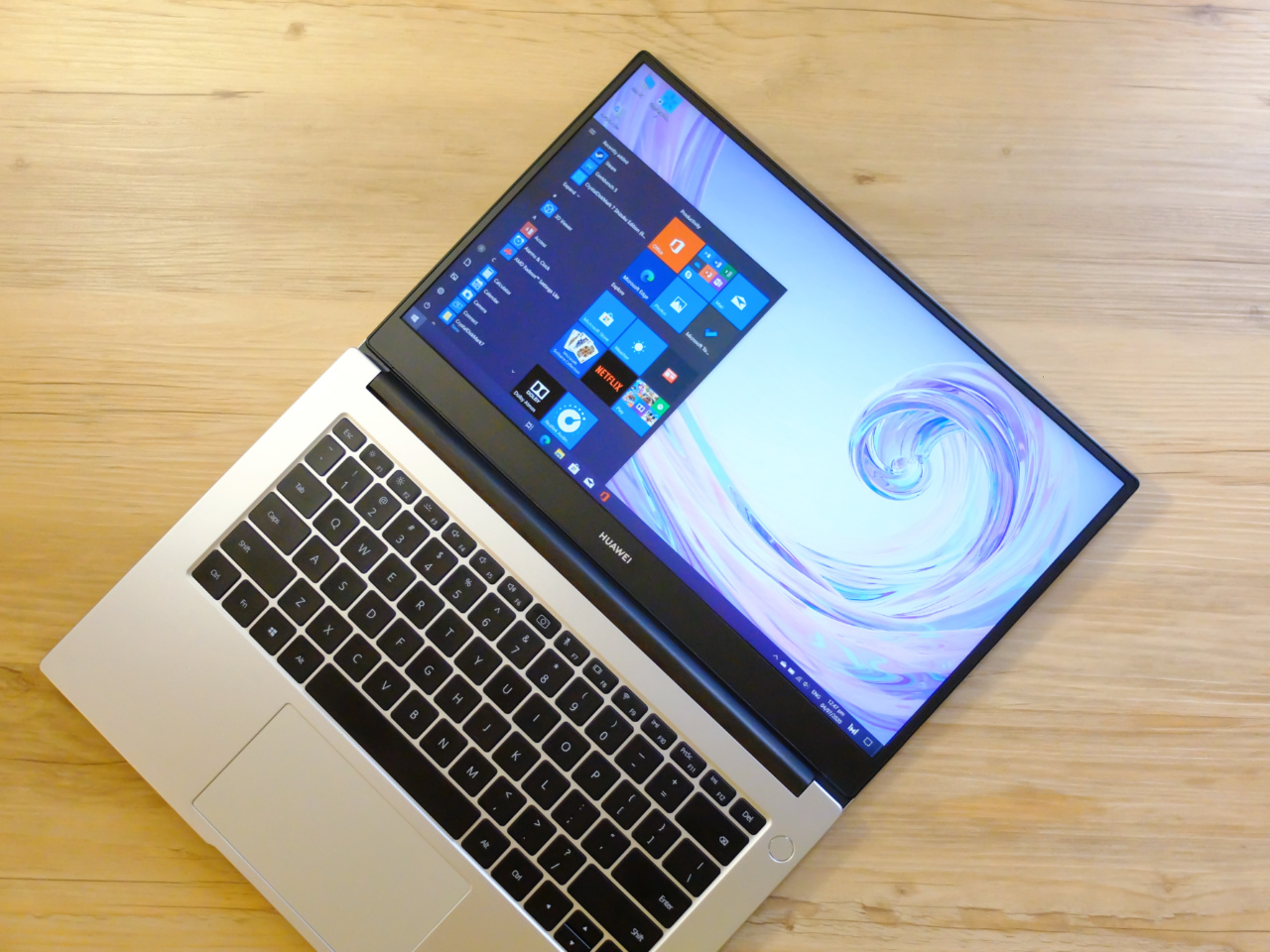 As for charging, the MateBook D14 comes with a charging brick that is capable of supplying 65W of power. It looks like your typical Huawei SuperCharger but two times bigger and uses a USB-C to USB-C cable. It was able to charge the notebook from -% to 100% in a little over an hour. You can also use it to charge your Huawei smartphone after the MateBook D14 is done with it.

As you can see, the Huawei MateBook D14 is not your ordinary laptop. If you own a Huawei smartphone, like the P40 series, you can take advantage of its exclusive features to enhance your productivity.