Hybrid Dual-SIM Slots: A Good or a Bad Thing? 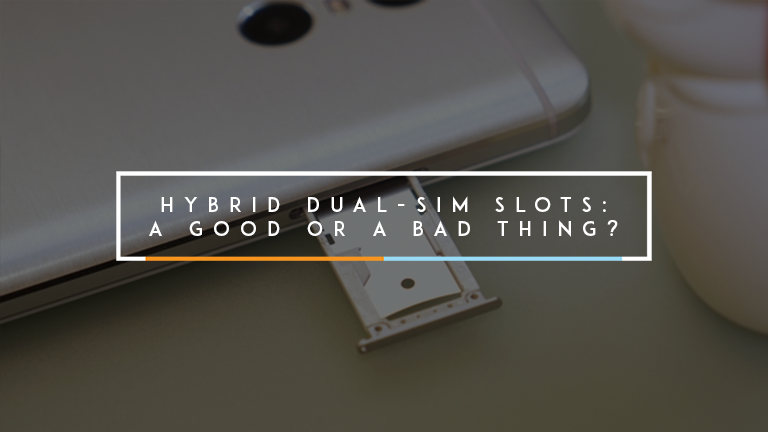 Smartphones back in the years have one SIM card slot and then another for a memory card. Suddenly, something happened between the relationship of the microSD card and the SIM card. Manufacturers like to disregard storage expansion through a microSD card and people were not happy about it despite having the option to save it to the cloud.

Manufacturers then changed their mind and they gave back the microSD card slot but there’s a catch. You get a hybrid card slot. What is that? It’s basically a dual card slot that accepts either two SIM cards (mostly Micro and Nano SIM) or one SIM card and a microSD card. You have to choose which is more important – storage or dual network connectivity? But, is a hybrid SIM system for the two cards a good or a bad thing? We’ll try to answer that here.

See also  Gigs 2 Go is your handy and disposable USB

One of the reasons why most manufacturers before don’t like to include storage expansion via microSD card is that low-speed cards greatly affect the overall performance of a device. Not all microSD cards are created equally and for sure, your old one will not be able to keep up with 2016 flagship internal memory speeds. 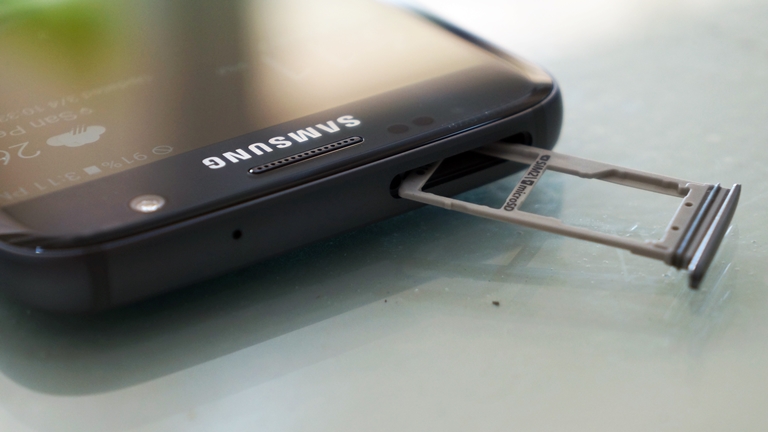 The Samsung Galaxy S7 with its hybrid SIM card tray

The card also takes up a bit of space on the handset. A well-designed device all has all its internals working together. Having a removable card tray would require additional space for it which can be utilized by other components to make the device thinner. It’s not always the case, though.

We see hybrid SIM card slots to be a solution that favors two parties – the group who like two SIM cards and the group who enjoys large storage. If you’re the type of person who has multiple networks for work or for whatever reason, then put in two SIM cards of your choice. Although, you should keep an eye on your contents as they could be occupying too much space already. If you’re the type of person who puts in a lot of music, videos, large game files and treats their phone as their mobile database, the second slot has your microSD card waiting. But! Make sure to have a microSD card with a class 10 rating or better. Having a slow card inside will just hinder your device’s performance. Another advice, purchase original cards only. They are a number of fake branded cards in the market that will just eat your files after a few use.

Before we forget, Android users can enjoy the best feature of Android 6.0 Marshmallow – adoptable storage. What it does is it makes use of your SD card as part of your internal memory. This allows the system to talk to your SD card as part of the phone, not just a removable plastic card. While that sound pretty neat, it makes your card useless for other devices though as it will be considered as the card that’s just formatted for the exclusive use of your device. Sharing the card to other devices will give you a hard time accessing the files.

So, is it good or bad? It depends on which you prefer. But one thing’s for sure about a hybrid SIM card slot – you’re not allowed to enjoy two great things at once.

I am using Huawei P9, dual sim nano hybrid. I am able to use two sim card and micro sd at the same time, you just have to do a little modding, sim cutting, just google it…

You answered it before I asked the question. I’m also using the Huawei P9 and I’m scared of giving it a try.

The problem with Android 6.0 Marshmallow is they removed the APP2SD feature which disregards the real purpose of an SD Card.

You don’t need APP2SD because you have adoptable storage on 6.0

It’s not like people who want a dual sim phone would contemplate on getting one with a hybrid slot instead, right when there are tons out there that wouldn’t make you choose between an extra sim or extra storage. At the same time, if I bought a single sim phone and found out the sd card is hybrid, I wouldn’t care. XD