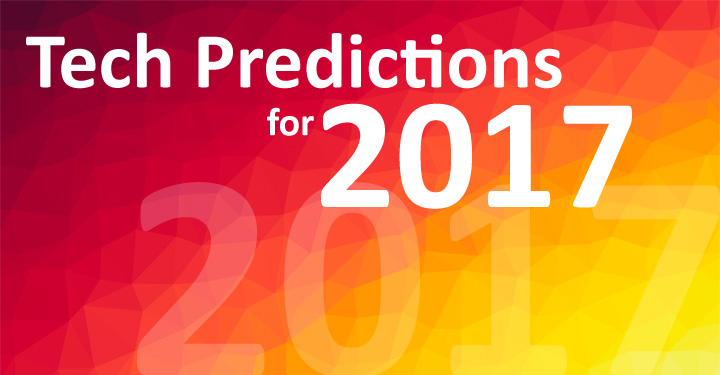 The Philippines is not always the first in terms of tech but that does not need we’re not going to see any improvements or surprises for next year.

10Mbps average broadband speed. The Philippines is still among the slowest in terms of broadband internet speed in the region. The latest Akamai report for Q3 2016 points to about only 4.2Mbps on average. This could drastically change in 2017. PLDT is ramping up its efforts on both fronts while Globe is also aggressive in fiber connections. The number of fiber internet subscribers could spike next year that a lot more people will be able to gain access to 100Mbps to 1Gbps under the new fiber network. That will definitely pull up to average broadband to close to 10Mbps.

Netflix to go all out on content. Last year, I correctly predicted that Netflix will arrive in the Philippines. However, the library os really good and updated content isn’t that much. This is msotly due to some conflicting distribution rights in the region. With Amazon Prime Video going worldwide, including the Philippines, this could force Netflix to push for wider availability of their content library in many countries like ours. Add to that, Amazon has a cheaper subscription fee of $2.99 a month for the first 6 months and $5.99 after that.

Apple is going to give up on the smartwatch. Sales of smartwatches have already slowed down in the past several quarters and it might continue to do so in 2017. Even Apple’s venerable Watch is not immune to this trend. The 2nd-generation Apple Watch didn’t bring anything new or exciting and this could prompt the company to re-think their strategy in wearable tech. Best case scenario is it will end up in a protracted upgrade cycle just like the iPod.

SIM card registration for all. This has long been a topic in both houses of congress and we might just see a SIM Card Registration Bill become into law in 2017. The current administration is in favor of this and so is the House of Representatives and the Senate. While telcos are a bit hesitant because this could slow down sale new SIM cards (or new subscribers), they’re already doing it with postpaid subscribers so there’s no reason prepaid users can’t be registered.

Nokia will make a successful comeback. It’s not the original Nokia but the name still have a lot of brand value left. An affordable Nokia smartphone running Android can offer serious competition against existing vendors that are still trying to make a name for themselves. The Philippines used to be a Nokia country just a decade ago so Filipinos would certainly love to see its comeback.

The FOI Bill of 2017 will be passed. The Freedom of Information has been debated for so long in both houses but never got passed final resolution. We know that a lot of lawmakers are opposed to it or trying to add exemptions to the provisions. With the current administration’s thrust, an FOI Executive Order already in place, we might just see the FOI become a law in 2017.

There’s not much to look forward to in 2017 but I hope some brand out there are cooking up something really ground-breaking. So far, the only exciting product I’m eager to get my hands on is the Nintendo Switch (March 2017).