Why are people disappointed with the Zenfone 3?

Why are people disappointed with the Zenfone 3?

Let’s illustrate what was promised last May 2016 when the Zenfone 3 was announced. The Zenfone 3 was promoted to be priced between $249 and $499. Here’s the chart to compare the specs and the starting prices. 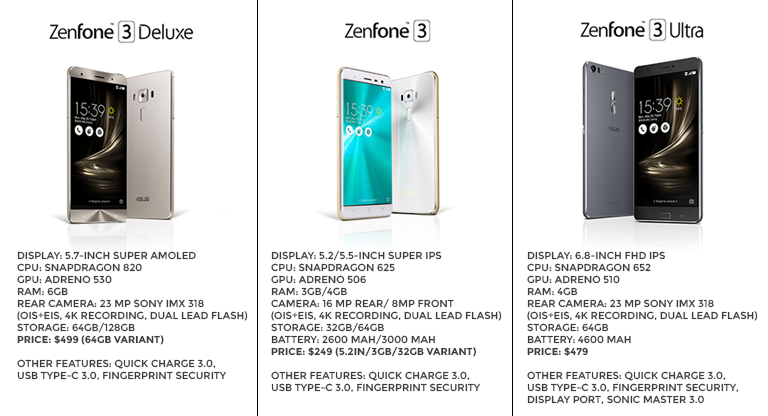 Filipinos love to make direct forex conversions. They know there will be some discrepancy due to importation taxes and VAT but those factors should not deviate by a lot from the global MSRP (we reckon a 15-20% is normally tolerable).

But when the announcements were made yesterday, the prices were off the charts. Let’s do a comparison between the announced global MSRP and the Philippine SRP ($1=Php47).

While the price of the Zenfone 3 5.2 and 5.5 inches are quite debatable if they’re indeed spot on, the focus was more on the discrepancy of the pricing with the Zenfone 3 Deluxe and Zenfone 3 Ultra. The differences were close to 50% of what was stated back in May.

Expectations were doused with disappointments. And we can’t really blame them. While we don’t dismiss that Asus PH is well within their rights to be ambitious (they basically have the best specs of any smartphone on Earth!) with their pricing for the ZF3 Deluxe and ZF3 Ultra, the promised SRP was far from the actual.

There lies the problem. Though we think it’s fine to set the price of the 5.2-inch Zenfone 3 (4GB/64GB) at Php16,995, the perceived “overpricing” of the ZF3 Deluxe and ZF3 Ultra might just have ruined whatever good will they’ve earned from their loyal base.

Also read — “6 smartphones that Asus wants to beat with the Zenfone 3“.