A new action camera has made its way to our hands. This time, it’s the ThiEYE i60+ that comes with 4K video recording, a built-in 2-inch display, and a slew of accessories at your disposal. At below Php4K, what can this sporty device offer its users? We find out. 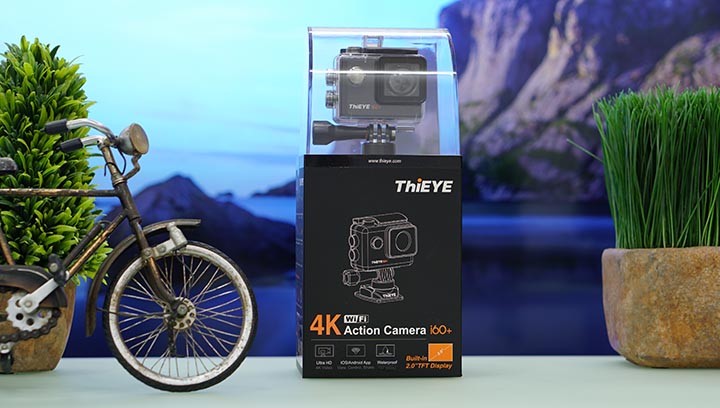 The ThiEYE i60+ comes in a very familiar packaging if you’ve had a GoPro Hero action cam. The device itself is enclosed in a hard plastic shell with all the accessories stashed inside the box. 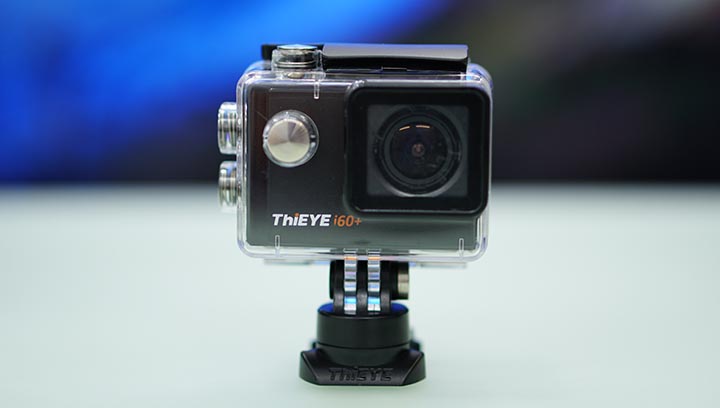 It comes bundled with a clear waterproof housing that protects the device from water and dust ingress. Speaking of the device itself, it is very reminiscent of the GoPro Hero’s form factor with its lens singled out with a protruding square frame protecting the sensor. Even the button placements are very familiar with one in front and up top. The only difference is that the i60+ has two buttons on its side for menu navigation. 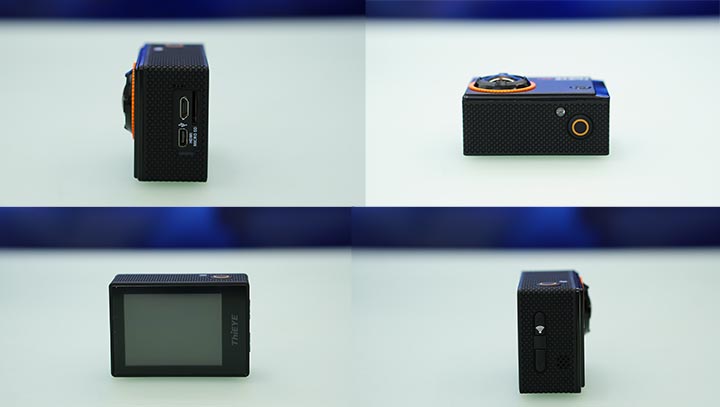 The ports are seen on the left side with a microUSB for charging and transferring files, shutter button up top, a 2-inch built-in display at the rear, and navigation buttons on the right side that also doubles as the toggle for activating its Wi-Fi functionality. 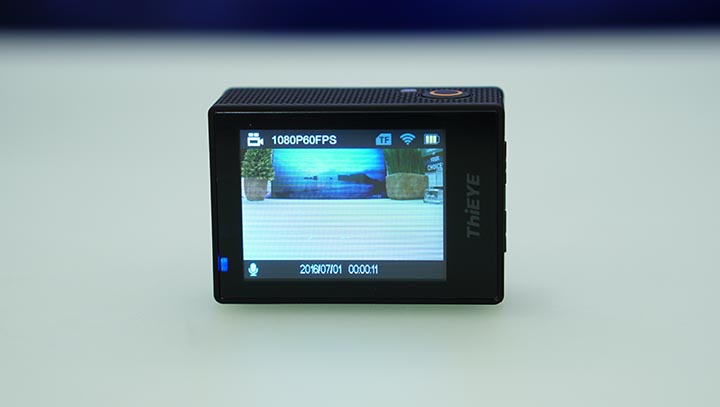 The 2-inch display gives the users a preview of the shot before hitting record. Tweaking the settings and selecting modes are also done here in addition to controlling them via the app. After shooting, you can also preview your shots in this well-lit display. When using the device outdoors, one could still see the contents but the screen easily attracts smudges that could affect visibility. 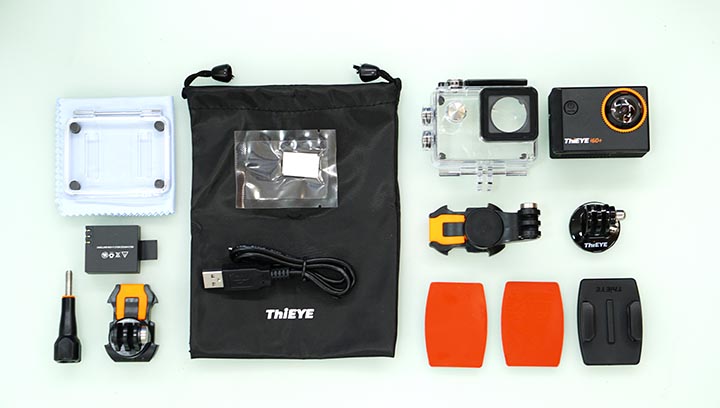 The i60+ has a lineup of features to offer its users to produce a variety of desired output. These are some functions this action cam have up its sleeves: 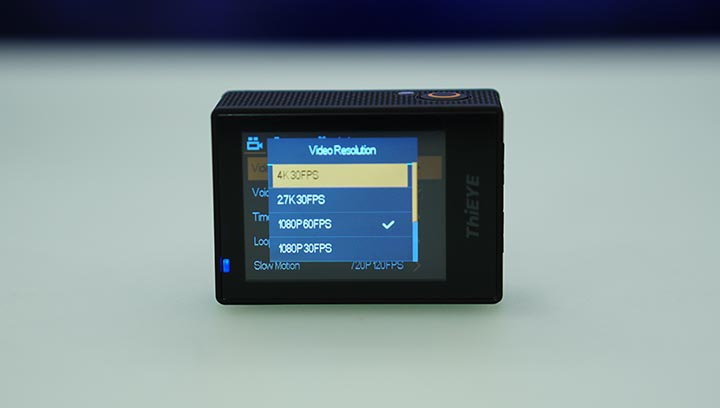 4K video recording – It can shoot up to 4K video at 30fps in addition to 2.7K at 30fps if you want to view your footage on a display that supports the mentioned resolution. You can also use these shooting modes for more flexibility in editing.

Slow Motion – Capture action shots using this feature. There are two slow-mo modes, namely: 1080p at 60fps and 720p at 120fps for a more fluid movement.

Time Lapse – After setting the interval for recording footage, you may start shooting a time lapse that adds a unique touch to your video. 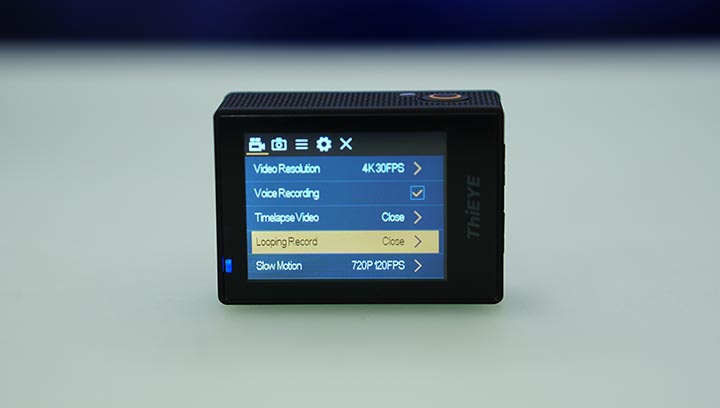 Wide Angle with Zoom – The i60+ features a wide angle stretching to 170 degrees field of view. This means it can see more of what’s in front of it than other action cameras. It can also zoom in up to 4x when the need for it arises.

Car Mode – Lastly, users may opt to use the device as a dashboard camera and attach it to their car with this mode. Together with it, a loop recording feature is also present to save on storage space while on the road.

Carrying a 12MP sensor, the i60+ produced decent images. Although, we couldn’t help but get slightly distracted with the amount of digital noise present in the video. Color reproduction looks natural with auto exposure adjustments. It also has some image distortion seen on the edges which are more suited for action videos.

The footage could sometimes be shaky as it has no stabilization inside it unlike other action cams in this range.

Below is a sample video:

Powering the device is a 1050mAh Li-Ion battery that’s rechargeable. After fully charging it, the i60+ was able to last for one whole session of shooting around 1 1/2 hours of turning it on and off. During our comparison of it against the Motobuy A1, the ThiEYE i60+ outlived the A1 by half the time.

Charging, on the other hand, takes about 50 minutes to fully charge from 0%.

The ThiEYE i60+ comes in GoPro-like form factor but with unique hints of orange all around which makes it appealing to the eyes. It is also very light which makes it a handy device to have when traveling around. 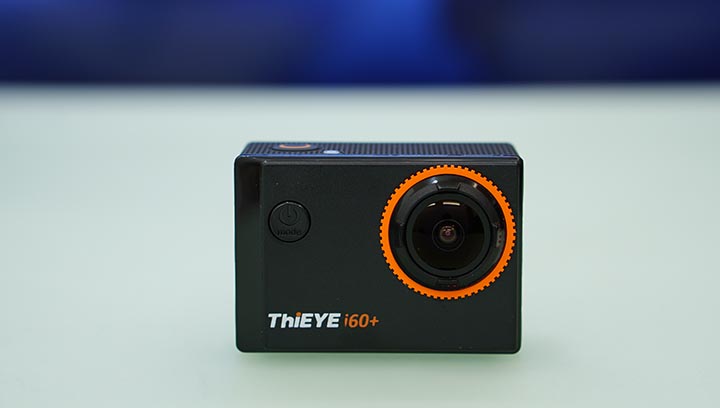 Picture quality is decent with good colors and auto exposure. We only have a gripe when it comes to digital noise as they are present even instances when there is enough light. Mounting it on a bicycle’s handlebar produced decent but rather shaky clips since it has no image stabilization of any kind unlike other devices in its price range.

For Php3,800, the ThiEYE i60+ offers features that are useful for shooting either sports or simple travel videos. It brings to the table 4K recording among other useful bells and whistles without breaking the bank. Do take note that there’s also a Php4,660 package that includes a floater + a 16GB microSD card.