Everyone probably saw it coming as it’s one of Google’s worst kept secrets. The Nexus 5 made by LG now makes it to the limelight, packing a 5-inch 1080p IPS display, a 2.3GHz quad-core Snapdragon 800 CPU with Adreno 330 graphics and Android 4.4 KitKat. 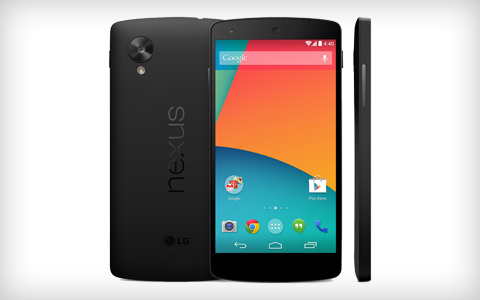 If you would notice, the phone packs very similar internals to the LG G2. This one however inherits the design language of the 2013 Nexus 7, drops the 13 megapixel camera & 3,000mAh battery for an 8 megapixel kind & a lower 2,300mAh capacity and gets the latest version of Android, 4.4 KitKat. It’s smaller too; at 5-inches, it’s more compact than the G2 & almost at par with its 4.7-inch predecessor Nexus 4.

Sadly, the Play Store isn’t available yet in the Philippines and we’ll have to wait for LG to bring it here. Last time, retail stores sold the Nexus 4 at a higher price of around Php24k. Anyway, we’ll just have to wait for more info on local availability.