Android fragmentation issue is not going anywhere as the new numbers from Google itself shows that it’s latest version has reached only a few devices so far. 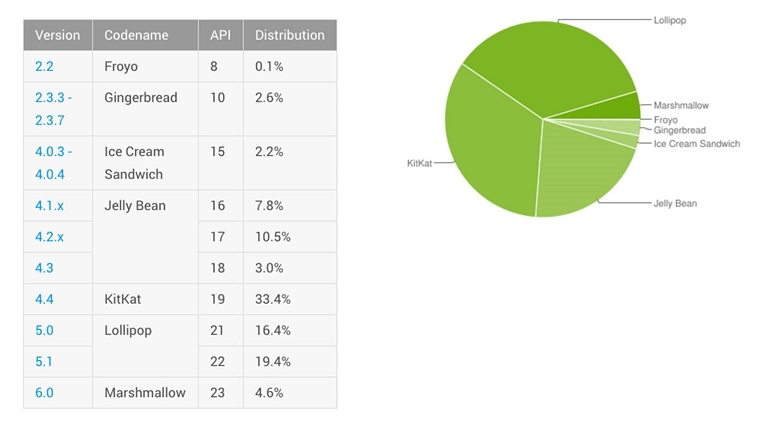 Android 6.0 Marshmallow has just 4.6% of share among other versions. Among those less than 5% are probably Nexus products, Android One smartphones, and some newer devices released in the market. Major manufacturers have also started to update some its phones and tablets to 6.0.1.

It’s been months since Google released this certain flavor of its operating system but, once again, OEMs and other involved parties are not swift enough to distribute it. Then again, with the vast Android devices out there, from cheap to expensive, it’s quite difficult to push a compatible update.

The big share still belongs to the infamous Lollipop version with a combined stats of 35.8%, while KitKat is running behind at 33.4%. Jelly Bean is still at large at 21.3%.

So, what’s your Android version at the moment?