Nintendo recently announced its newest model for the Switch console called the Nintendo Switch OLED. Nintendo released its original Switch console back in 2017, followed by its smaller model, the Switch Lite, then recently revamped the original with a better CPU and battery. The year 2021 greets Nintendo fans with the newest model sporting an OLED display. You may already have one, but the question stands “Should you upgrade?” Find out here as we delve into this. 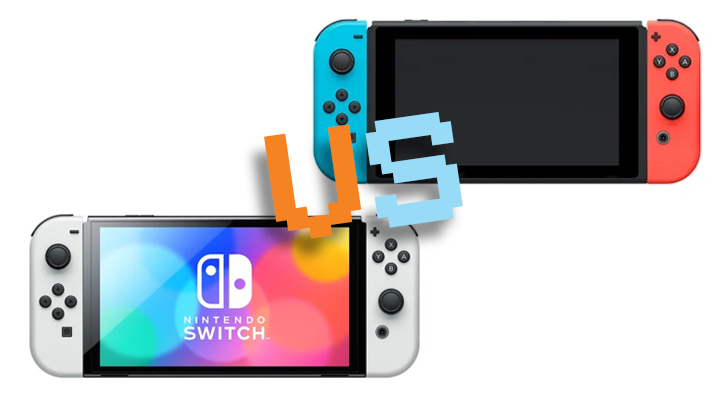 Just like in its name, the new Nintendo Switch OLED has an OLED display—surprise! On the other hand, the original Switch Console has an LCD screen. The basic difference is that OLED displays generate their own light and individually light each pixel, providing vivid images and better contrast. LCD uses a backlight or reflector to produce its images.

OLEDs’ advantage over LCD is that they are more energy-conservative, especially when displaying dark images—switching that pixel off if it is a dark image. So you get deeper blacks and an energy conservative device. On the flipside, LCD screens tend to last longer, as they don’t suffer color degradation that happens to OLEDs due to their organic material. 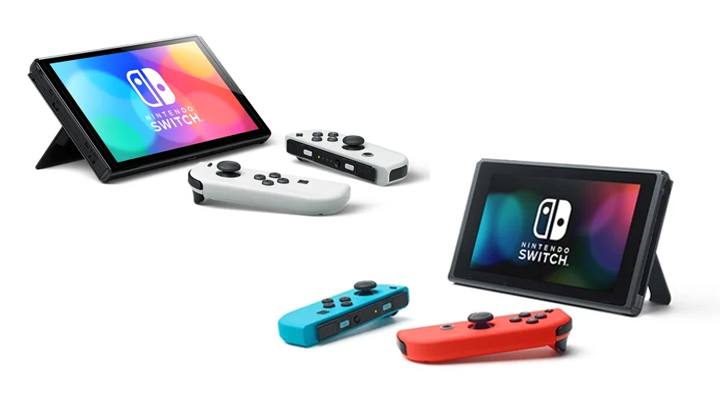 Upfront, the design between these two consoles are similar, same button layout and the same Joy-Cons. The difference with the OLED is the available color it comes in, White. Presenting an elegant and clean design for those people with an all-white gaming den aesthetic, or at least the preference for the color white. Not to worry, the OLED model does come in the iconic Nintendo Red and Blue colors.

If looked closely, the OLED model does have thinner bezels providing a more seamless look to it—enhancing the handheld experience. In addition, the Nintendo Switch stand has been improved, running the stand throughout the back. Thus, making it secure and adjustable for those who use its tablet mode quite often.

As for its dock, the Nintendo Switch OLED comes with an Ethernet (LAN) port, allowing a direct internet connection to the console, which is a good addition to my book, especially when WiFi is slow. No more lagging in Smash Bro fights—huzzah!

Note that both consoles are similar in hardware, both sporting an NVIDIA Tegra processor, which means they will run games similarly. However, the OLED model has an increase of internal storage at 64GB while the original version has 32GB of storage, so that’s another point for the OLED model. Nintendo also advertises that it has enhanced audio for its OLED model, providing a better audio experience in table mode. 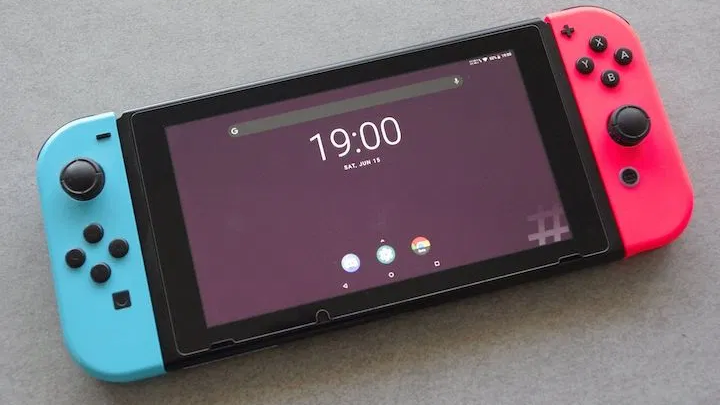 In the battery category, the Nintendo Switch OLED model and the original Nintendo Switch will be providing the same performance. Giving users approximately 4.5 – 9 hours of playtime. Its charging rate is also similar at 3 hours of charging when the hardware is in sleep mode.

According to the official Nintendo website, the OLED model is priced at USD 349.99 while the vanilla model is at USD 299.99. Note that the Nintendo Switch OLED will be officially released on October 8.

If you already have the previous model, the short answer would be no. It is the same under the hood, same battery life, and same functionalities. The answer changes if you are going to buy a new one, for an extra USD 50, you get a better and bigger screen, sturdier stand, enhanced audio, more internal storage, and an ethernet port. So if you have the means to go for the Nintendo Switch OLED, go right ahead, but if you have the original Switch, better stick to it until the Nintendo Switch Pro comes around.

So what do you think? Let us know your thoughts in the comments below. And if you want to read up more about the Nintendo Switch Pro, you can check out our article on it here.