Qualcomm officially announced the Snapdragon 855 Mobile Platform, the company’s latest flagship chipset to date, in December 2018. But it was only just this quarter that brands released smartphones that pack the said chip. It boasts a powerful Kryo 485 CPU, Adreno 640 GPU, and Snapdragon X24 LTE with support for 5G connectivity. So for this article, we’re going to list down the Snapdragon 855-powered smartphones that are already out or will be released in the market soon. 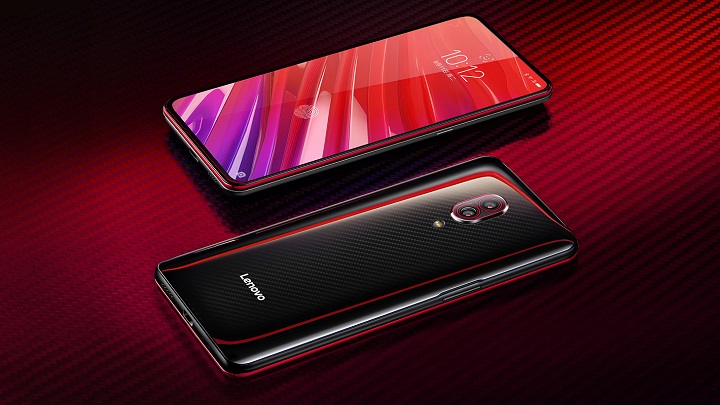 First up is Lenovo and its Z5 Pro GT and one of the first devices to sport the Snapdragon 855 chipset. It a 6.39-inch screen, up to 12GB RAM, slide out front cameras, dual Sony rear cameras, in-display fingerprint scanner, IR Face Recognition, and up to 512GB of storage. It’s already available in China starting at CNY 2,698 or under PHP 21K. No word yet if it will be available in the Philippines. 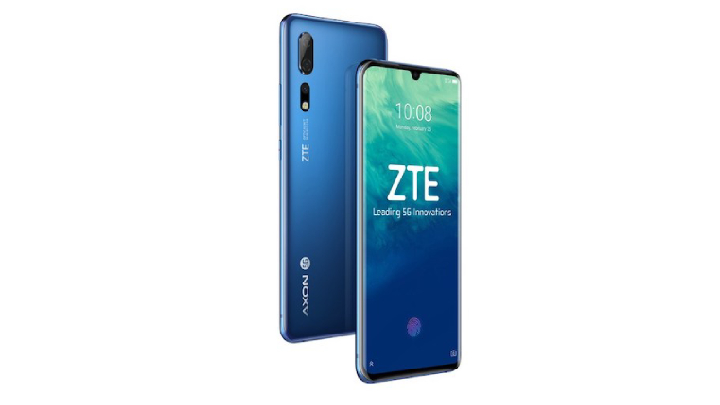 ZTE’s first 5G smartphone is the Axon 10 Pro 5G. You already know the chipset so for its other specs, it’s got a 6.47-inch Super AMOLED screen, 6GB RAM, 128GB of storage, triple rear cameras, in-display fingerprint scanner, and a large 4,000mAh battery with support for wireless charging. Pricing and availability are yet to be announced. 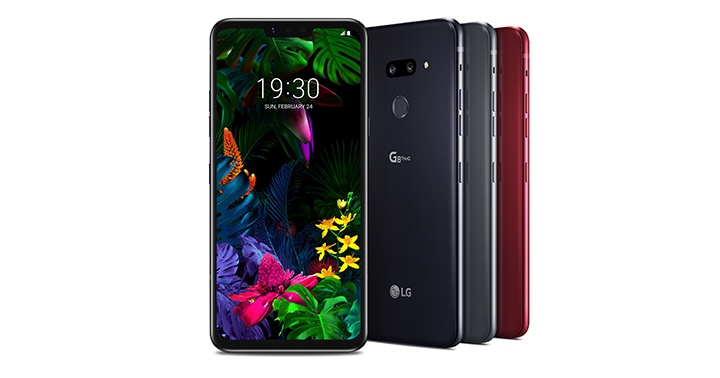 LG released two smartphones during MWC 2019, the G8 ThinQ and G8s ThinQ. The two are pretty much identical with the former being the most feature-packed having a 6.1-inch QHD+ display, 6GB RAM, up to 128GB storage, 12MP (standard) + 16MP (ultrawide)+ 12MP (telephoto) triple rear cameras, 8MP + TOF front cameras, AirMotion controls, and Hi-Fi Quad-DAC. The G8s ThinQ, on the other hand, has a 6.2-inch FHD+ display, and 12MP + 13MP + 12MP triple rear cameras. 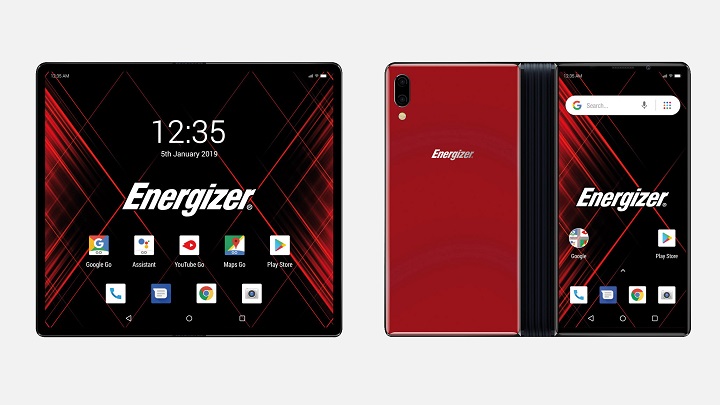 Energizer got some really heavy offerings, and I mean literally heavy thanks to the Power Max P811S. Aside from having a Snapdragon 855 chipset, it has a foldable screen consisting of a 6-inch screen on the outside and an 8.1-inch inside when unfolded. Other specs include an 8GB of RAM, 256GB of storage, dual-rear cameras, and freakishly huge 10,000mAh battery. It’s basically a power bank with phone features. 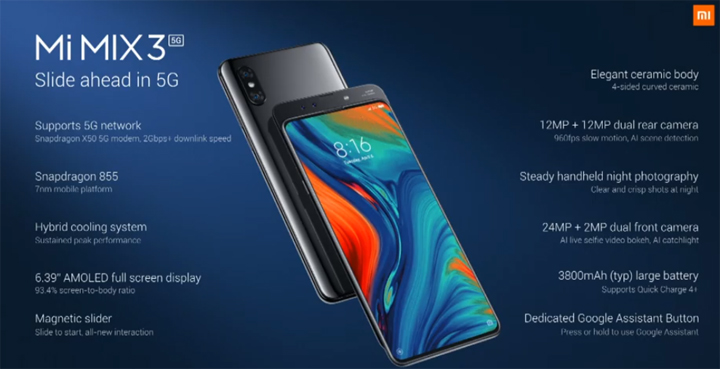 Xiaomi basically took their Mi Mix 3 slider phone and improved the internals. The result is a brand new Mi Mix 3 with 5G connectivity thanks to the Snapdragon 855 chip with 3,800mAh battery with QC 4.0+. Other specs were retained like the 6.39-inch screen, up to 10GB RAM, up to 256GB storage, and dual-rear and front cameras. It will be available in May 2019 for EUR 599.

See also  Qualcomm Snapdragon 855, 855 Plus smartphones you can buy in the Philippines 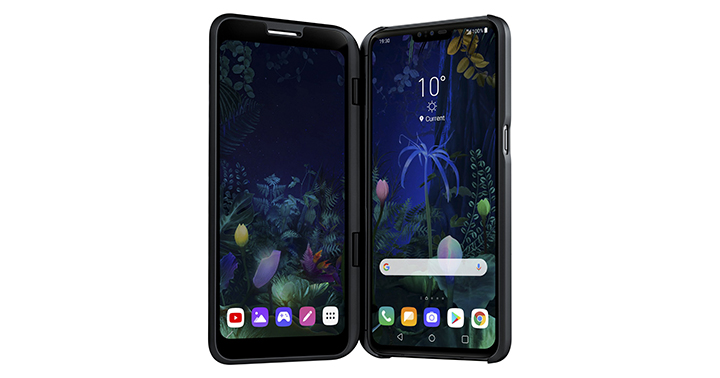 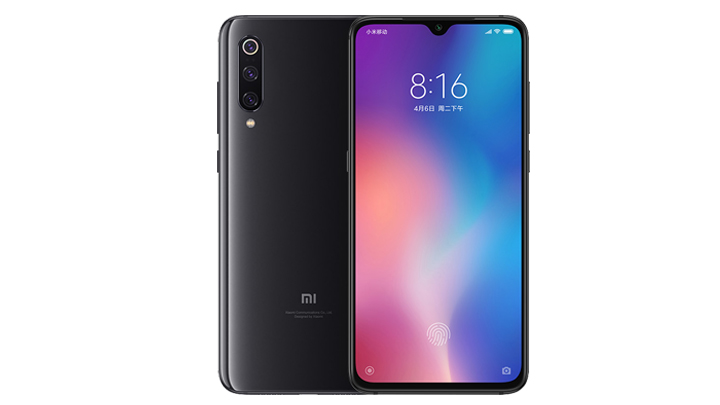 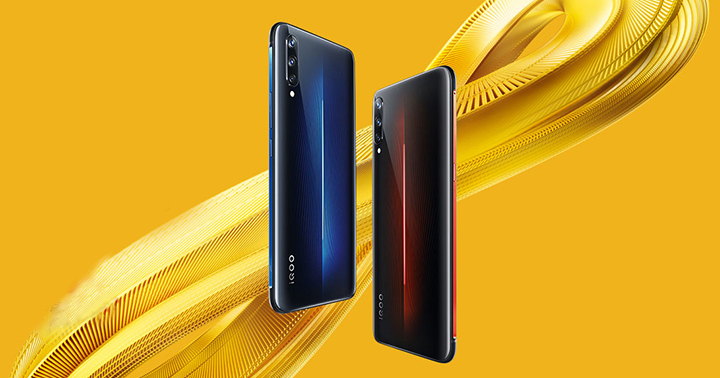 Vivo’s new smartphone brand was announced just this month. It sports a 6.41-inch screen, up to 12GB of RAM, up to 256GB of storage, triple rear cameras, in-display fingerprint scanner, Vapor-Liquid Cooling, and a 4,000mAh battery with support for 44W fast charging. It is available in China starting at CNY 2,998 or a little over PHP 23K. 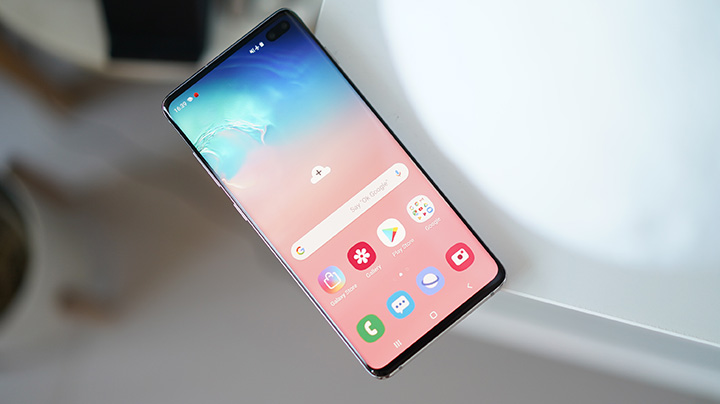 Probably the hottest smartphones right now are Samsung’s Galaxy S10 series consisting of four devices: the S10, S10+, S10E, and S10 5G. It’s been known that Samsung uses different chipsets depending on the region. Here in the Philippines and other regions, its the Exynos 9280, but in the US, it’s the Snapdragon 855. The S10+ is basically is the most powerful of the bunch, followed by the S10 5G, then the S10, then the S10E. You can read about their differences here. 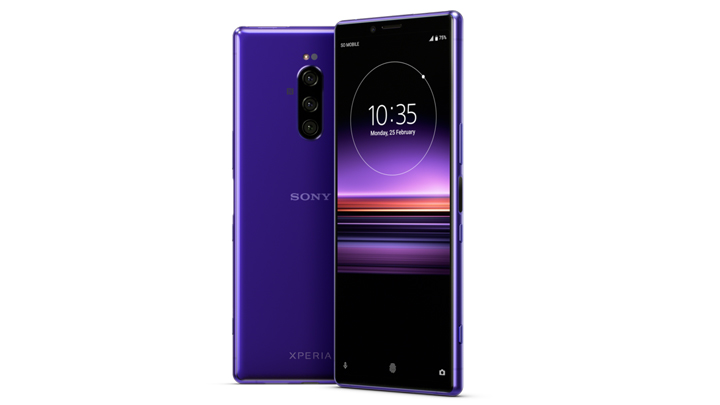 Sony also has a Snapdragon 855-powered smartphone in the form of the Xperia 1. It’s an impressive phone sporting a 6.5-inch 21:9 CinemaWide 4K OLED display which results in an unusually tall size, 6GB of RAM, 64GB/128GB of storage, 12MP + 12MP + 12MP triple rear cameras, 8MP front camera, and 3,330mAh battery with Xperia Adaptive Charging. Pricing is not yet revealed but is expected to be available in Q2. 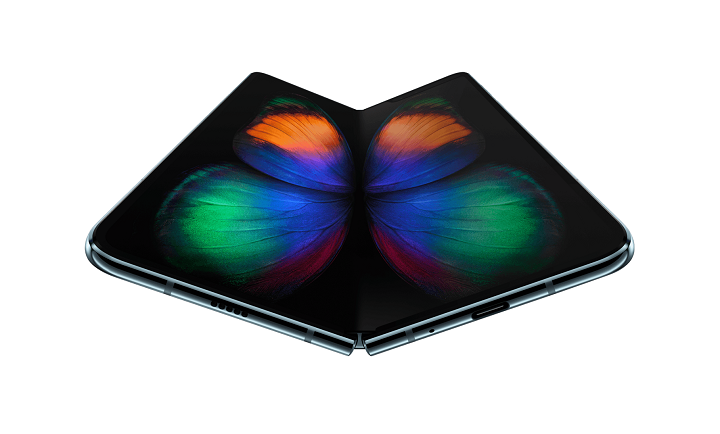 Do you want a folding smartphone? Then look no further than the Galaxy Fold. It features a 4.6-inch display on the front but when you unfold it, you will get a 7.3-inch screen which Samsung calls the Infinity Flex display, allowing you to run three apps simultaneously. Other specs include 12GB of RAM, 512GB of storage, triple rear cameras, dual front cameras, and a 4,380mAh battery with wireless charging support.

And there you have it. We’re pretty sure that more smartphones will be released this year sporting the Snapdragon 855 chipset so stay tuned for those.

Hi Adrian, the article was published a couple of months before the ZenFone 6 was announced. But we’ll update the article to reflect new information.

Where to find the Energizer? Does it come with warranty