OpenSignal: LTE download speeds faster than WiFi on mobile in the Philippines

OpenSignal: LTE download speeds faster than WiFi on mobile in the Philippines

LTE speeds on mobile phones in the Philippines are now faster than when using WiFi connections, according to a report. 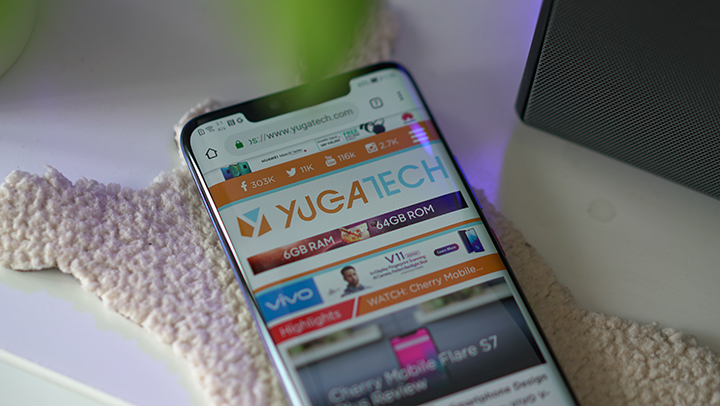 In an OpenSignal study, LTE is deemed to be faster in average speeds 63% of the 80 countries it studied, including the Philippines where it had posted a 9.6Mbps average LTE download speed. The company cites a more widespread 4G coverage, an increasing number of smartphone users, and exploding mobile video consumption as top reasons for having such numbers. Here’s a chart of countries that had better LTE speeds than WiFi in mobile, ranked according to differences in speed: 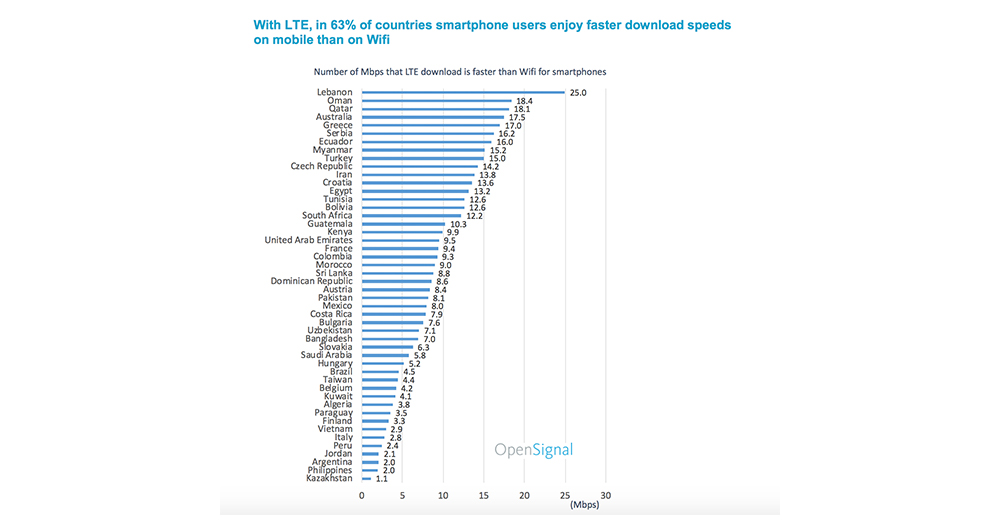 The same report also concluded that wired lines are still strong in the Philippines as the country posted higher WiFi download speeds than the overall mobile average speed in the Philippines. The recoded average WiFi speed is at 7.6Mbps, while the posted overall average mobile speed is only at 6.3Mbps. 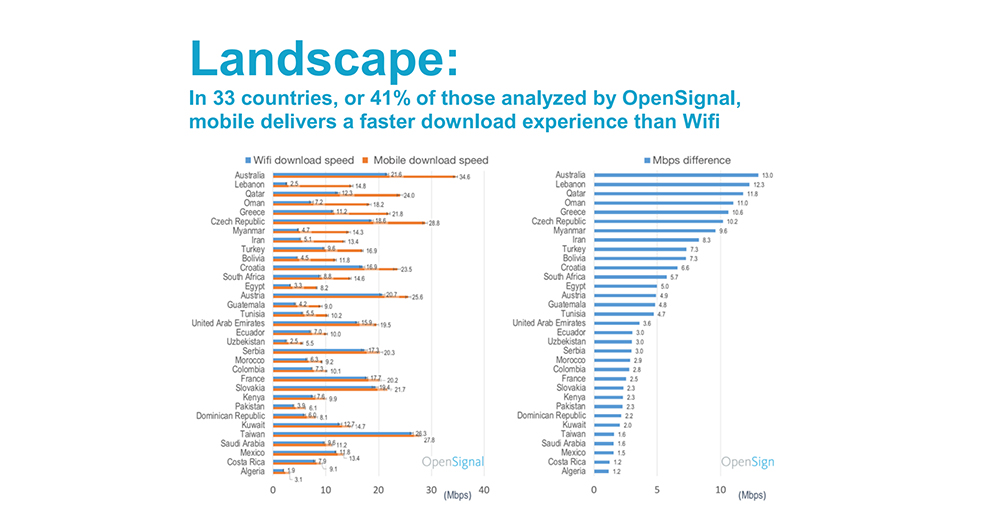 OpenSignal reports that 33 countries had better LTE mobile speeds than in WiFi. Among the top countries in key difference include Australia, Lebanon, and Qatar.  The same cannot be said for other countries with reported high-speed connections such as Hong Kong, Singapore, and the USA. “In three highly developed geographies – Hong Kong, Singapore and the USA – the mobile experience bucks the global trend and significantly underperforms compared with smartphone users’ Wifi download experience with a slower mobile experience of -38.6 Mbps, -34 Mbps and -25 Mbps respectively,” it said.

In its March 2018 report, the mobile analytics company claimed a slight increase in 4G coverage as Globe had 67.47% of 4G coverage while Smart catches up at 59.68%. OpenSignal advises telco operators to take the necessary measures and make effective decisions, especially on WiFi connections. “Mobile operators and smartphone makers must re-evaluate their Wifi strategies, especially around mobile offload, automatic network selection, and indoor coverage, to ensure they do not accidentally push consumers’ smartphones onto a Wifi network with a worse experience than the mobile network,” it said.