OpenSignal: PH download speeds improved over the past 2 years

OpenSignal: PH download speeds improved over the past 2 years

OpenSignal recently reported that the Philippines has seen impressive improvements in download speeds and 4G availability over the past two years. 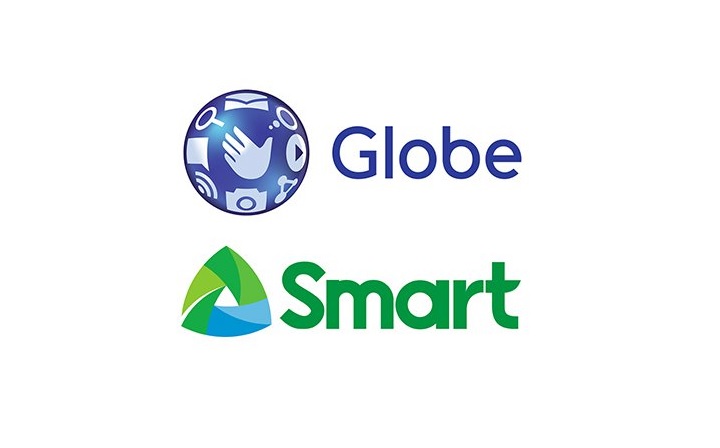 According to the report published on August 26, 2020, between Q4 2017 and Q1 2020 (the last quarter before the COVID-19 pandemic impacted negatively on users’ Download Speed Experience), the average download speeds observed by Filipino users rose from 4.7 Mbps to 8.5 Mbps, a rise of 3.8 Mbps, which translates into an 80.9% increase in percentage terms. 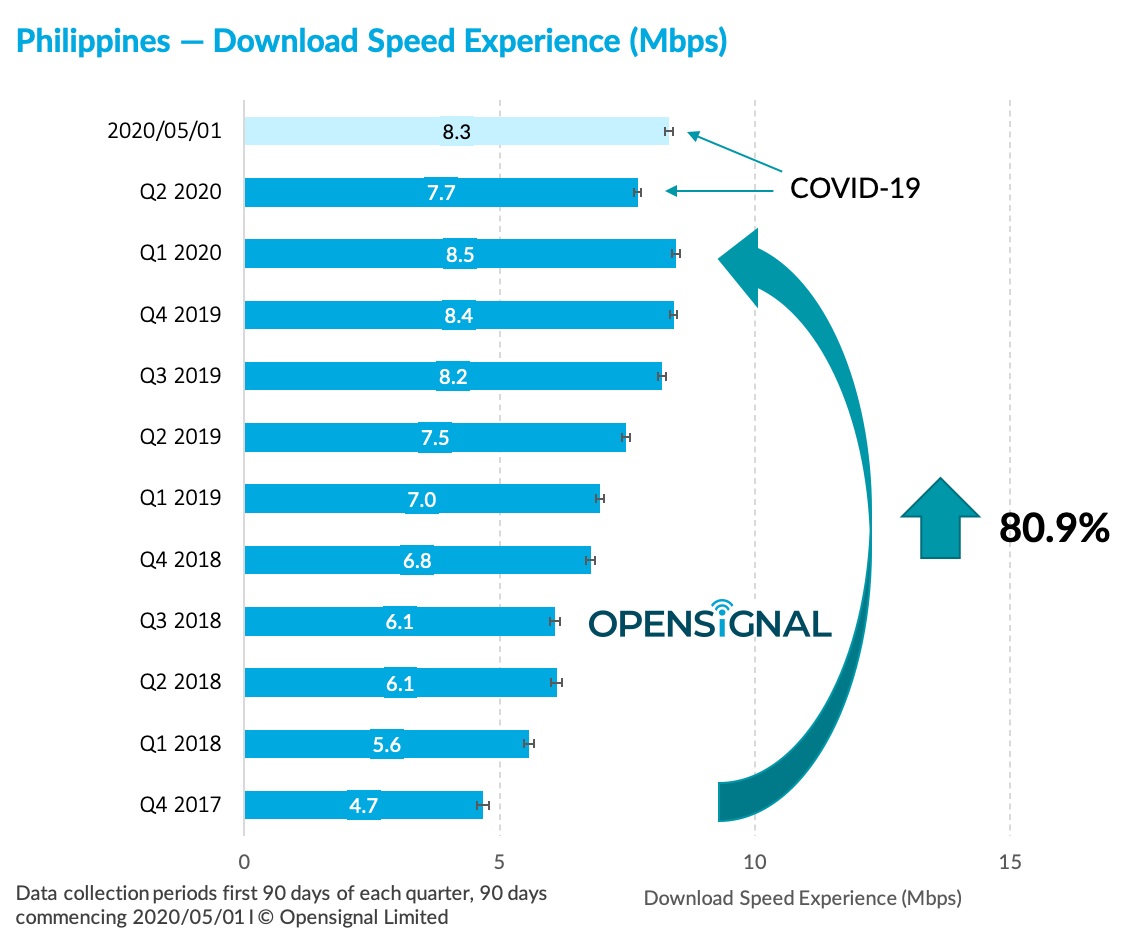 The results can be attributed to the improvements in 4G Availability in the Philippines. 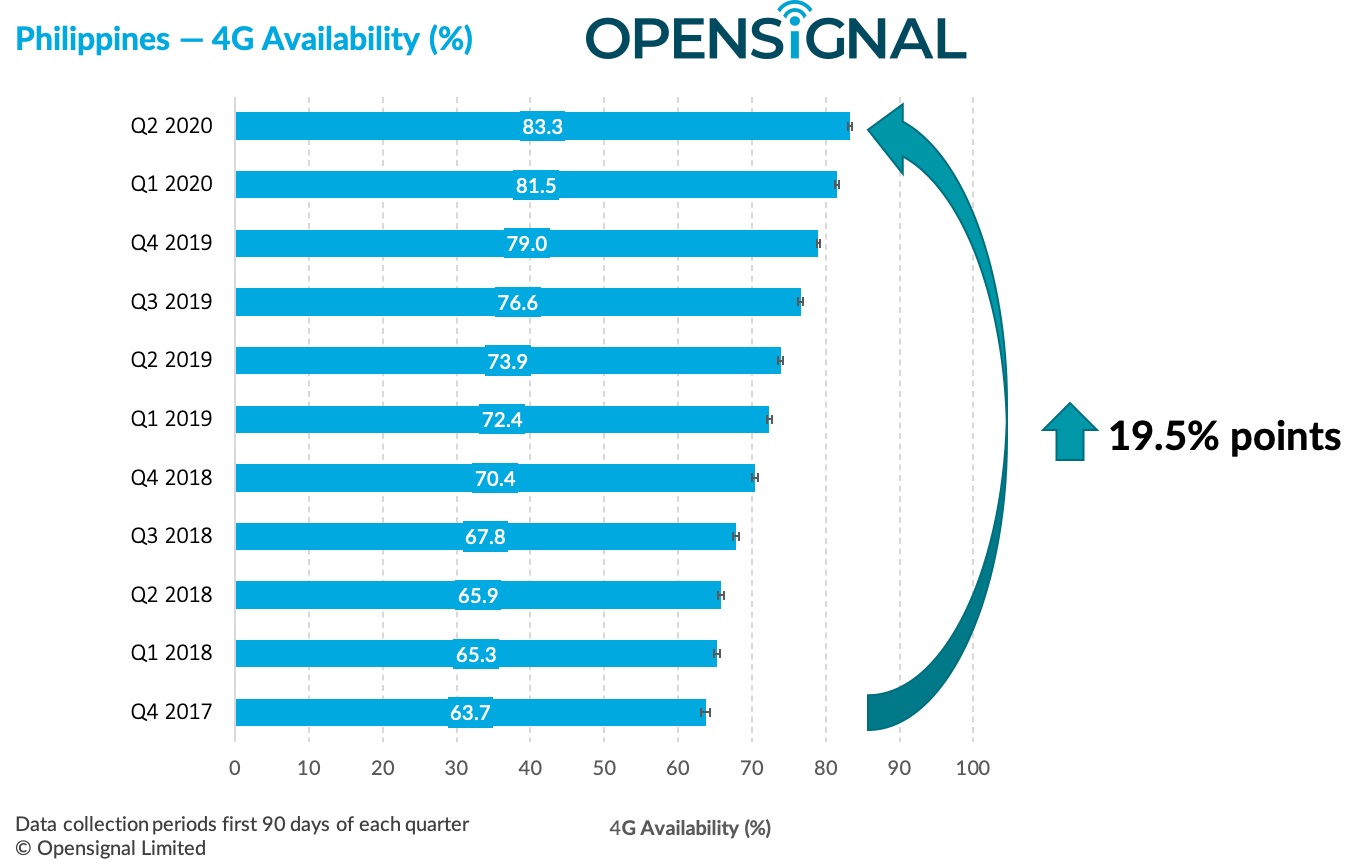 Between Q4 2017 and Q2 2020, the 4G Availability seen by Filipino users rose by 19.5 percentage points and pushed past the 80% mark. Users in the Philippines have also seen at least 10 consecutive quarters of improvement in the proportion of time that they spend connected to 4G.

OpenSignal adds that if the Philippines wish to accelerate this increasing trend, it should look at the actions taken by regulators from around the world to ensure that speeds remained resilient despite the increased load on telecommunications networks that was triggered by the COVID-19 pandemic — such as increasing the availability of spectrum and cutting red tape.