We sat down with Asus Chief Executive Jerry Shen last week during the regional launch of the Zenfone 2 in Jakarta, Indonesia where he revealed some plans and strategy of the company for the Zenfone.

In the video interview below, Shen explained that Asus’ naming convention will follow that of Apple which means we will be expecting the Zenfone 3 next year. He also promised stronger partnership with other chip manufacturers like Qualcomm and indicated the use of the Snapdragon 615 in future Zenfones. 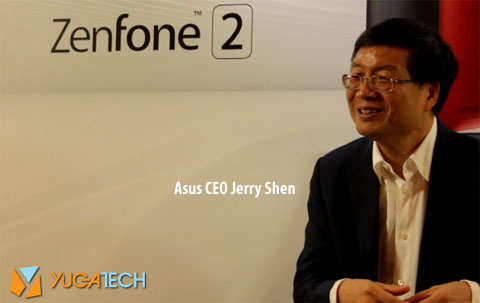 The Zenfone roadmap is still wide open but the executive has indicated that they will make a major release every year but will announce incremental upgrades every 6 months or so.

Just click on the image above to watch the whole video interview.