Last year, ASUS ROG showed us just how well NVIDIA’s Max-Q design standard can be implemented in the form of the GX501, most commonly known as the ROG Zephyrus. It was somewhere between an ultrabook and a balls-to-the-wall gaming laptop, sporting a thin, sexy form factor while still carrying a GTX 1080 GPU. 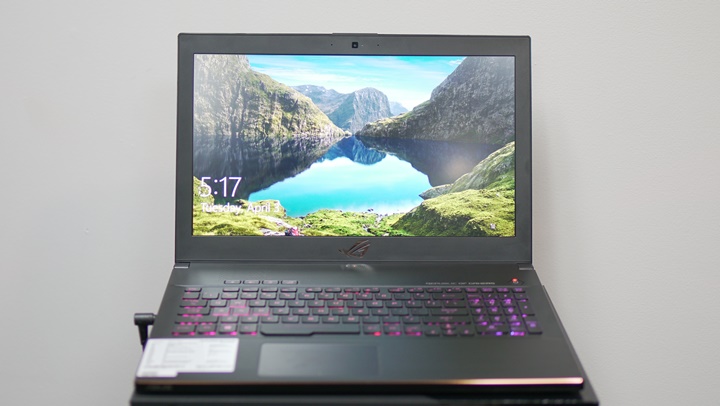 While it easily took the crown for being the thinnest gaming laptop with a GTX 1080, it was met with some criticism particularly in its design, having the keyboard at the very bottom and replacing the numpad with the trackpad. This was of course, a design limitation, as space had to be made for the Max-Q GTX 1080. It was also extremely expensive, retailing for almost Php200k, with no other options for those that didn’t have top dollar.

This year though, things are looking up for the new Zephyrus M. It boasts improvements in its design, display, and of course internals. Both us and our readers chose the original Zephyrus as 2017’s Best Gaming Laptop, as well as Laptop of the Year (YCA 2017 full winners list here). Can the Zephyrus M keep the throne? We’ll see at the end of the year. But for now, let’s check out the new design. 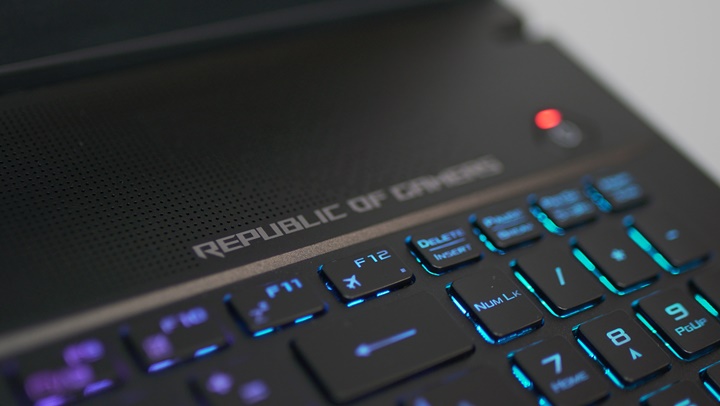 The Zephyrus M still has the same, great aluminum lid and chassis that we loved. It doesn’t quite go for the seamless look as a virtue of function over form, but is definitely one of the more stealthy laptops under the ROG brand. It’s slim, sleek, and just elegant. 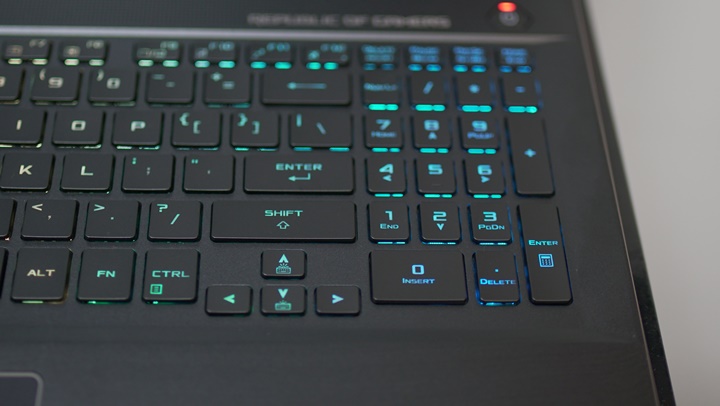 Speaking of design improvements, hooray! We’re now back to a traditional keyboard/trackpad layout with a full keyboard, including a numpad, as well as normally positioned arrow keys. The keyboard has RGB individually backlit keys for any color configuration you can imagine, and the machine is now ASUS Aura Sync compatible, allowing you to color-coordinate with ROG peripherals. 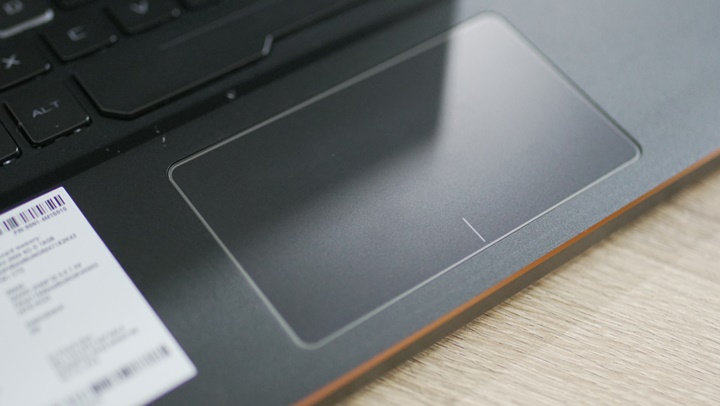 The trackpad is located below the keyboard. It has a decent size, though as with a lot of other ASUS laptops, the texture still isn’t to my taste. Although, the click, like the feel of the keys, is quite nice. 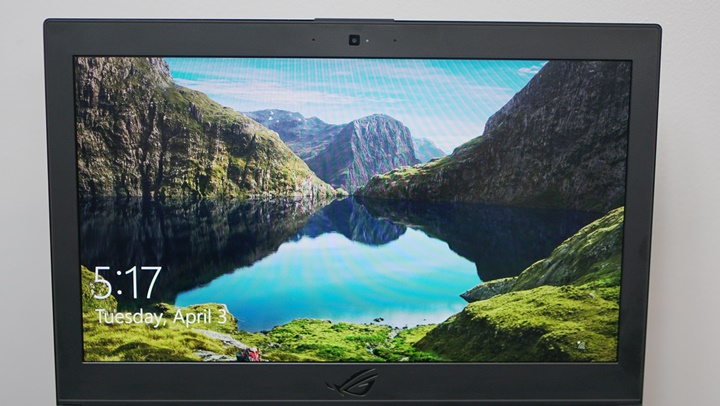 Tilting our field-of-view upwards, we see the improved display. It’s now way better than ever, as we will be treated to nicer colors due to the use of an IPS panel, and gameplay will not only be smoother because the refresh rate has been bumped up from 120Hz to 144Hz, but because it’s also an NVIDIA G-SYNC enabled display. Yes, goodbye screen tearing. 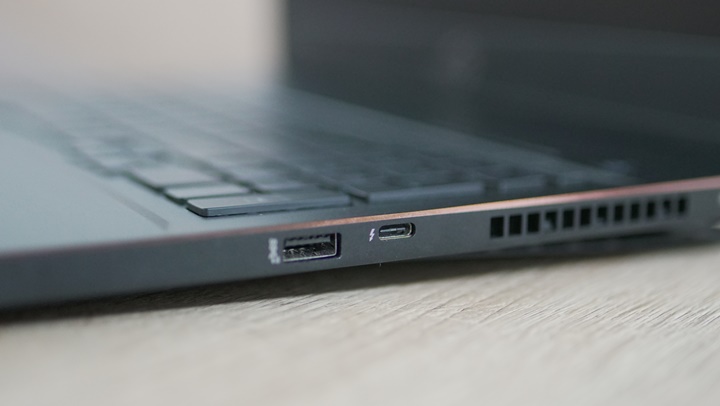 Moving on to I/O, we’re treated to a good mix of ports. The right side houses a USB 3.1 port and Thunderbolt 3, while the power input, HDMI port, three more USB 3.1 ports, and combo audio jack are on the left. 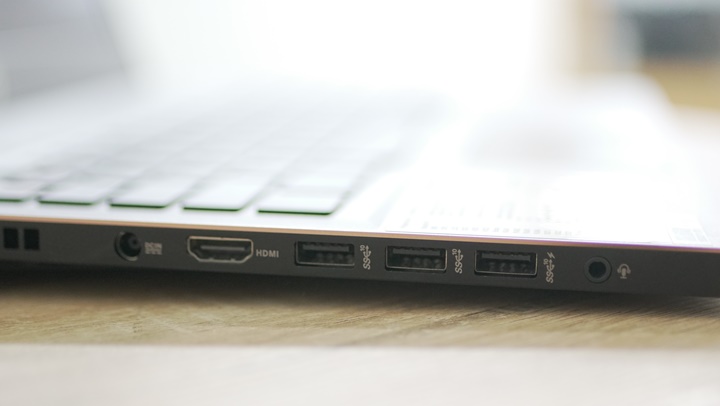 Over at the back, the Active Aerodynamic System is still present. It’s a function that opens a small portion at the bottom of the laptop when the lid is lifted up. This helps with cooling performance, with ASUS claiming that it nets a 20% increase in that regard. 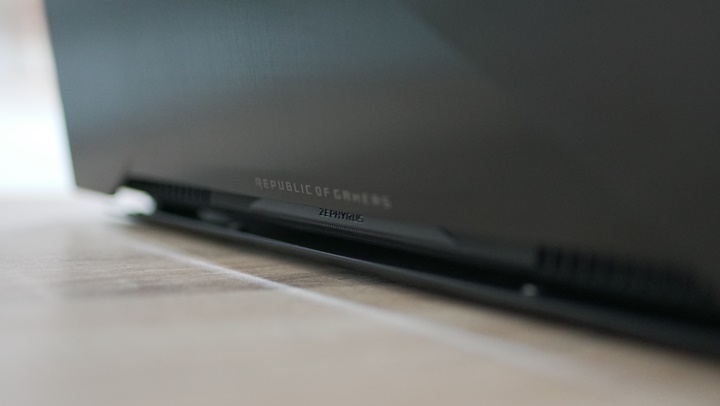 Overall dimensions have changed a little bit, notably in the weight. The original GX501 weighed in at 2.25kg, while the Zephyrus M is now at 2.45kg. The difference would definitely be felt by someone that has had experience with both machines, but it’s honestly not that big of a deal.

Powering the Zephyrus M is an Intel Core i7-8750H processor – a Hexa-core chip that should greatly help with workloads other than gaming. Additionally, it’s equipped with a full-on, non-Max-Q NVIDIA GTX 1070, 16GB of DDR4 RAM, a 512GB SSD, and 1TB HDD. Providing juice is a 4-cell 55Wh battery that ASUS claims to last 5.5 hours.

We weren’t able to do any performance tests with the machine we were able to take a look at, as it was a pre-production model that didn’t carry the advertised specs. Still, we were impressed by the Zephyrus M’s new design, and we’re definitely going to be twiddling our thumbs in anticipation for this bad boy to be released. Do stay tuned for our full review. 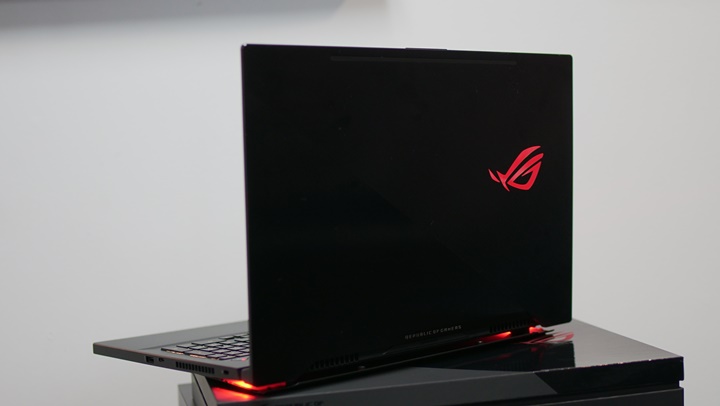