Facebook Chief Technology Officer Mike Schroepfer announces its updated plans to restrict data access on Facebook. This is line with the issue that data firm Cambridge Analytica may have gained unauthorized access to up to 87 million users’ data. 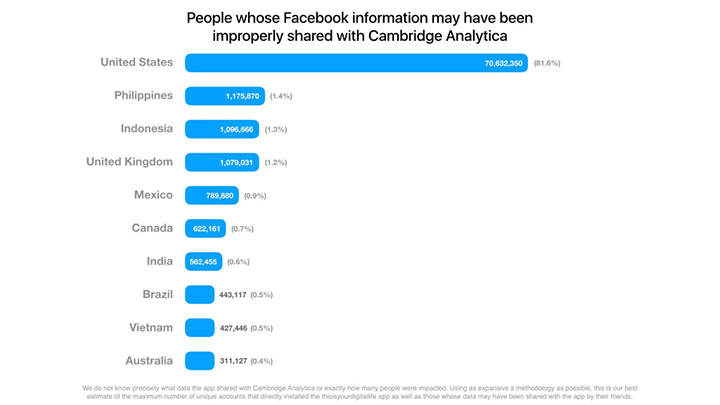 Facebook made nine important changes and it said that users should expect more changes in the next coming months. But for now, here are some: On the said date, Facebook will also tell the people if their information may have been improperly shared with Cambridge Analytica.