Last month, we gave you a quick tour of the MSI Modern 14 laptop that is powered by the 11th-gen Intel Core i7 U-processor and Intel Iris Xe graphics. To give you an idea how it would perform, I used it as our primary device for work and entertainment. Here’s my experience. 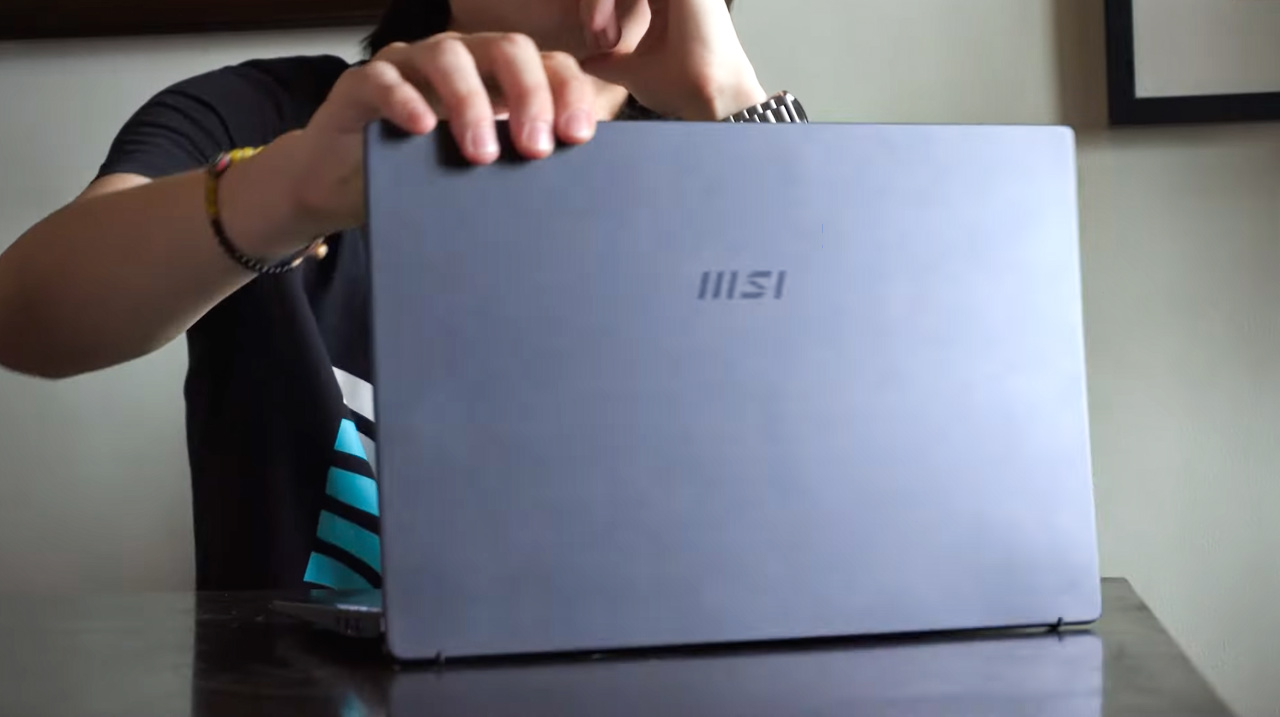 I start my day with a cup of coffee, and with the MSI Modern 14, I fire up Google Chrome to launch the websites I need for work. I check emails, log in to our dashboard, open the website, log in to our social media channels, check the news, and open other tools. At this point, we’re already running close to almost 20 tabs with our performance settings set in Balanced. The MSI Modern 14 didn’t show any sign of slowing down, which is good. 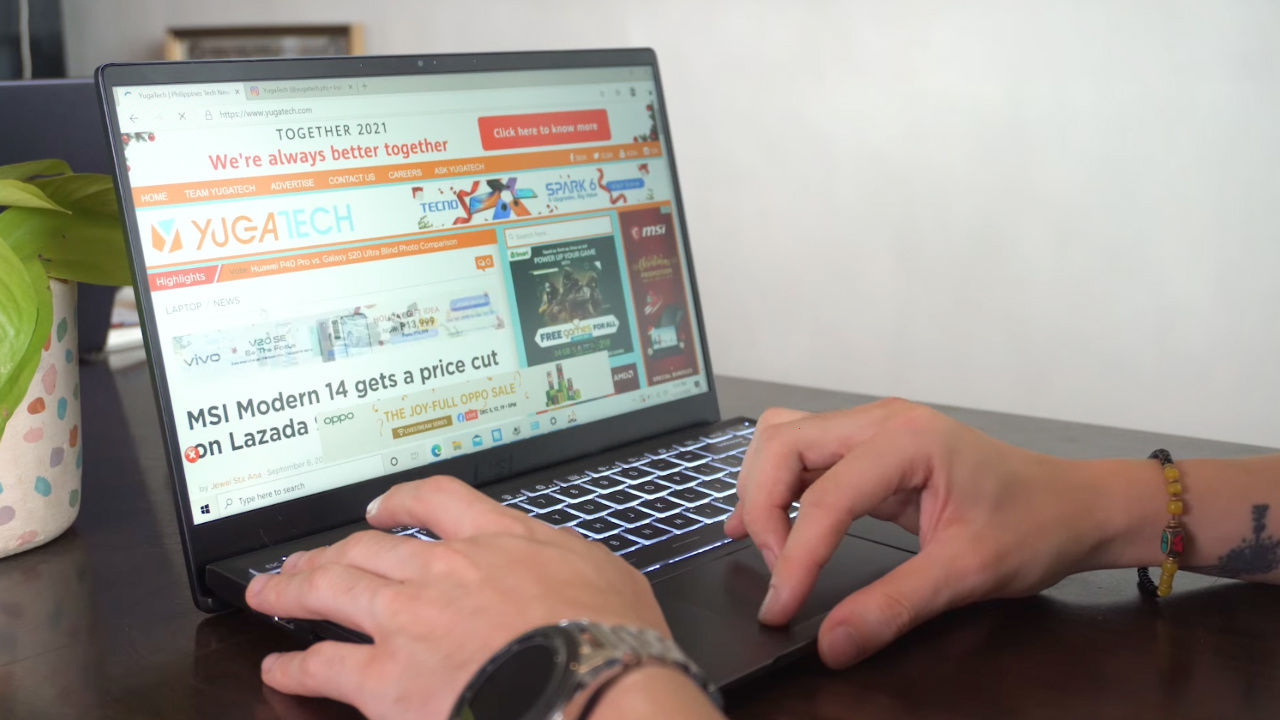 It has 8GB of RAM, which is the capacity we see in most laptops nowadays, but it might not be enough for some users. However, according to MSI’s website, the Modern 14 can accommodate up to 32GB RAM, so you can upgrade it in the future. But so far, this laptop was able to handle plenty of Chrome tabs, with 3 or 4 other applications in the background with ease. Switching between windows is just smooth and very responsive. 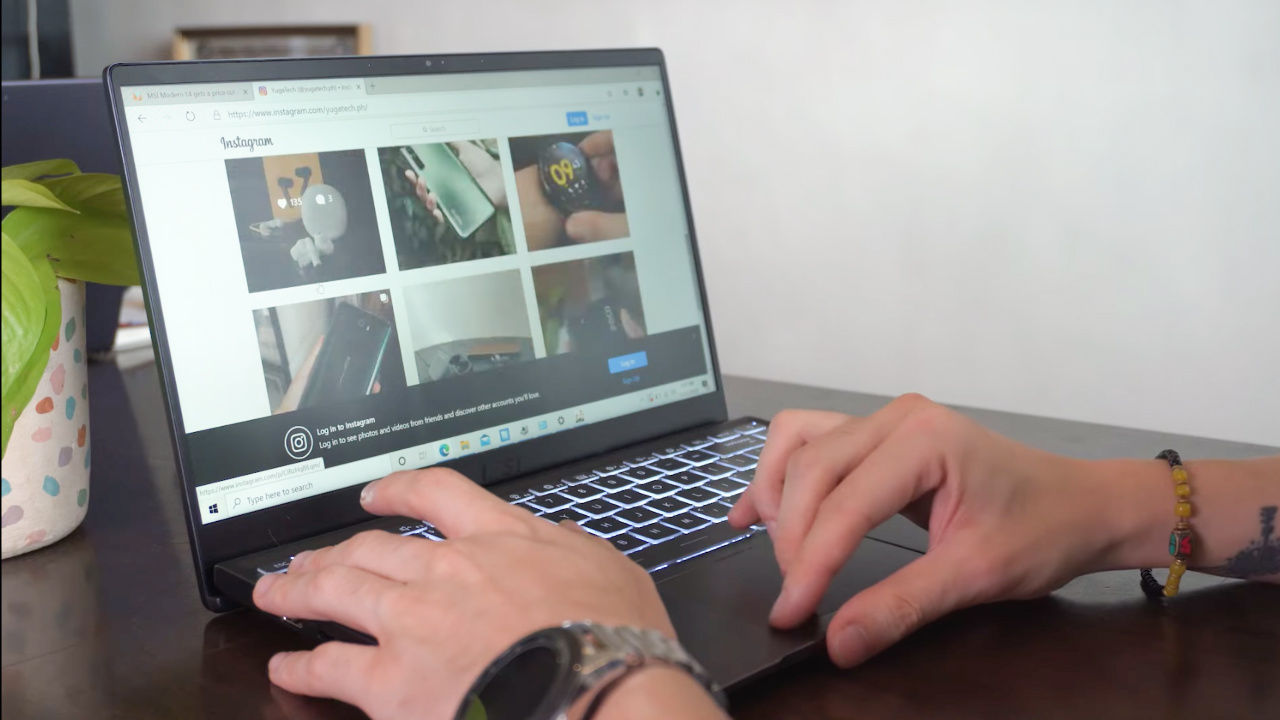 At this point we are juggling at an average of 20 Chrome tabs with other software like Discord and Zoom, and things are still pretty smooth. We also opened the MSI Center for Business & Productivity to check the status of the laptop as well as tweak some settings. Other features you’ll see in the app is System Analysis where you can see the System Info, Live Update for updating drivers, and recommended Microsoft apps. There’s also Support where you can do some System Diagnosis, Backup, and System restore. We’ll discuss more about those features in a separate article. 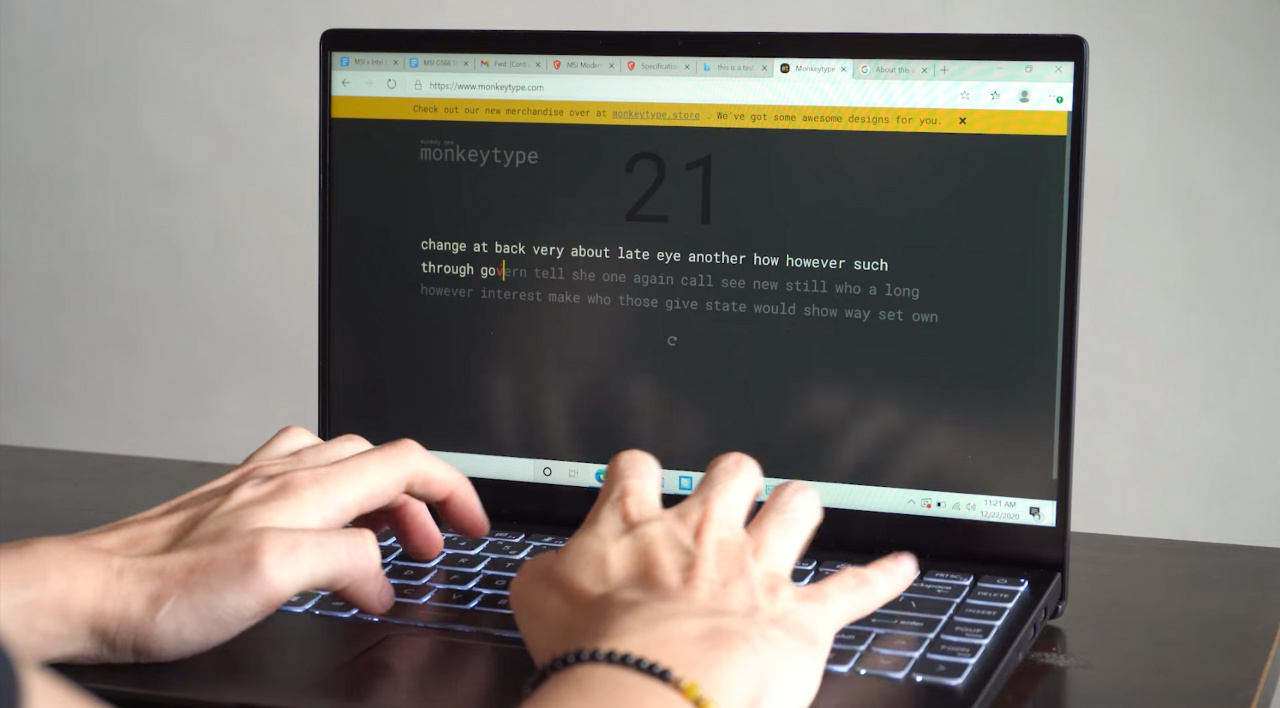 More than halfway through our work day, we have already added a few more software running on the Modern 14, which includes Microsoft Word, Excel, and PowerPoint. We also opened a couple pre-installed CyberLink software like ColorDirector and AudioDirector just to play around with it. Normally, we wouldn’t be running these number of apps, but we kept it in the background to see if it’s going to choke. And so far, it’s still running smoothly. 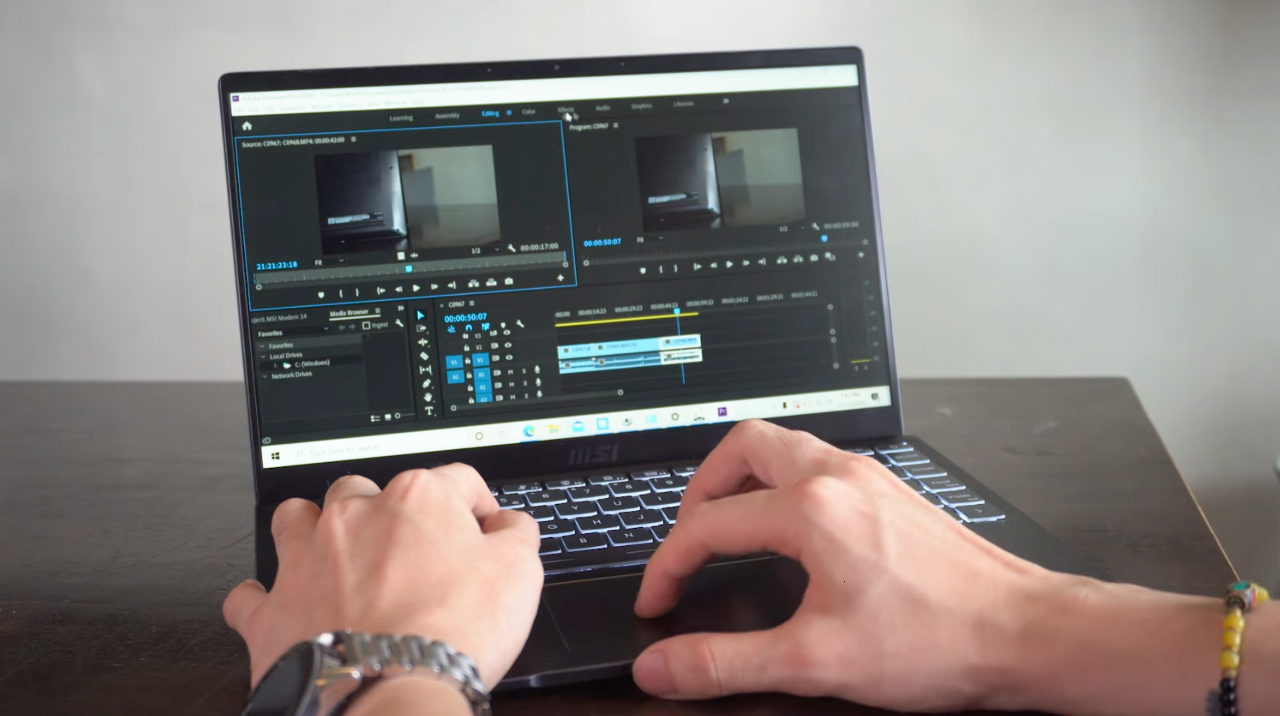 As we approach the end of the day, we were able to do heavy Chrome browsing, wrote and published a few articles, edited photos, and used a number of productivity software. Now, it’s time to destress and enjoy some entertainment. To see how the 14-inch Full HD IPS screen would treat us, we fired up YouTube to watch a few videos from our favorite creators then switched to Netflix to catch up on some TV series. We were also able to play Genshin Impact at low settings, which is cool, considering that this is not a gaming laptop.

At the end of the day, the MSI Modern 14 was able to provide us with enough power to accomplish our productivity tasks for the day and have more than enough left for some entertainment. Given this experience, we can say that the 11th-gen Intel Core i7-1165G7 CPU and Intel Iris Xe Graphics, along with the 8GB of RAM and 512GB SSD, can provide reliable performance for business users who focus on productivity.