It’s no secret that realme has entered the laptop segment, as the realme Book has been out in India and China for about a month now. With a sleek design, decent hardware configuration, and competitive pricing, its arrival in the Philippines is very well-timed given the still rising demand for laptops in this work/study-from-home era. 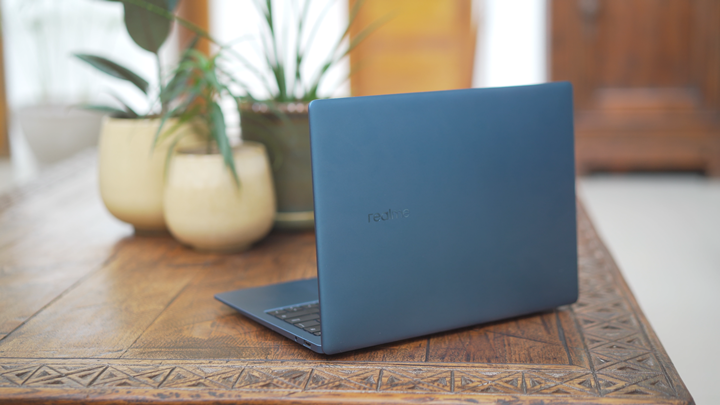 The introduction of a sub-PHP50,000 ultrabook into such a market can and will introduce some healthy competition and shake things up, but can the realme Book, as a product, hold its own? Let’s check it out. 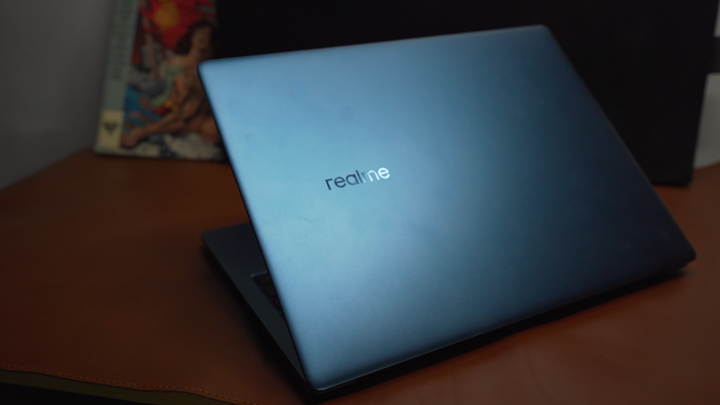 The realme Book sports a slim aluminum body that’s quite sleek and light. When closed, it measures just 14.9mm thick. Weight-wise, it’s at 1.38kg or roughly 3lbs. Opening it up, my initial impression is that the hinge is a little stiff, as lifting the lid with one finger is not possible — although this may actually help with the hinge’s longevity. 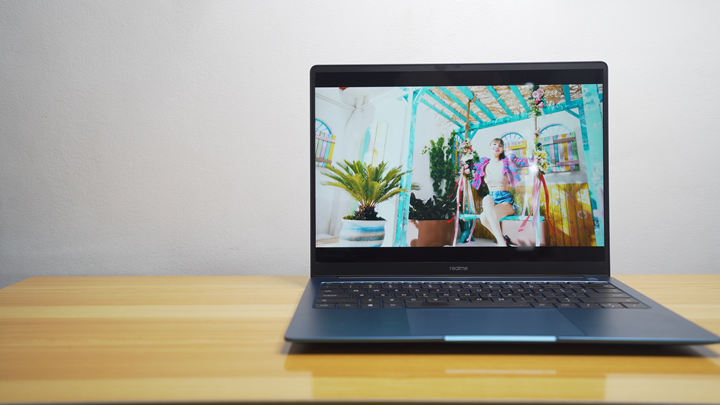 Now looking at the layout, I like it already. The 14-inch screen has a nice tall 3:2 aspect ratio, which provides a boost in productivity compared to a traditional 16:9. The bezels are slim, too, adding a few more points to the sleekness factor. 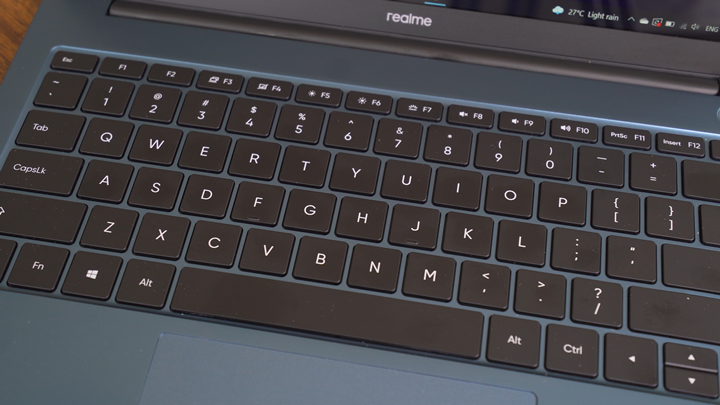 The keyboard has a nice layout that makes good use of the available lateral space. It’s backlit with white LEDs, though only two brightness options are available. I wouldn’t say it’s exactly comfy to type on, as the keys are a little stiff, requiring a firm tap. Aggressive typers will be right at home, but if that’s not you, then you’ll have to get used to it. 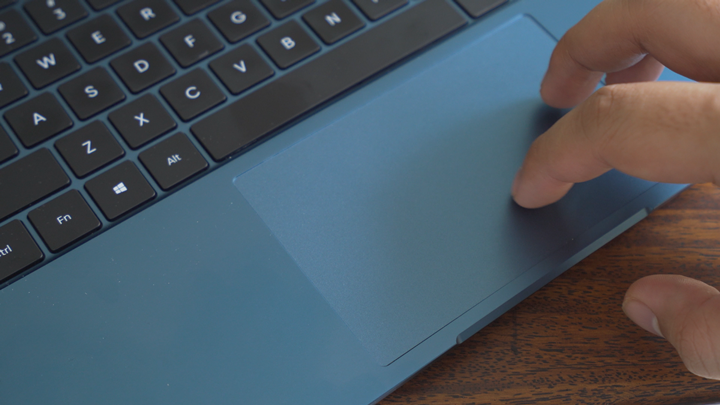 The trackpad is nice and big, giving you lots of space to get your cursor around the screen without lifting your finger and use pinching and swiping gestures with certain apps. It’s a little grippy out of the box but should slick up over time due to the natural oils in your skin. The click coverage is pretty decent, with only about the upper 1/4 not registering a press. 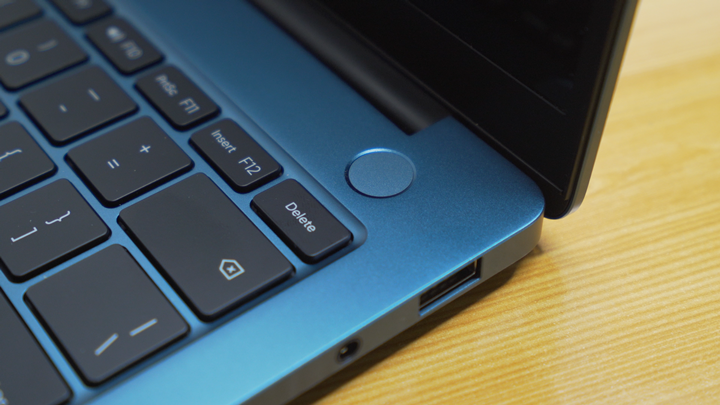 For the cherry on top, the power button also doubles as a fingerprint scanner and is thankfully placed above the keyboard instead of as a part of it. I’m a firm believer that the upper rightmost key in a laptop keyboard should be the Delete key, and I’m glad to see it here. 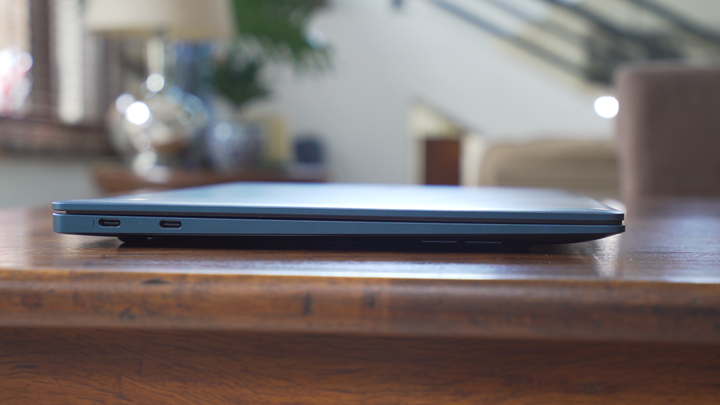 Now moving on to I/O — since we get the i5 variant here in the Philippines, we get one Thunderbolt 4 and one USB-C 3.1 Gen 2 on the left side. On the right side, a single USB-A Gen 1 and a combo audio port. Now for me, it would have been nice to also see an HDMI port and perhaps a microSD reader, but the configuration we’re given is pretty standard enough for most people — charger on the left, wireless mouse dongle, and headphones on the right. Anything more, and you’ll need an adapter. 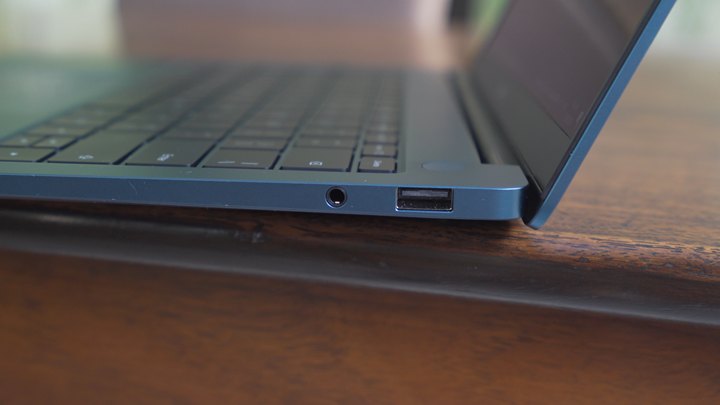 Flipping the realme Book to check out the bottom, we see a good set of rubber feet that gives space for airflow and speakers. Now, getting underneath is just a simple matter of removing the nine Torx screws. 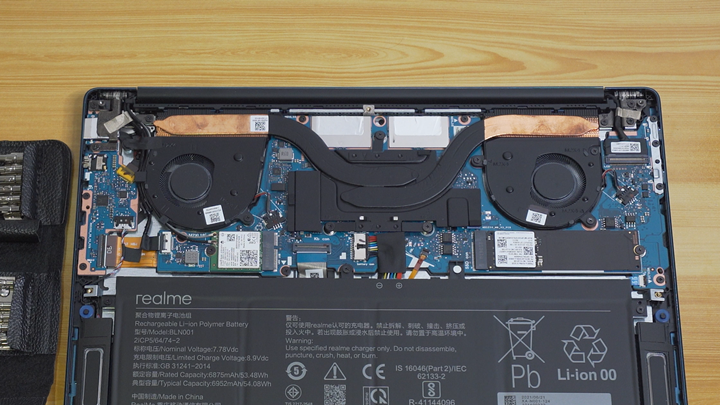 Doing so reveals that the RAM is unfortunately soldered, which means that unless realme releases a 16GB variant, we are stuck with 8GB. However, the SSD uses a standard M.2 slot, allowing you to upgrade that 512GB drive if you want to. 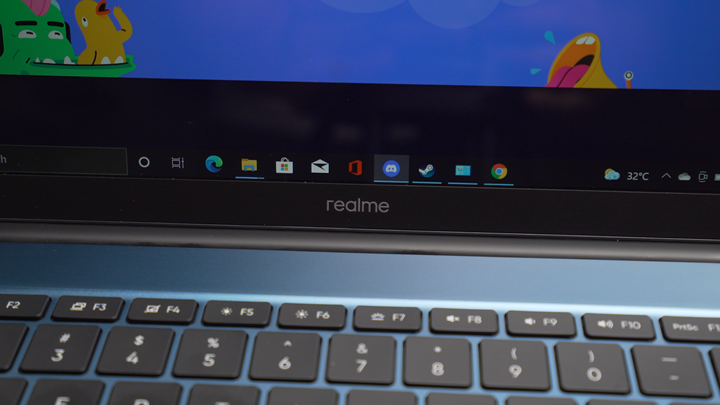 For the rest of the internals, the realme Book is powered by an 11th-Gen Intel Core i5-1135G7 4C8T CPU, along with Intel Iris Xe graphics. For battery, we get a 54Wh non-removable pack with support for 65W fast charging. This is a promising set of hardware that should pack plenty of performance and battery life. 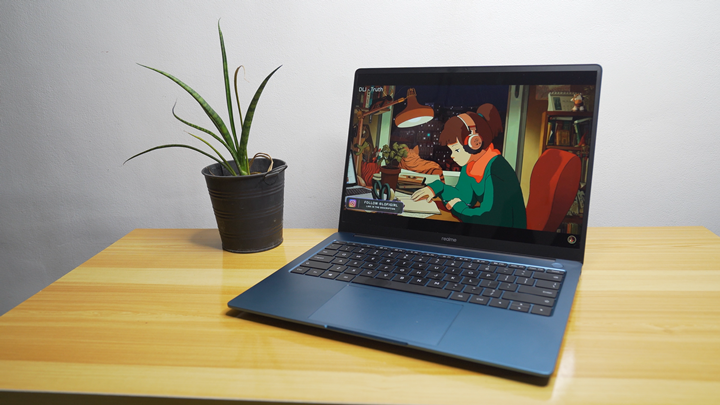 That aside, though, the realme Book is shaping up to be a solid entry to the Philippine laptop market that desperately needs more and more good options. On the surface, it’s definitely a lot of bang for your buck. To find out if that’s the absolute truth, you guys will have to stay tuned for our full review.