Just a few months ago we reviewed the realme GT 5G—sure enough, it‘s a true flagship killer. Now, realme is bringing to the Philippine market the realme GT Master Edition which is a mid-range version with a new processor and even its own unique design. Let’s check it out! The realme GT Master feels slim to grip. It takes pride in its design since it’s curated by Japanese designer Master Naoto Fukusawa that’s known for his work with MUJI, Alessi, and many more. 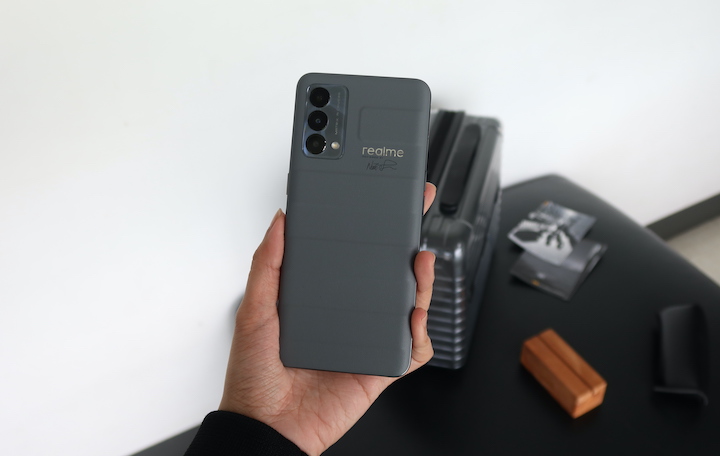 We have it in the Voyager Grey version, which is obviously inspired by a suitcase design, and we think it looks refreshing and distinctive. You get that luggage-like structure in vegan leather material—that does add an additional premium feel. And there’s also a noticeable realme branding together with the designer’s signature embedded. 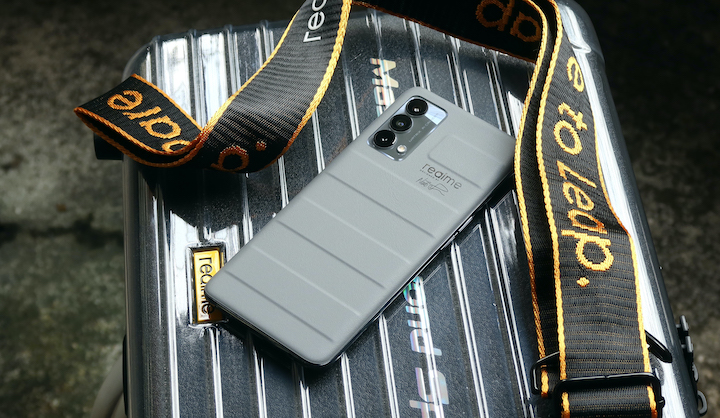 We’re liking it, but if you don’t dig it, the Daybreak Blue variant is also available locally. It sports a metallic look that gives a holographic effect.

The slightly protruding module at the back contains the LED flash and its triple camera setup consisting of a 64MP main cam, an 8MP ultrawide, and a 2MP macro lens. 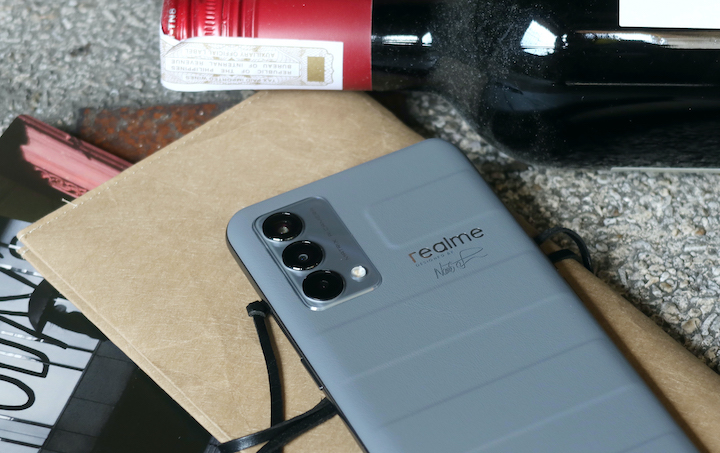 For buttons and ports, located on the right is the power button alone, while on the left are the volume rocker and the card tray for 2 nano-sized SIM cards. Yup, there’s no microSD card slot here. 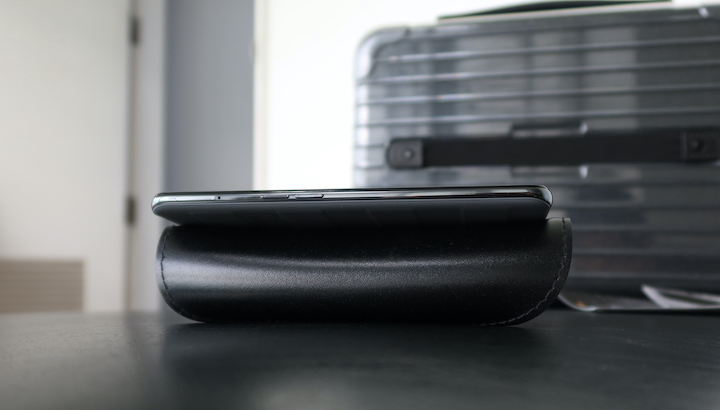 On top is a single microphone, while at the bottom you can find the loudspeaker, USB-C port, main microphone, and the 3.5mm headphone jack. 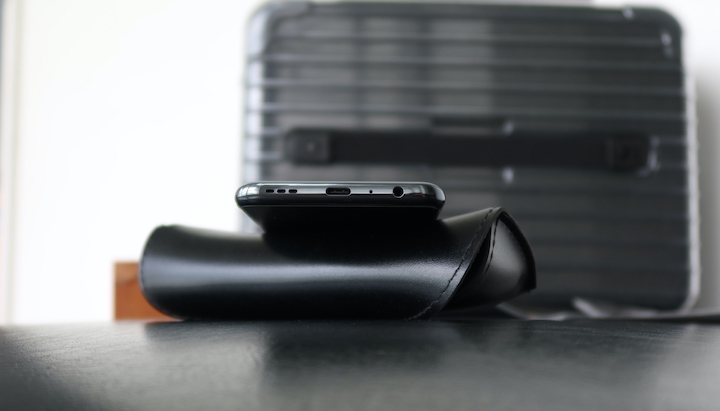 Upfront, the realme GT Master Edition flaunts the same display as the realme GT 5G. That’s a 6.43-inch Samsung Super AMOLED screen with relatively slim bezels, a punch hole notch on the upper left for its 32MP selfie camera, the call speaker on the top bezel, and an in-display fingerprint scanner that’s placed on the lower part of the display. By the way, we also get a pre-installed screen protector already. 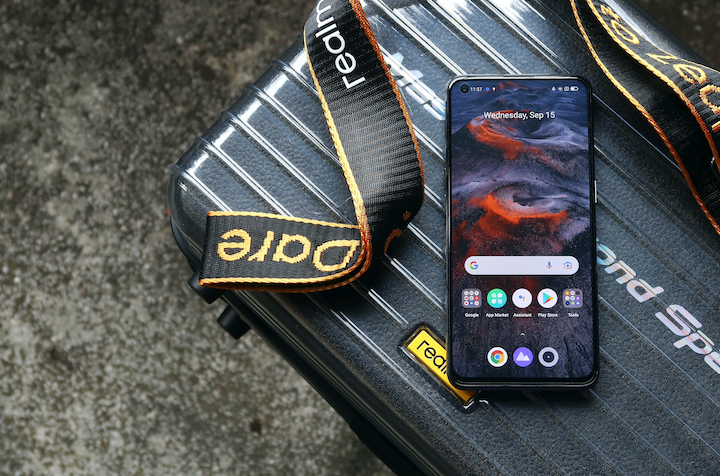 Specifically, this screen has a resolution of 2400 x 1080px, a pixel density of 409ppi, a 120Hz high refresh rate, and a 360Hz touch sampling rate. Scrolling through, so far we get that smooth navigating experience that can be beneficial for gaming. 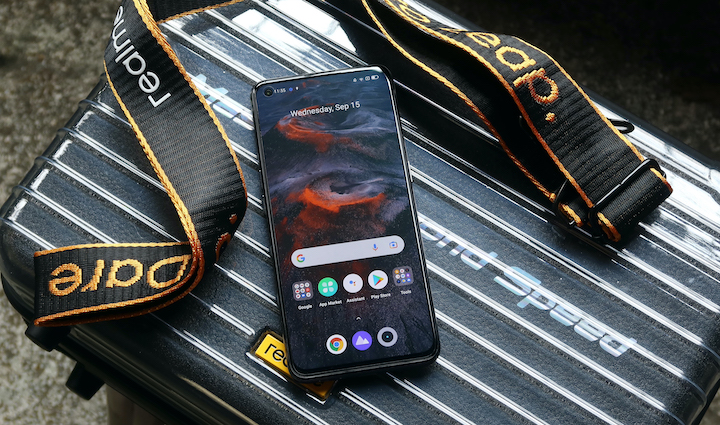 As for internals, the realme GT Master is equipped with a Snapdragon 778G 5G processor that’s paired with an Adreno 642L GPU, 8GB of RAM, 128/256GB of internal storage, and realme UI 2.0 for software that’s based on Android 11. 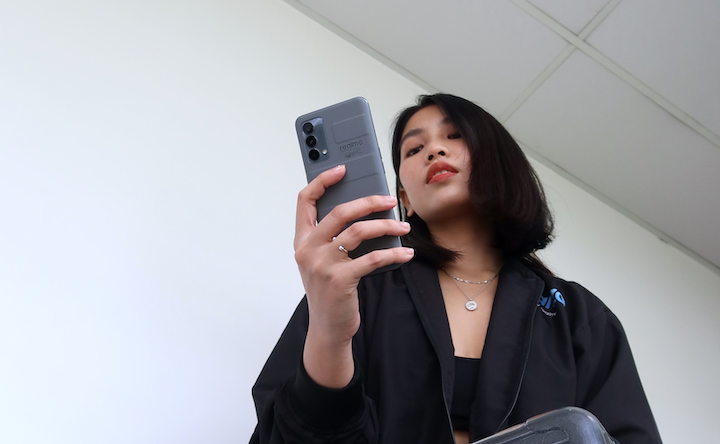 We also get a 4,300mAh battery capacity with 65W SuperDart Charge, which the brand claims to fully juice up the device in just 33 minutes. We’ll update you guys on this in our full review as well as how well its camera performs. In the meantime, check out a few sample photos that we got:


As for the price, the realme GT Master will be officially unveiled locally on September 23 at 6 PM on the realme Philippines Facebook page and YouTube channel, so stay tuned for more updates.