Xiaomi launched yesterday one of the most exciting smartphones of this year– the Mi Mix 2. The successor to last year’s Mi Mix comes with plenty of improvements which include its signature “bezel-less” design and more powerful internals. Check out its best features below. The Mi Mix 2 inherited the display design of its predecessor, meaning it has a large screen but with tiny bezels. The screen size was toned down though, from 6.4-inches to 5.99-inches with an 18:9 aspect ratio. It has a 2160 x 1080 FHD+ resolution giving the Mi Mix 2 a higher pixel density of 403ppi. In addition, Xiaomi has also reduced its chin size by 12%, making the display more dominant on the front. 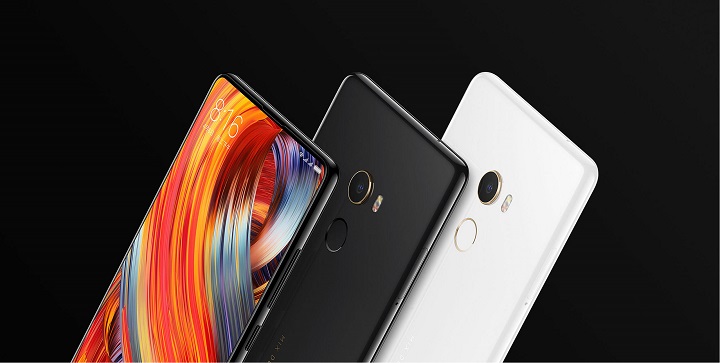 The Mi Mix 2 is one of the most premium smartphones around which is evident in the materials used for its body. We’re talking about a four-sided curved ceramic body (unibody for the Special Edition) that comes in black and white (Special Edition). Like its predecessor, it is designed with the help of French designer Philippe Starck. It’s glossy, most likely a fingerprint magnet, but the package comes with a case to protect it from scratches. Last year’s Mi Mix packs a Snapdragon 821 processor and 4GB / 6GB RAM. The Mi Mix 2, on the other hand, sports a Snapdragon 835 processor, starts at 6GB RAM with an 8GB RAM for the Special Edition, and 64GB / 128GB / 256GB UFS 2.1. That doesn’t stop there though, as Xiaomi now installed an actual earpiece for taking calls, instead of a piezoelectric ceramic driver, Dual ADC HD recording, and Global LTE support (6 modes 43 bands). Powering it is a 3,400mAh non-removable battery. The Mi Mix 2 sports a 12MP Sony IMX386 sensor which is the same sensor used on the Mi 6 and Mi Max 2. It has a pixel size of 1.25um supports 4-axis optical image stabilization and Phase-Detect AF. In addition, it has 4K video recording at 30fps and Slow Motion 720p video at 120fps. The front camera, on the other hand, is a 5MP sensor which is the same as the Mi Mix but reduced in size so it can be housed in the smaller chin.

And that sums it up. The Xiaomi Mi Mix, unfortunately, is not offered in the Philippines officially, but you can expect it to be available in some online stores soon.

Camera performance is just average. OIS feature is also not great. Watch the review in youtube.

These winning feature articles are so shit. Nothing’s really specific about the phone. You can basically say those things to about any other high-end smartphones. Fucking idiot filler Louie.

Meh. Heard this one before.

How good is the camera? Good enough to take action shots?