Acer has just unveiled at Computex in Taiwan its latest Android smartphone that sports a 5.7-inch HD display with dual-SIM capabilities, the Liquid S1. 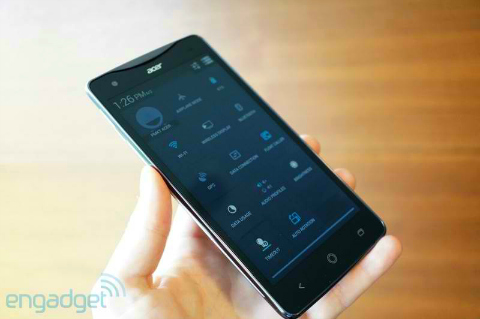 Powering the device is a Mediatek quad-core processor clocked at 1.5GHz, 1GB of RAM, and an almost stock Android 4.2 Jellybean. There’s no support for LTE though which is a compromise for having dual-SIM capabilities.