An Early Look into the Samsung Galaxy S7

An Early Look into the Samsung Galaxy S7

Just as always, there has been a lot of speculation on upcoming flagship phones, and today, with all of the buzz on what’s coming this year, we’re giving you a glimpse of what to expect with Samsung’s Galaxy S7.

Remember to take all of this in as pure speculation. We’ve gathered bits of information that we can, and with our thoughts, we aim to predict and inform everyone on what the Galaxy S7 is going to be like when it releases soon. 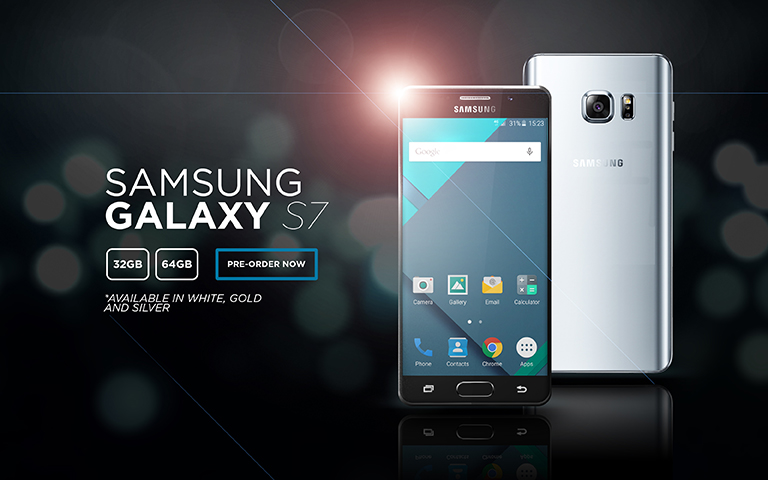 With the Galaxy S6 carrying a 5.1-inch QHD Super AMOLED Display, there’s no way that we’re going to see anything less of that – but we’re not going to see that much more either in terms of screen size and resolution. What we will probably see however is Samsung’s inclusion of a pressure-sensitive display like Apple’s Force Touch. We don’t know what they’ll call it, but it’s probably going to make it into this year’s flagship phone.

And speaking of the phone itself, witnessing the positive reception of the Galaxy S6 and the Galaxy Note 5’s design, Samsung is far from overhauling the Galaxy design once again. We’re going to see the device made out of glass and aluminum one more time, most likely holding the display with lesser bezels. If you look at it upfront, you might not be able to tell them apart immediately (it could be less rounded), but rumor has it that the back should have the same curved glass design to make it feel more compact like the Galaxy Note 5. Take this last rumor with a grain of salt as we’ve only heard it once, but dust-proofing and water-proofing may create a comeback with the GS7, but we’re not really counting on it.

Now here’s a part that isn’t crystal clear: the camera is either going to increase its megapixel count to 20, or it’s going to be smaller at 12 megapixels compared to last year’s 16, but with larger pixels to take in more light. Either way, one thing is for sure – Samsung is working on a new and better sensor compared to last year’s already stunning one. They’ve even went as far as already trademarking the word “BRITECELL” for their new technology.

And as for the other things, the Samsung Galaxy S7 is expected to come running with Android Marshmallow & TouchWiz on either the new octa-core chipsets Snapdragon 820 or the Exynos 8890. It’s going to have 4GB RAM, 32 or 64GB memory with the return of expandable storage, a 5 megapixel front-facing camera, USB Type C, Fast Wireless Charging, possibly an Iris Scanner in addition to the other sensors on the phone, and an impressively larger 3,000mAh battery for the standard SGS7, and a 3,600mAh battery for the SGS7 Edge.

The Samsung Galaxy S7 and Galaxy S7 Edge are expected to be officially announced at Samsung’s Unpacked Event in Barcelona this upcoming February 20 or 21 with similar prices to the Galaxy S6 & S6 Edge during last year’s launch.