AnTuTu, maker of the most popular smartphone and tablet benchmarking utility for Android, AnTuTu Benchmarks, has released a list of their ten top performing smartphones for Q2 of 2014.

AnTuTu’s list is based on the average scores that users submitted from April to June 2014 using AnTuTu Benchmark V4. 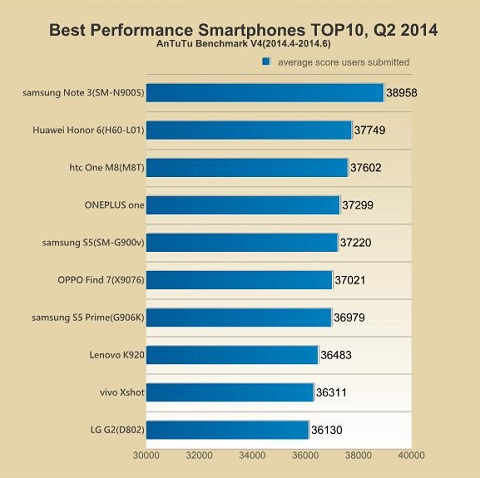