We’ve had our takes on the latest Zenfone 2s namely the Selfie and Laser. Now we have the high-end variant among the series which is the Deluxe. It’s a bit similar to the other Zenfones but this one boasts a 128GB internal storage with 4GB RAM — not mentioning a very unique back cover. While we prepare the full review of the device let’s first take a quick look of this device up close. 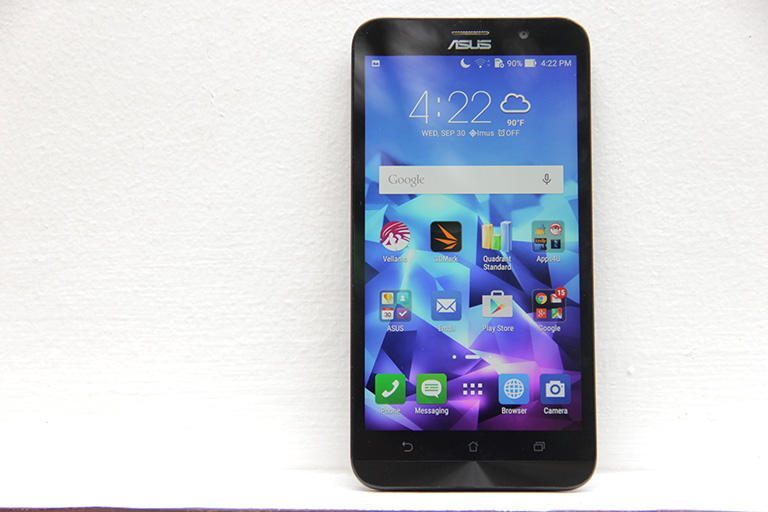 Just like the Selfie and Laser, the Deluxe flaunts a 5.5-inch display that fits 1080p resolution. It is then protected by Corning’s Gorilla Glass 3 that should protect it from light scratches. As usual, three capacitive buttons are present and don’t light up. One of the things that make this device stand out in the crowd is its special back cover that touts the company’s design language for this device. The company describes this pattern tessellated triangles that show off a crystalline look.

Truly, it’s not something usual that you see on smartphones so it will most likely make you give a second look when you see it. We’ve had it only for a while and people who’ve seen it expressed their curiosity on the phone. The device is equipped with a 13-megapixel PixelMaster rear camera with f/2.0 aperture and real-tone dual flash right above it. It’s different from the Selfie or Laser since both of those have the flash on the side, rather than up top. Below the sensor, we still have the volume rocker layered with the company’s concentric circle design.

What’s interesting about these triangles is that they change color depending on how the light bounces off of them. Check out the different angles of the Deluxe: Just like the other Zenfones, the back cover could be pried open via the small gap on the lower edge. 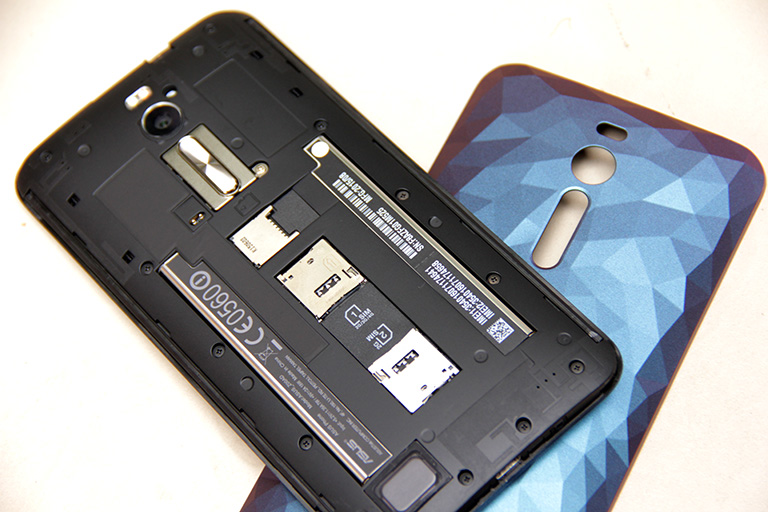 Once popped open, you would be greeted with its unremovable battery with a capacity of 3000mAh. Also hidden here are the dual-SIM slots and memory expansion via microSD.

Running on an Android Lollipop version 5.0 with the company’s ZenUI layered on top, the handset showed snappy performance while browsing through its UI. As mentioned earlier, storage won’t be a problem with the Deluxe since it carries 128GB of space with 111GB available right off the bat.

It’s got a lot of pre-installed apps but again, isn’t a problem, storage-wise. Still you can uninstall some of them if you don’t want extra clutter on your screen.

That’s it for now and stay tuned for our full review that’s coming out in a couple of days.