Last MWC 2018, ASUS launched three new ZenFone 5 smartphones, but in this review, we will be taking a closer look at the most affordable one in the line-up. It packs an 18:9 display, a quad-camera setup, and a Snapdragon 630 chipset — it’s the Zenfone 5Q, or globally known as the Zenfone 5 Lite. Let’s find out if it deserves to be in the lineup in our full review. 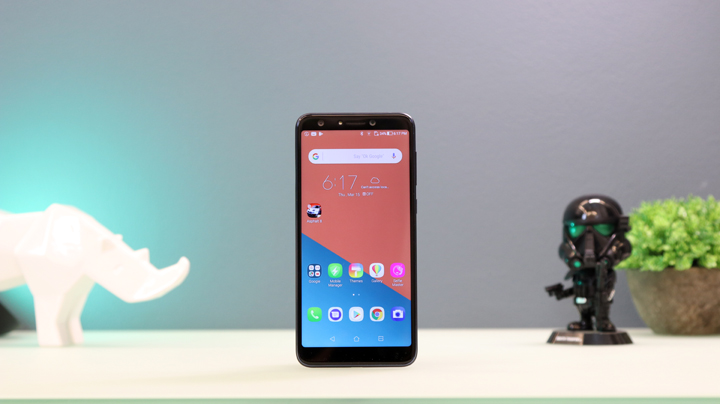 Author’s Note: The unit we have for review is the Snapdragon 630 variant.

Before we begin, you can watch our unboxing and hands-on videos of the device below.

The ZenFone 5Q uses a different design compared to the rest of the family, which is most evident at the front. There are no capacitive buttons for a cleaner look, while the fingerprint scanner is placed at the back of the device. Still, it’s a premium looking device with 2.5D curved glass at the front and back.

At the front is a 6-inch display with the 20MP main and 8MP wide-angle cameras, IR blaster, LED flash, call speaker, and an LED notification light sitting on top of it. 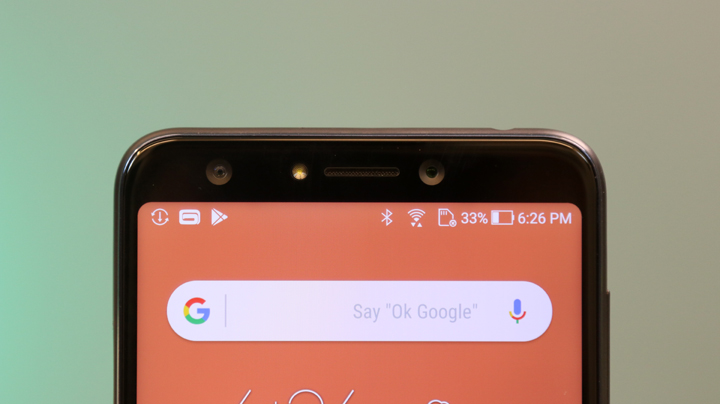 The volume rocker and power button sit on the right side. 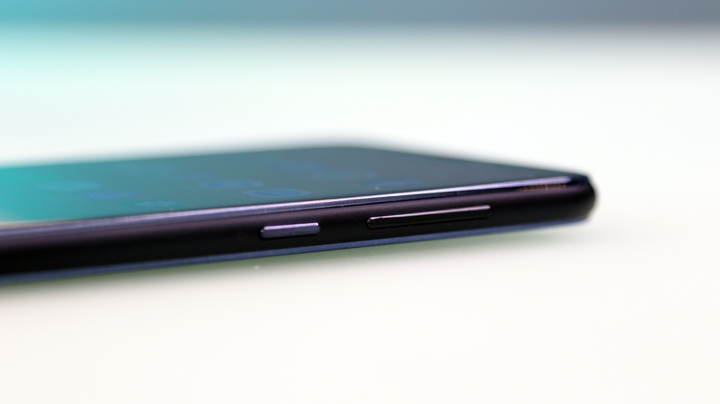 The left side contains a dual-SIM (nano) card tray with a dedicated microSD card slot, which is better compared to a hybrid setup. 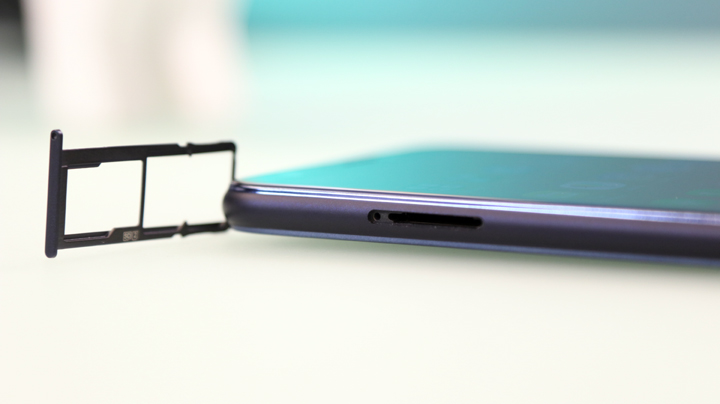 At the top are two holes for the 3.5mm audio port and the secondary microphone. Below are the main microphone, the loudspeaker, and sadly, a micro USB port instead of Type-C. At the back, we have the 16MP + 8MP wide-angle dual cameras with dual-LED flash. Sitting just below them is the fingerprint scanner. 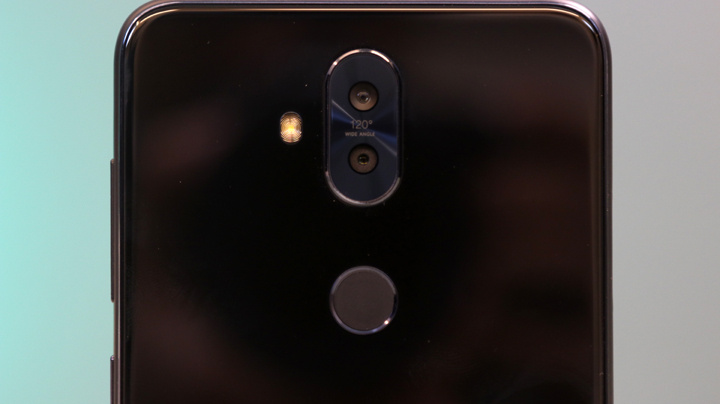 The ZenFone 5Q feels very solid and relatively hefty in the hands and is definitely well-built. While the device looks good, having 2.5D curved glass panels on both sides can be a disadvantage as it easily attracts fingerprints and smudges. If opt out of using a case, you’ll find yourself cleaning the back part quite often.

The Zenfone 5Q is equipped with a 6-inch 18:9 display with a 2160 x 1080 resolution, which equates to 402ppi. This display setup is not bad especially for users who are fond of playing games and watching videos. Color accuracy is good while viewing angles are not bad either. Brightness is not an issue as well and is legible when used outdoors. 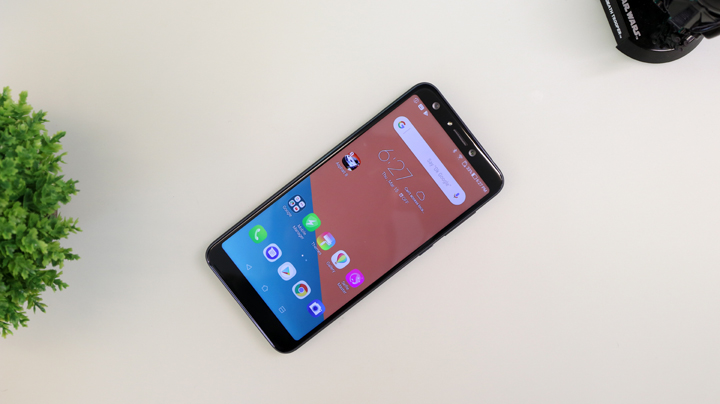 As for the loudspeaker, the sound quality is nice and crisp with good highs and mids, but weak lows. It’s good enough for casual listening, but if you want to have a better audio experience right off the bat, we advise users to use the earphones included in the package.

Sadly, the Zenfone 5Q runs on Android 7.1.1 Nougat right out of the box instead of the more current Android 8.0 Oreo. It uses the company’s ZenUI 5.0, which is cleaner and simpler than previous versions. Apps can be accessed by simply swiping up from the bottom of the home screen. 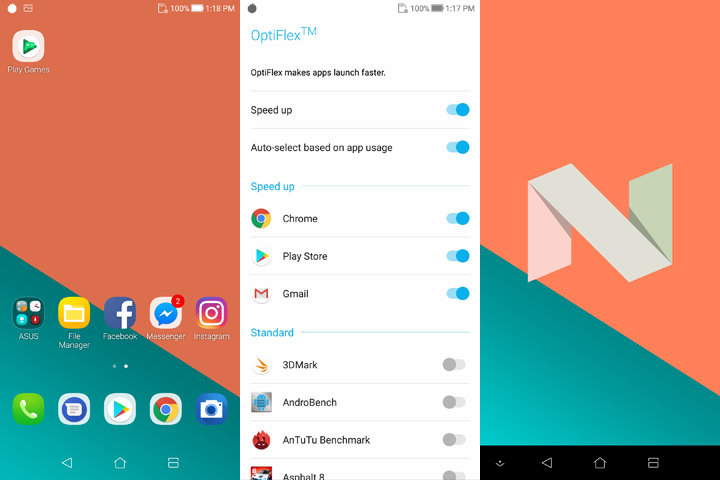 Pre-installed applications include Facebook, Messenger, and Instagram along with the usual Google apps and ASUS native applications such as Mobile Manager, Selfie Master, ASUS customized settings, and ZenUI safeguard. 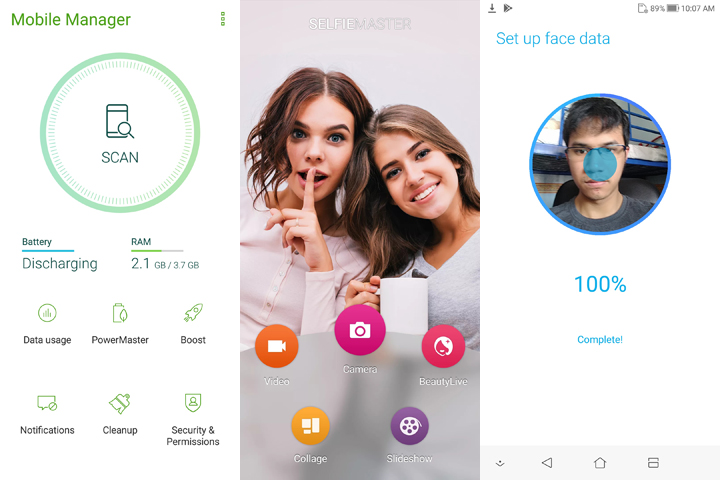 Out of 64GB, the ZenFone 5Q leaves us with 50.92GB of usable storage that can be expanded via the dedicated microSD card slot.

When it comes to imaging, the ZenFone 5Q boasts a quad-camera setup consisting of a 16MP primary and an 8MP 120-degree wide-angle secondary at the rear, and a 20MP main and an 8MP 120-degree wide-angle secondary on the front. One thing to note is that when we tested the smartphone’s camera right out of its box, the live view hangs upon switching lenses and even after taking shots. This issue was, however, fixed right after we updated its firmware. The front camera also brings with it Face Unlock, although it only really works well in bright conditions. As a security feature, it’s simply just not as reliable as the fingerprint scanner. 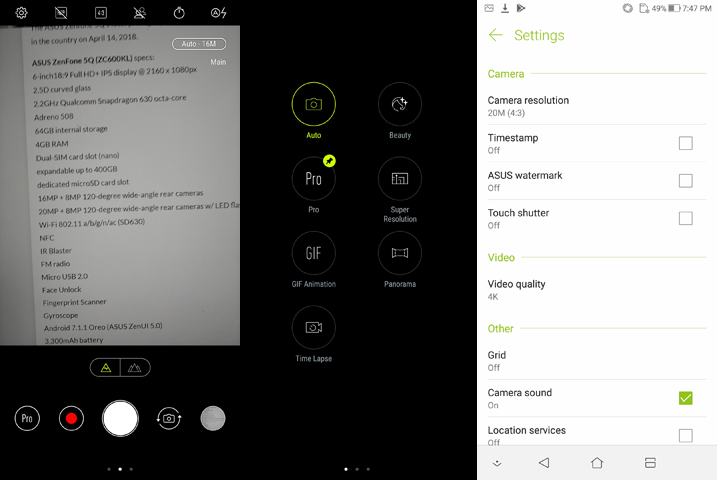 When it comes to features, it has Beauty, Super Resolution, Panorama, Auto, Pro, GIF, and Time Lapse. Users can also choose to activate HDR and Bokeh effect, or switch between cameras. Like with most smartphones, the quality is good with vibrant colors and sharp details, especially when shooting in bright environments. As expected, quality degrades when shooting in low-light as resulting images are muddy and grainy.

As for the front cameras, like the rear, they also work well when there’s sufficient lighting, but images can get overexposed. In dim conditions, details appear soft and smudgy. Check out the samples below.

Against the light wide-angle

The ZenFone 5Q can shoot videos at a maximum resolution of 4K at 30fps. The quality is good, but is prone to shakes and constant re-focusing. Another downer here is its inability to switch lens while recording. Watch the sample below.

The Zenfone 5Q runs on Qualcomm’s Snapdragon 630 processor paired with an Adreno 508 GPU and 4GB of RAM. So far, performance is good as UI navigation is smooth, applications launch fast, and we never encountered any crashes or random reboots. 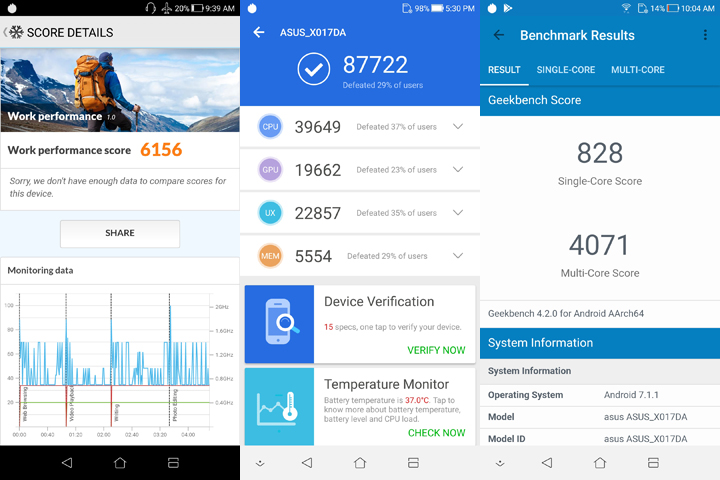 Here are the benchmark scores that we got:

Gaming is not an issue as well as Rules of Survival, Sky Dancer, and Asphalt 8 are highly playable. Some frame drops are noticeable in action-packed scenes, but lowering the graphics settings a bit should solve that. Like with most devices, warming can be felt at the back while gaming but not serious enough for it to be uncomfortable.

The Zenfone 5Q comes with LTE, WiFi, Bluetooth, NFC, and GPS. Both the SIM 1 and SIM 2 are capable of connecting to the 4G network. It doesn’t have Temperature and Pressure sensors, but that’s not really a huge loss. It’s a good thing that it does have Gyroscope so users can enjoy VR applications. 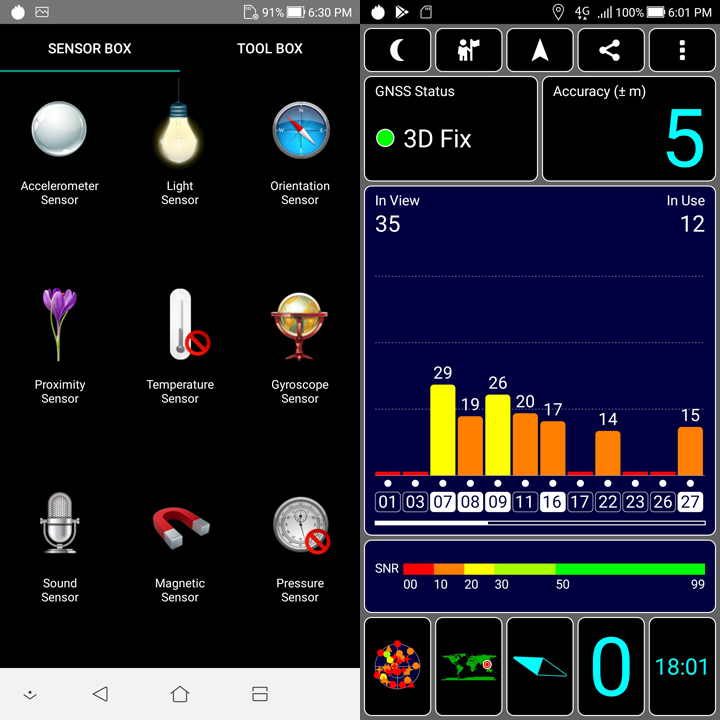 We did not encounter any problems when receiving or making calls as they’re loud and clear, while mobile data connection is fast as long as we have a good LTE signal. GPS works well and had no issues with navigation apps such as Google Maps, Waze, Uber, and Grab.

The Zenfone 5Q is powered by a 3,300mAh battery which is of average capacity for a mid-ranger. It can last us a whole day of mixed usage, which consists of constant WiFi connectivity, heavy social media browsing, and photography. 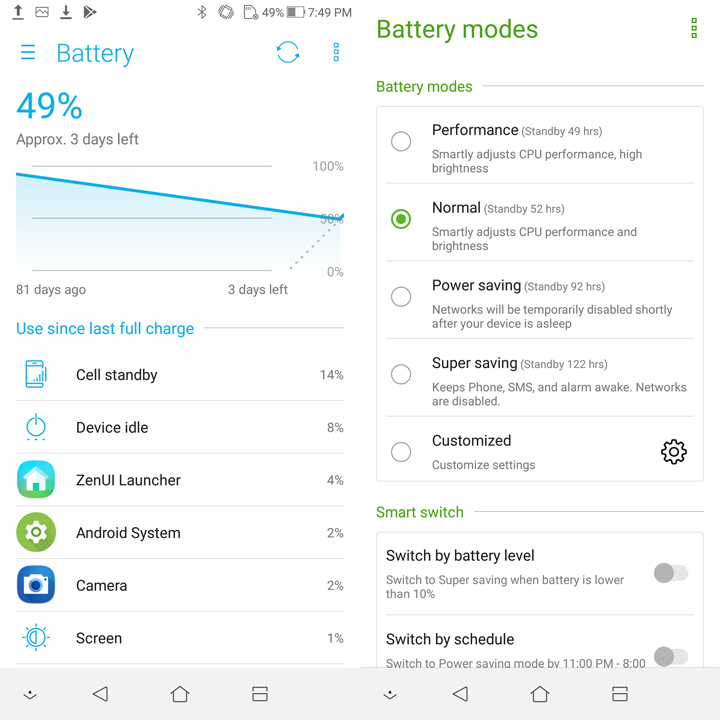 Our video loop test, which involves playing a 1080p video on loop in Airplane mode at 50% brightness and volume with a headset plugged in, got us 14 hours and 18 minutes of playback which is above average. You can extend its battery life by choosing a power saving mode in the Power Master settings. Charging, on the other hand, takes around 2 hours from 0% to 100%.

Note: PC Mark battery bench result is not available as it keeps on stalling during our testing.

For a mid-range device, the ZenFone 5Q was able to handle almost everything we threw at it thanks to its Snapdragon 630 chipset and 4GB of RAM. The 6-inch 18:9 display offers a good viewing experience which is good for those who like watching movies or playing mobile games. Imaging-wise, it’s promising and good enough for casual users, but as a selfie-oriented smartphone, it failed to impress. Still, we recommend this phone for its merits, especially if it is priced right. The ASUS Zenfone 5Q’s local pricing is yet to be announced. The device will have its official launch in the country on April 14, 2018.