We’re here at the official launch of the ASUS Zenfone Zoom in Cebu City, Philippines and we take a quick look at the phone as well as the photos that it could produce straight from its shooter. 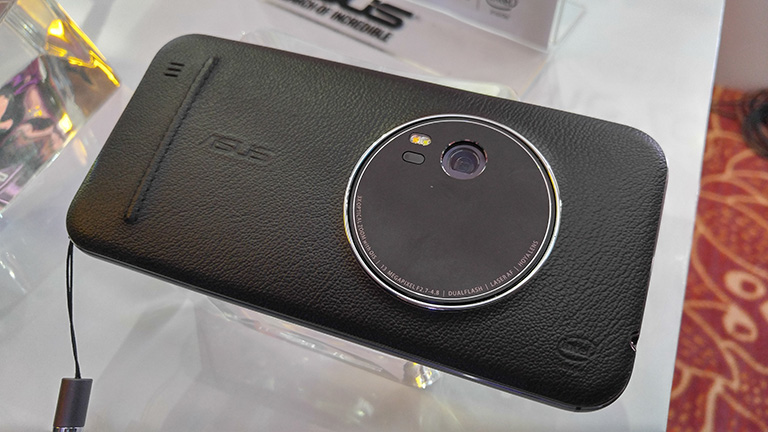 As we know, the Asus Zenfone Zoom is a pocket-camera smartphone capable of 3x optical zoom, as the name suggests. It also has optical image stabilization and laser autofocus working together to give a clearest and sharpest image it can do. It’s powered by an Intel Atom Z3590 quad-core chip with a maximum clock speed of 2.5GHz per core.

During our short time with the Zoom, our initial impression is that it sits well on the hand and its ergonomics has been designed for easy shooting. The implementation of its physical shutter button does not only makes it easy to shoot or start recording video, but it also functions as a shortcut button to the Camera app — for those times that you quickly need to whip out your camera. It’s a bit heavy, too, but its 5mm at thinnest metallic unibody makes up for that weight since it’s easy to handle.

Check out more of the device in this collection featuring its form factor and button placements:

We were excited to know what kind of photos the Zenfone Zoom could produce, so we fired up its camera and took the following shots on Automatic settings. We will have more sample photos as we take the device out for a test run later today. For now, here are the initial images:

In terms of image quality, we feel like some of the colors are washed out and not as vibrant as we want them to be. Details on images are impressive, thanks to the 10-element Hoya lens partnered with a 0.03-second laser autofocus. Do take into consideration that the above shots were taken indoors, so we still have to find out how it would perform with an abundant light source.

Below is a quick run-through on the user interface of its Camera app for the full manual controls:

The Asus Zenfone Zoom will retail for Php26,995.

camera centric phone? wew mediocre quality pics, even 2014 flagship has better quality than this crap. for the price go for sammy or lg way better than this zen zoom.

oh come one asus, same price na to with the G4, which is technically the cameraphone to beat, manual controls-wise. (sorry lumias, image quality naman panalo sa inyo)
sell this for below 20k and now we’re talking.

this is nothing, compared to the Lumias! :D

i still take pride of my LG G4 heheh