In addition to the three new octa-core smartphones that the company unveiled during their grand launch, Blackview Philippines also launched three new smartphone under the brand’s Jk-series lineup. It comprises of the Jk606, Jk450 and the Jk900. 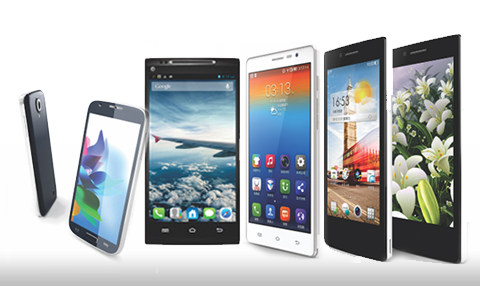 Of the three smartphones, the Jk606 is the least expensive, sporting a price tag of only Php3,999. This dual-SIM handset features a 5-inch display with qHD resolution, 5MP Rear camera and 2MP on the front and runs on Android Jelly bean on the onset. The inner workings of the JK606 comprises of 1.3GHz dual-core processor with 512MB RAM and a modest 4GB of internal storage which can be expanded up to 32GB through a MicroSD card.

Next up we have the Jk450 which sports a smaller display and lower pixel count than the Jk606. This dual-SIM smartphone costs Php1,000 more than the Jk606 which can be attributed to the higher RAM, two additional processor cores, the use of IPS panel on the screen, better rear camera and slightly higher battery capacity. Lastly, we have the Jk900 which is the most expensive of all the quad-core smartphones that Blackview Philippines recently unveiled. It’s got the same screen size as the Jk606 but with 720p resolution and IPS OGS panel to boot. It also has twice the amount of RAM and internal storage found on the Jk606. Of the three Jk-series smartphones, the Jk900 is the only one running on Android Kitkat right off the bat and the only one that has a 5MP front camera which is paired to a 13MP snapper at the back. Sadly though, the Jk900 shares the same battery capacity of the Jk606 despite of the fact that the handset had to push more pixels in a larger real estate.

It’s still uncertain which local distributor/retailer will sell these new Blackview Jk-series smartphones. But if you’re interested in getting one, you can order one by contacting Blackview Philippines through their Official Facebook fanpage.

You sound so stupid Mate. Do you mean Just Kidding?

waiting for your review guys!