Internationally announced at MWC in Barcelona last March, Cherry Mobile‘s Alpha Neon is a Windows-powered phone that packs modest specs. It came back-to-back with the Alpha View and are priced similarly. Check out what it could offer for both old and new Windows users in this quick review. 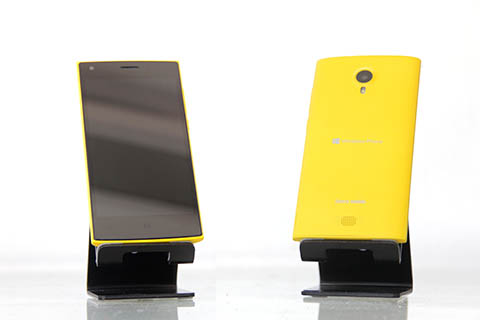 The Alpha Neon touts a 5-inch IPS display on a 720p resolution screen. It’s also got 294ppi which is just the right pixel density for a display this size and resolution. 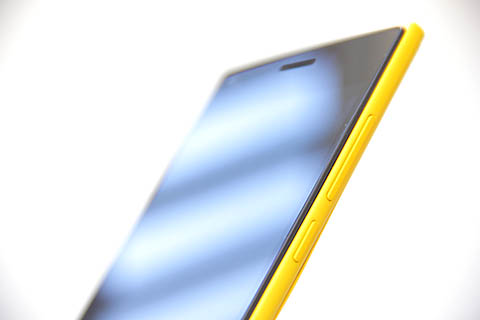 The power and lock button are found on the right strip at the upper part of the device, which is easily reachable whether you’re a lefty or a righty. Connectivity ports are found up top. Here we have the audio jack and microUSB port just above the speaker for calls and front-facing camera. 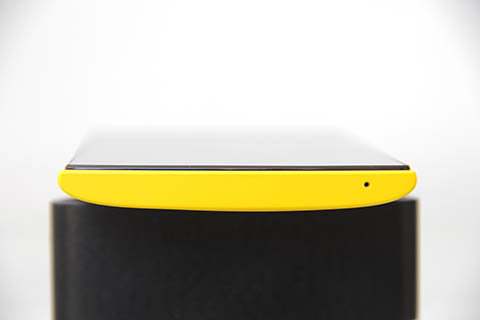 The entire form factor uses cornered edges in some areas and smooth in others. This, in turn, feels ergonomically sound to hold. 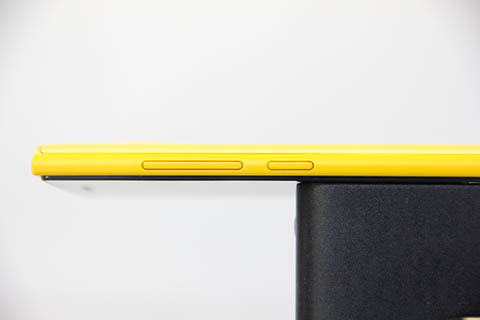 A closer look at its display panel shows that it is embossed from the body. 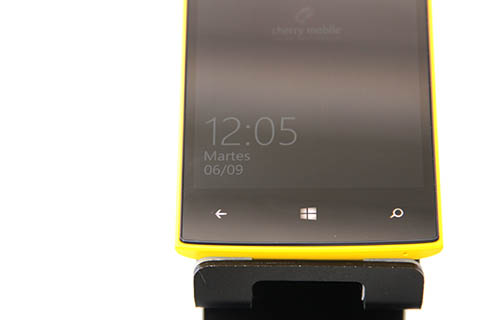 The Alpha Neon employs the usual three capacitive buttons: There is the Back, Home, and Search. Previous Windows Phone owners should have no problems navigating through its UI. 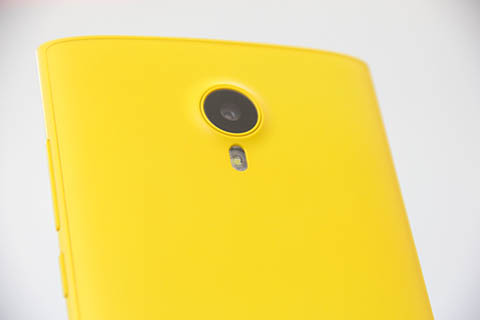 Its rear camera is placed right smack in the middle of the upper back panel and is accompanied by a single LED flash. 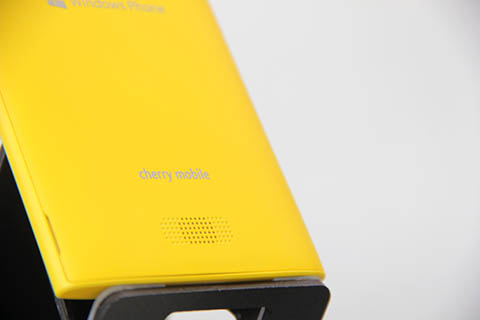 The speaker grille is found down below. After playing some video clips we noticed that they are physically weak, so you’re better off using headphones to better enjoy what you watch or listen to. The back cover is removable which will introduce you to the SIM card trays and microSD card slot. We’re also glad to report that its 2000mAh battery is removable. This makes it possible to buy an additional battery pack in case you experience a problem with the current one, or you could have it as spare when you’re on-the-go.

Physically, the Alpha Neon is a narrow device which made it a bit tall for one-handed usage. We felt more comfortable using both hands to operate it. Carrying an 8-megapixel rear shooter, the Alpha Neon takes decent images even in low light situations. With the sample image above, digital noise is present yet it was still able to capture good details. In this aspect we didn’t have any major complains, although it did take some time for the camera to focus on its subjects.

Here are a few more shots taken with its rear camera:

Typing on the handset felt like the letters were too squeezed together, yet it was oddly a comfortable experience. The only issue was that we tend to press the wrong letters when we typed the above sentences in normal speed. 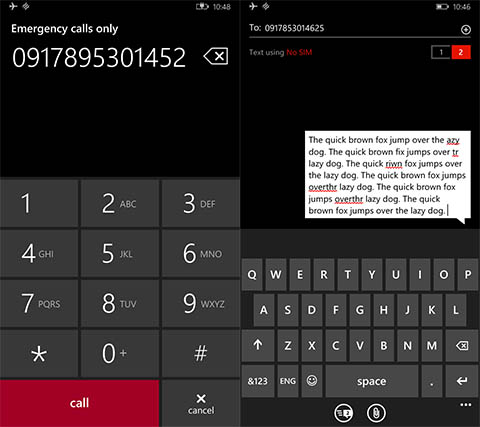 The device runs on a Qualcomm Snapdragon 200 processor with four cores clocked at 1.2 GHz. Browsing through its Windows OS, things were snappy and responsive. In fact, we didn’t experience any noticeable lags during our time with it. Despite its not-so-beefed-up CPU and 1GB RAM, it was able to take on casual tasks with a breeze. We tested its battery life by looping an HD video on Airplane Mode, Medium brightness, 50% volume, and battery-saver turned off. This resulted to 5 hours and 23 minutes of continuous playback.

The Alpha Neon feels like a premium Windows phone in terms of hardware. Although we had some minor problems with how its touchscreen perceived our touch input, the overall feel of the device didn’t feel cheap. Browsing experience was also snappy — its Windows 8.1 OS was responsive and we didn’t come across any major hiccups despite its modest internals. Its 2,000mAh battery lasted over 5 hours, with power-saver turned off so there’s still a possibility of stretching that out. Camera quality was also decent, even shooting at dimly-lit places. Lastly, it carries an affordable price tag of Php3,999 which won’t break the bank for those looking for a Windows-powered daily driver.