Cherry Mobile is perhaps the most aggressive of all local phone brands. This is evident with their frequent product launches and the introduction of the Cosmos series, specifically the Cosmos Z. Check our full review of the Cherry Mobile Cosmos Z after the jump.

Cherry Mobile has come a long way from creating entry-level feature phones to pushing the prices of Android smartphones to insane levels in the local market. Now, they’re doing it again but this time, its a jab at the flagship category. 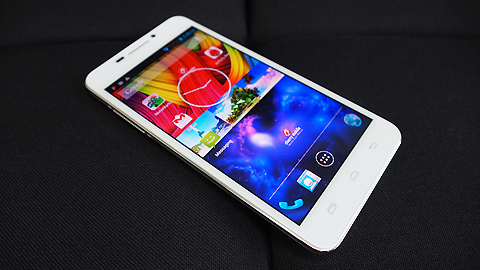 By flagship handset, we mean large full HD displays, quad-core processors, and the close-to-the-latest Android flavors. The Cosmos Z is, by far, the only evidence that obviously points to that direction.

The Cosmos Z looked very simple and unassuming. Much of what it can boast are all hidden inside the 5-inch polycarbonate chassis. The review unit we got is the all-white variant with the front panel covered with glass from edge to edge, Android soft buttons at the bottom end and earphone speakers at the top end along with the front-facing camera and sensors. The volume controls are found on the left side, power button on the right side, the microphone at the bottom end, and the 3.5mm audio port and micro-USB port at the top end. The large 18-megapixel camera is found at the back side along with the LED flash and the phone speakers. The Cosmos label is smack in the middle and another Cherry Mobile logo painted in embossed at the lower corner.

The device looks really sleek and very slim, the pearl white color is accented with silver buttons and silver trimmings around the sides. The smooth, matte finish feels a bit slippery and attracts oil and smudges very easily. 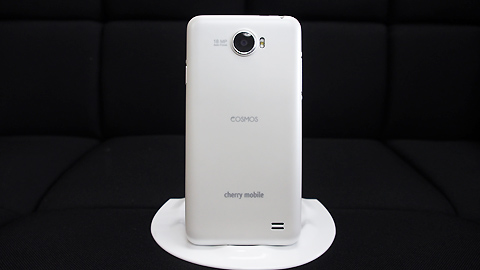 Over-all, it has a good build, nothing fancy and looking decent. Cherry Mobile’s formula for the Cosmos Z in the design department can go either way and it will boil down to personal preference.

The biggest feature that Cherry Mobile is very proud of with the Cosmos Z would have to be the full HD 1080p IPS LCD display. That basically puts it in the same league as the top flagship handsets of other global brands, like the Galaxy S4, HTC One and Xperia Z1. The front panel is completed covered by tempered glass, the display is surrounded with narrow bezel that allows some space for capacitive buttons. If you want to nitpick a bit, you will notice a little black gap (about a millimeter wide) between the bezel and the border of active screen.

Needless to say, the screen is very sharp, clean and crisp. This becomes more evident when you’re browsing the web, viewing hi-res photos or watching a full HD 1080p video. 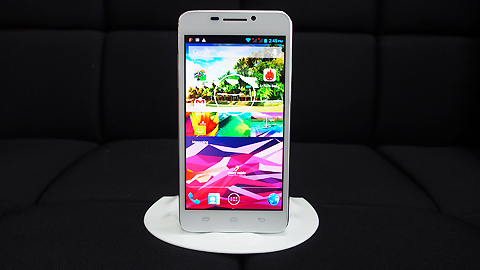 It is very rare for a local brand to go as high as this type of display but Cherry Mobile has proven they can do better than what the market expects of them. On that note alone, props to Cosmic Technologies for pushing the boundaries in the smartphone market.

Cherry Mobile did not really touch the vanilla UI of Android Jellybean. If there were some customizations made, these were mostly light cosmetic additions like home wallpapers and pre-installed apps like Cherry Fun Club, eWarranty, Cherry Play and Software Update (OTA). The Cosmos Z comes with Android 4.2.1 Jellybean right out of the box making it at par with most other handsets released this year. Access to Google Play gives you choice of hundreds of thousands of free apps and games. Customization is available via several themes and Home Launcher apps. 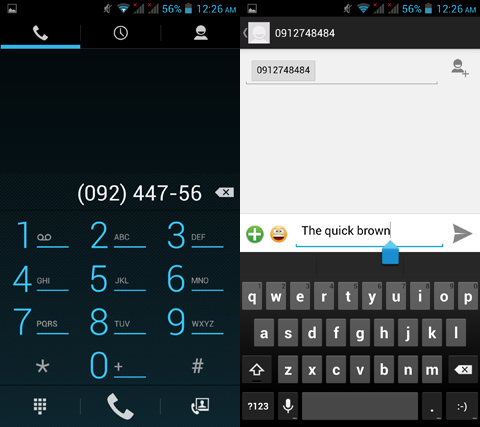 The virtual keypad for making calls and keyboard for SMS is as plain as you can get and should be familiar if you’ve tried the vanilla UI of Android Jellybean. As an option, Cherry Mobile has pre-installed TouchPal V5 should you wish to change the keyboard layout.

On paper, multimedia is supposed to be a strong suit for the Cosmos Z especially with its full HD 1080p display and an enormous combo of 18MP and 8MP rear and front-facing cameras. 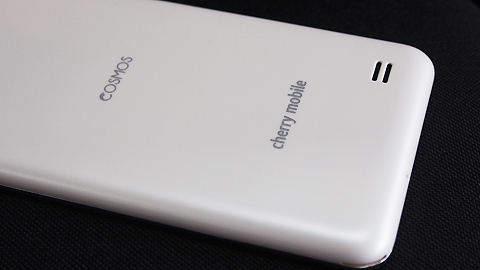 As mentioned earlier, the full HD display coupled with IPS LCD provides great video experience for the user. The same is true with mobile gaming. However, we noticed that the resulting audio from movies are a bit weak than normal. 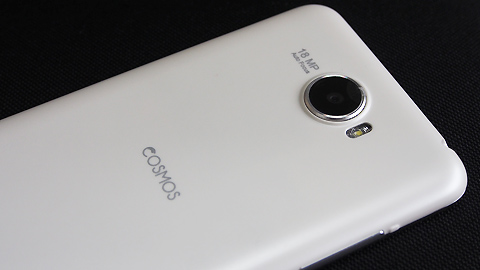 The speakers at the back seemed to do its job when playing MP3 music or even with games. Despite it lacking in bass, the volume is more than enough to fulfill our needs.

The 18MP rear camera was very controversial since it rode on the megapixel marketing hype. Nevertheless, we were after on image quality rather than image size. Here are the sample photos we got using the rear camera.

We were initially skeptic with the performance of the camera but the results showed above average picture quality.

Here’s the sample HD video we got from the same camera:

Don’t forget to tick the 720p or 1080p video in the quality settings before playing.

We were actually fairly impressed with the image quality. The camera apps was full of options and settings for tweaking the performance of the camera. There was no option for a 16:9 aspect ratio though and everything was in 4:3 aspect ratio.

There were occasions when we notice some significant lags. This was evident when we first used the phone that had Live Wallpaper running on the background and transitions were a bit choppy. It only disappeared when we changed the background to a static wallpaper. It’s curious though that CM used a custom Live Wallpaper as the default background without checking the user-experience at that level. 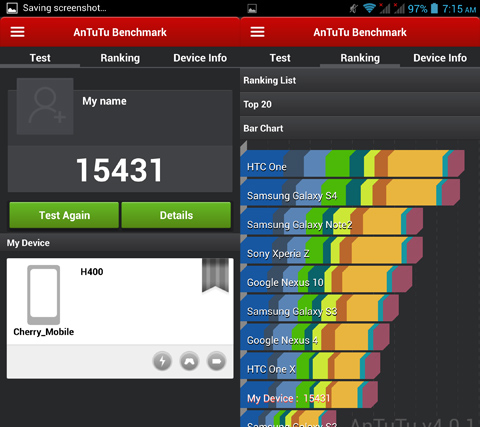 We played a number of usual games on the phone without any problems — starting out with simple ones like Fruit Ninja, to Temple Run 2 and Fast Racing 3D. For the most part, gameplay is smooth and appealing. Graphics might sometime become pixelated especially when they’re designed for 720p instead of full HD 1080p like the display of the Cosmos Z. Our benchmark results show some struggle by the Cosmos Z in the graphics department, mainly due to the number of pixels it has to push per frame. Nevertheless, the numbers are still good enough with a Nenamark 2 score of 33.9fps.

Quadrant Standard gave the handset a score of 4,674 while Antutu Benchmark scores reached a high of 15,431.

The Cosmos Z uses a dual-SIM functionality although only the primary SIM has 3G capabilities. Call quality is good though not as clear as we would have wanted. This is probably due to the lack of a secondary noise-canceling microphone. SMS delivery works fine and there was no noticeable delays in sending and receiving text messages. The handset is all the connectivity options required from it — from cellular data, WiFi, Bluetooth, GPS and stereo FM tuner. What’s obviously missing is LTE capability and NFC connectivity we normally see in other flagship handsets. This is an inherent disadvantage when using a more affordable Mediatek processor where LTE and NFC are not yet integrated into the chip, unlike Qualcomm. Based on our standard test bench for battery life, we were able to last up to 7.5 hours playing a full HD 1080p video at 50% screen brightness and 0% volume. That’s slightly lower than our average of about 9 hours on most other flagship handsets.

Cherry Mobile has a solid contender in the Cosmos Z. Pretty solid set of hardware, good camera, impressive display — all in a very affordable price tag. We could not complain much except for the battery capacity.

With a suggested retail price of Php11,999, the Cosmos Z has the makings of a flagship smartphone at a mid-range price. It’s a proven and tested formula that will sell well.

What we did not like:
* Below-average battery performance
* Low internal storage

I bought a cosmos z recently. Ok naman ang performance except for the battery. I purchased it not only for its design but because I wanted to patronized Filipino products.

I’ve been browsing online more than 3 hours today, yet I never found any interesting article like yours.
It’s pretty worth enough for me. In my opinion, if
all web owners and bloggers made good content as
you did, the internet will be much more useful than ever before.

Harold Walach with the Samueli Institute for Information Biology, Northampton University in England, reported recently a double blind clinical control trail of homeopathic remedies.
All of the games are a total sure fire way to kill time anywhere you’ll be able to carry your i
– Device. Then, you can find people who follow an extremely regimented lifestyle.

This blog was… how do you say it? Relevant!! Finally I’ve found
something which helped me. Cheers!

Here is my web-site – desktop wallpapers

With a high number of hotspots available in the United
States, there are in fact thousands of people logging
in everyday to check their email or simply surfing the Internet in cafes, hotels,
airports and even in the park. The next thing you have to deal with is a network with a
WEP or Wired Equivalent Privacy. Once the router boots up,
your Wi-Fi network is ready for use.

the battery is not good every meanute is low bat